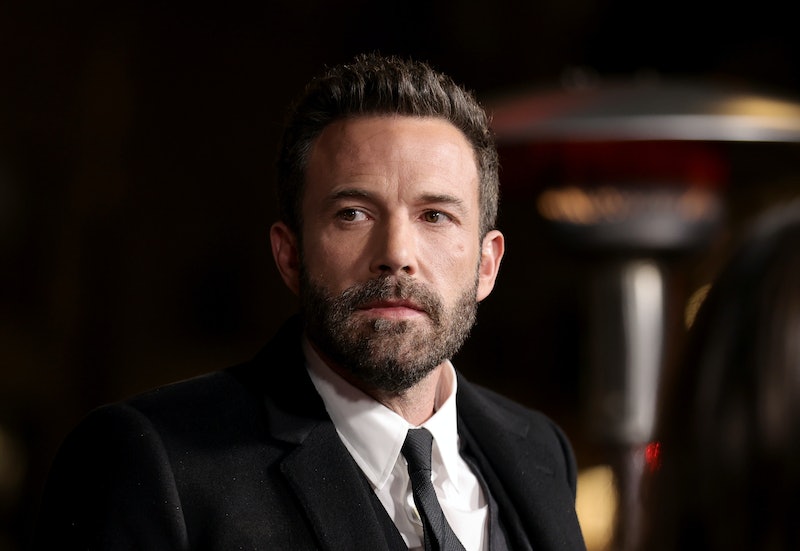 There’s no doubt about it — things are definitely looking up for Ben Affleck. In the past few years, the actor has been busier than ever, having appeared in Deep Water, The Last Duel and Zack Snyder’s Justice League, winning Oscars for Argo in 2013, and, perhaps more importantly, brought us all joy by tying the knot with Jennifer Lopez thus resurrecting the iconic celebrity pairing of Bennifer.

And now, on the cusp of turning 50, his life finally seems to be in order — and so does his bank account. After acting, directing, and producing for decades, Affleck has, unsurprisingly, amassed a pretty substantial net worth throughout his career. After all, he has appeared in numerous successful blockbusters, including Argo, Gone Girl, The Town, Good Will Hunting, and Batman vs. Superman, to name a few. The actor also owns a production company and some seriously impressive pieces of property (and is reportedly purchasing a house soon with J.Lo). Despite his penchant for Dunkin’ Donuts, Affleck’s wealth is copious.

So, just how much is Ben Affleck really worth?

Affleck’s main claim to fame is his work as an actor. Ever since the ’90s, Affleck has been a household name thanks to his work in films like Chasing Amy, Good Will Hunting, Armageddon and Shakespeare in Love.

Apparently, Affleck’s first acting pay check was a mere $30 for his role as an extra in the 1989 film Field of Dreams. “We were extras in Field of Dreams, I bet there were probably 3,000 extras in a big crowd scene when Kevin Costner and James Earl Jones are at the baseball game,” his longtime friend and colleague, Matt Damon recalled.

In the early days on his career, Affleck wasn’t too picky about his roles — in fact, he found he couldn’t refuse most roles because of the Hollywood pay checks. “Starting off, you have these ideas about success,” he told Entertainment Weekly. “You know, my mother made $28,000 a year. So I would be like, ‘How could I justifiably say no to this?’ Just not understanding the value of turning things down.”

According to Hollywood.com, co-writing the script for Good Will Hunting with Matt Damon earned the pair $300,000 each. Despite the film winning two Oscars (for Best Original Screenplay and Best Actor in a Supporting Role for the late Robin Williams) within a year, Affleck was reportedly “broke.”

As Affleck’s career progressed, his salary per film increased. In 2003 alone, for instance, he reportedly earned $11.5 million for Daredevil and $12.5 million for Gigli.

By 2006, Affleck had decided to stop caring about how much money he made for his films — instead, he focused on acting in films he cared about. “I decided to just do movies that I believed in... The movie that seemed to turn it all around was Hollywoodland,” he told Rolling Stone. “That was the first one, I’m not doing anything else for money or to position myself... I did that movie and it didn’t make a lot of money, but I liked it.”

In 2022, Affleck was also reportedly offered a mind boggling $30 million to reprise his role as Batman, which was make him one of the highest paid Hollywood actors ever.

Affleck doesn’t just make money by getting in front of the camera — he has also produced dozens of films and TV shows like The Last Duel, Justice League, and Argo (which won three Oscars, including Best Motion Picture of the Year), adding to his net worth.

In fact, Affleck, alongside frequent collaborator Matt Damon, owns a successful production company called Pearl Street Films, which the pair founded in 2012. In 2022, Deadline also reported that Affleck and Damon were planning to launch another production company. The two are currently working on an untitled drama film about Nike.

In addition to acting and producing, Affleck often puts on the director’s cap on his film projects. Over the years, he has directed films like Gone Baby Gone, The Town, Argo and Live by Night. As of 2022, Affleck is attached to three more films as a director.

As Affleck once told AV Club, he first began directing after his 2003 film Gigli flopped in the box office. “But if the reaction to Gigli hadn’t happened, I probably wouldn’t have ultimately decided, ‘I don’t really have any other avenue but to direct movies,’ which has turned out to be the real love of my professional life,” he said.

Over the years, Affleck has teamed up with several businesses. He has an ongoing partnership with WynnBet, the mobile gaming app by casino company Wynn Resorts.

Affleck has also appeared in ads for the men’s deodorant Lynx Click.

Like other high net worth celebrities, a significant portion of Affleck’s money is tied up in real estate.

In 2022, the actor reportedly purchased a $50 million mansion in Bel Air. According to Dirt, the 1930s home features 10 bedrooms, 17 bathrooms, four kitchens, a guesthouse, a huge pool, a movie theater, a wine cellar and a security suite for a live-in bodyguard.

What is Ben Affleck’s Net Worth?

More like this
Lizzo Twerks While Playing James Madison's 200-Year-Old Crystal Flute Onstage
By Radhika Menon
Everything To Know About Taylor Swift’s 10th Studio Album, 'Midnights'
By Grace Wehniainen and Jake Viswanath
Twitter Is Freaking Out Over Rihanna’s 2023 Super Bowl Halftime Show Announcement
By Stephanie Topacio Long
What Demi Lovato Really Thinks About Child Stardom, Depression, & Sobriety
By Radhika Menon
Get Even More From Bustle — Sign Up For The Newsletter