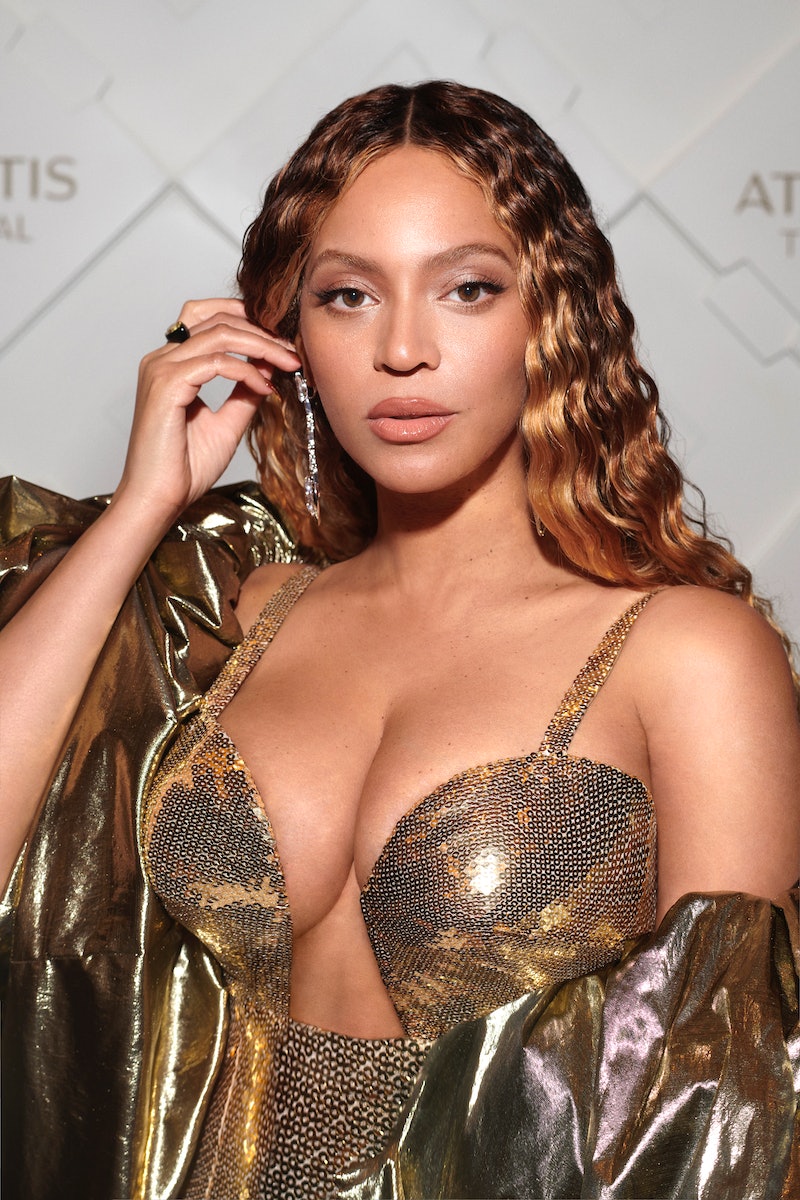 Performing for the first time in four years, Beyoncé reminded an international audience exactly why she runs the world. On Saturday, Jan. 21, the 28-time Grammy winner took the stage for an invite-only concert at the grand reveal of Dubai’s Atlantis The Royal luxury resort, and she had a very special entourage in tow. “My beautiful children are here tonight to watch their mother perform,” Beyoncé told the United Arab Emirates crowd, per Essence, referencing Blue Ivy, 11, and 5-year-old twins Rumi and Sir Carter, adding, “And of course, my beautiful husband,” Jay-Z.

The singer’s parents, Tina Knowles-Lawson and Mathew Knowles, were also in attendance for the family affair, but Blue is the one who really stole the show. Rising from the back of the stage, the youngster sang the first few notes of 2019’s “Brown Skin Girl” from her The Lion King: The Gift companion album. “Where are all my brown skin girls? Give it up for my baby, my brown skin girl, Miss Blue Ivy Carter,” Beyoncé announced before performing a duet with her daughter. At the end of the performance, Blue, who previously appeared onstage with her mom at the 2022 Academy Awards, even struck a pose and blew kisses to the crowd, according to Variety.

Interestingly enough, Beyoncé didn’t perform any songs from her 2022 Renaissance album, though her Dubai set list was stacked with more than a decade’s worth of hits, including “Halo,” “Crazy in Love,” “Freedom,” and “Naughty Girl.” She eventually closed by performing “Drunk in Love” 16 feet in the air as fire shot from a water feature and celebratory fireworks exploded in the air.

Throughout the VIP concert, the singer — whose multiple costume changes highlighted some Dubai-based designers — was also joined by the 1500 or Nothin’ live band, the 48-person all-female orchestra Firdaus, as well as America’s Got Talent 2022 winners The Mayyas, an all-female precision dance group from Lebanon. Beyoncé earned a reported $24 million for the intimate show, according to WWD.

The private show had a strict no-phones and no-recording policy, but stateside Bey Hive devotees might be able to see her perform in the near future. According to Variety, Beyoncé is in talks to perform at the 2023 Grammys on Feb. 5 when, with nine nominations, she could become the most decorated winner of all time. Regardless, the “Cuff It” singer is also reportedly gearing up for her 2023 world tour in support of Renaissance. Beyoncé has yet to officially announce that she’s hitting the road, but her Dubai show was likely the kickoff of a booked-and-busy year ahead.

More like this
Ariana Grande & Kristin Chenoweth Sing A Wizard Of Oz Classic On TikTok
By Alyssa Lapid
Everything To Know About The 2023 Grammy Awards
By Jake Viswanath
Twitter Can’t Believe The Madonna Biopic Is Scrapped & Fans Have A Solution
By Alyssa Lapid
'Friends' Star Maggie Wheeler Offers Support To Matthew Perry After Reading His Memoir
By Alyssa Lapid
Get Even More From Bustle — Sign Up For The Newsletter
From hair trends to relationship advice, our daily newsletter has everything you need to sound like a person who’s on TikTok, even if you aren’t.