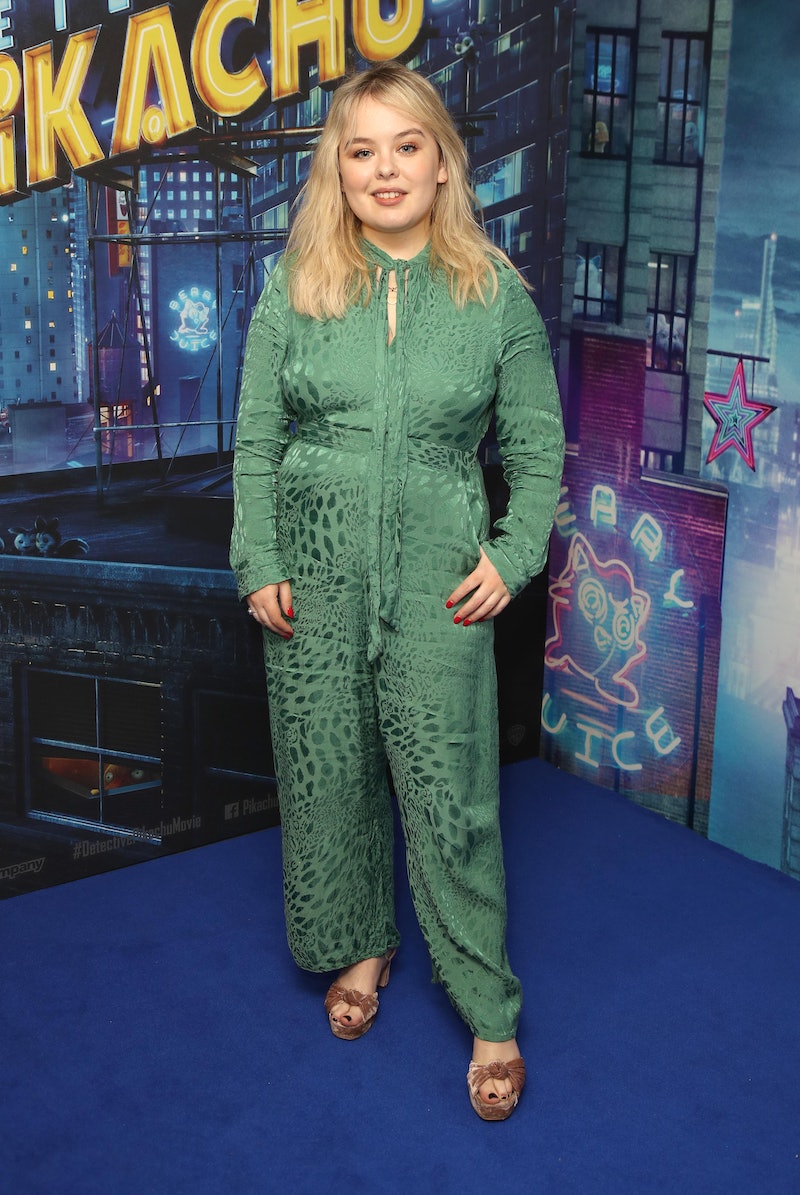 Thanks to her onscreen work as the unassuming Penelope Featherington on Bridgerton, her enviable style, and her poignant op-eds, Nicola Coughla’s reign has just begun. And anyone who follows the “small Irish acting person,” as she calls herself in her Twitter bio, knows she’s a force to be reckoned with. Whether she’s talking about serious topics such as body and racial diversity or playfully roasting Facebook (the Wild West of social media platforms), she never shies away from sharing her opinion. For those just getting acquainted with Coughlan or those who are itching to know more about her, here are some of the talented performer’s best tweets:

Nicola’s Take On Politics And Relationships

Coughlan’s known for being direct in interviews and on social media, and her commentary on politics and relationships is no different. In a tweet from December 2019, Coughlan wrote a funny and insightful statement to clarify her position on the relationship between citizens and politicians: “OK if you were in a relationship for 9 years and they treated you like crap and had lied to you loads, and created loads of division amongst people you both knew and didn’t and then they were like ‘Hey, let’s give it another four years!’ Wouldn’t be like...no?” She added in a follow-up tweet, “This is definitely an analogy about the state of the government but absolutely yes please all get out of terrible relationships too!!”

She Wants To Use Her Platform For Good

Coughlan’s a well-documented advocate of the LGBTQ+ community and supports organizations like This Is Me in Ireland and The Rainbow Project in Northern Ireland. In a December 2020 Bustle interview, she spoke about her Derry Girls character, who came out as a lesbian in Season 1. “Playing a gay character in Derry Girls and same-sex marriage being illegal until this year, I wanted to lend my voice,” she said. “It’s not a cozy issue that’s easy to talk about, but I’ve got friends who have suffered because of legislation like this.”

And when she caught wind of some Netflix subscribers shunning her work because of her personal beliefs, she used Bridgerton’s viewership numbers to flex on everyone. “If you decide you don’t want to watch things I’m in because of my support the LGBTQ+ community that’s fine, it’s your choice,” she began. “I’m also in the most popular show Netflix has ever released so that also softens the blow somewhat.” Mic drop.

Coughlan, who currently stars on two hit series, has a packed schedule. Still, breaks are a welcome necessity throughout one’s day, and for Coughlan, that means taking the time to play around with those viral face analysis apps that tell you users which celebrities they favor the most. In Coughlan’s case, technology seems to think she’s a mix of John Lithgow and Elle Fanning. She shared her “celebrity parents” on Twitter and made sure to take a moment to appreciate the objectively great results.

Hosting Saturday Night Live is a dream for most celebrities, and Coughlan definitely wants in. Following news that her Bridgerton castmate Regé-Jean Page would host, one of Coughlan’s fans tweeted, “When is @nicolacoughlan gonna host snl tho?” Shooting her shot online, Coughlan responded with a meme of Mean Girls’ Regina George saying, “I know, right?”

Well, if the powers that be at NBC are listening, maybe she’ll get her wish, and Page can pass the SNL torch down the Bridgerton line.

And even though Coughlan’s next career moves remain under wraps, that doesn’t mean she can’t ask industry giants like J.J. Abrams about any job openings. When one Twitter follower wrote, “Imagine if Bridgerton was a sci-fi series. That would be awesome. I would totally love to see @nicolacoughlan flying a spaceship,” she promptly replied, “Hit me up JJ Abrams.” Coughlan followed that up with another message: “OK but I would genuinely like to be in a Star Wars film if anyone would like to hire me.”

Coughlan’s Twitter account is a mix of humor and profundity, and she doesn’t take kindly to suggestions that she should remain quiet on the issues that are most important to her. In a series of tweets, Nicola detailed why she’s entitled to have opinions about politics, regardless of her occupation. “If you think actors shouldn’t have political opinions remember it’s someone’s job, I could apply that to your job & say warehouse managers should not be allowed opinions, which I wouldn’t say because it’s ridiculous.” She went on to add in a separate tweet, “Also being anti racist isn’t really a political ideology it’s just being a base level decent person.”

While she previously stated that she doesn’t necessarily see herself as a body-positive advocate, Coughlan remains vocal about why it isn’t appropriate for the media to ask women about their bodies in interviews. In an article she wrote for The Guardian in 2018 about being judged for her size, Coughlan stated that her body is “the tool I use to tell stories, not what I define myself by.” She added, “Every time I’m asked about my body in an interview it makes me deeply uncomfortable and so sad I’m not allowed to just talk about the job I do that I so love.”

Referencing that essay, in March 2021, Coughlan tweeted, “Can we please stop asking women about their weight in interviews, especially when it completely irrelevant. I’m seeing a lot of interviews from 10 years ago where people go, ‘Oh weren’t questions so inappropriate!’ unfortunately it’s still happening.”

Celebs, they’re just like us! Turns out, Coughlan is just as obsessed with Love Island as anyone who has ever watched the dramatic reality show. Dressed as her Penelope character, Coughlan tweeted a hilarious video in which she dramatically acts out a written passage from her Love Island WhatsApp group chat. “Oh just a little #Bridgerton x #LoveIsland crossover for the children[.] This is a dramatic performance of a text sent to my Love Island WhatsApp Group[.] I feel like the vibe is very Lady Whistledown’s Society Papers 2021, I hope you enjoy[.]”

Another Coughlan tweet showing off her impressive dramatic acting skills comes courtesy of being asked to recite “bing bang bong, sing sang song, ding dang dong.” Naturally, Coughlan crushed it, making good on the fan’s request to say the phrases “like its the climactic speech of someone finally professing their undying love for someone.”

“Ask and you shall receive,” she tweeted with a black and white video honoring their wish.

All jokes aside, this performance was so spot-on, it deserves a slot in her acting demo reel.

Bridgerton’s diverse cast is a hot topic, but Coughlan has always been quick to refute anyone’s disapproval of how the series highlights actors from various ethnic and racial backgrounds. In January, Coughlan took to social media to both support the Regency-era period drama and clap back at its detractors, writing, “You know the way some people were like ‘Diversity in period drama doesn’t work’... 63 million households thought it did tho so.”

She added in another tweet, “Remember people were trying to downvote the show on IMDB cos it was so diverse? You can’t downvote us being Netflix fifth biggest original release ever.”

Coughlan’s acting chops and bold Twitter presence prove she’s a force on and off-screen. It’s only a matter of time before she snags another great role. In the meantime, let’s hope she drops more spontaneous acting videos on social media.