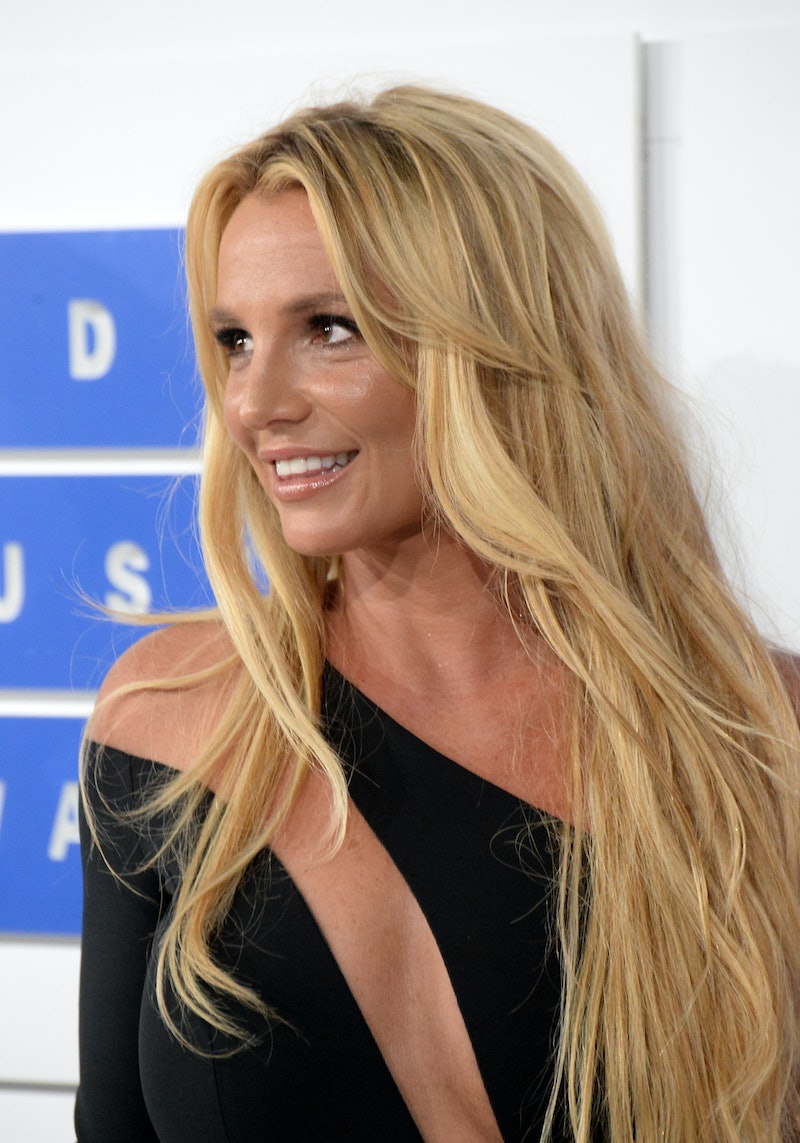 Even after a devastating setback, Britney Spears is happier than ever. On May 19, Spears took to Instagram to thank her fans for their support after announcing that she and fiancé Sam Asghari suffered a miscarriage, regarding it as a low point after several months of highs following the termination of her conservatorship in November 2021. “I've never been more happy in my life ... in the past several months since it's been over besides my miscarriage!!!” she wrote. “My spirit feels lighter and I genuinely laugh and smile now and my eyes are hungry for more each day.”

Spears revealed that she was pregnant with her third child, and Asghari’s first, on April 11, before the couple sadly announced on May 14 that they had lost their “miracle baby.” “This is a devastating time for any parent,” they wrote in a joint statement. “Our love for each other is our strength. We will continue trying to expand our beautiful family. We are grateful for all of your support.”

Before then, Spears was finally freed from her conservatorship after 13 years, following a years-long court battle in which she gave emotional testimonies against her former conservator, father Jamie Spears, alleging that she was forced to wear an IUD to prevent her from getting pregnant among other accusations. In her latest post, Spears recognized her fans’ efforts to raise awareness about her situation and expressed her gratitude. “Their hearts knew and there’s not a single day that goes by that I’m not aware of that and I’m so grateful to have my fans,” she wrote.

In her post, Spears went on to explain why she’s writing a tell-all book about her experience under the conservatorship, which is reportedly one of the biggest book deals of all time. The singer applauded stars who have opened up about traumatic experiences to the press, but she’s hesitant to speak out in that way, hinting that the long-rumored interview with Oprah Winfrey may not happen after all. “I don’t want to be openly questioned about my experience !!!,” she wrote. “I feel like I would entertain the people who hurt me ... I do believe they would secretly like the embarrassment I would go through bringing it up 100 percent ... They will no longer get the best of me and humiliate me.”

Spears’ only goals with the upcoming book, which does not have a release date, are to help people “have a better understanding” of what she’s been through and let fans know that they’re not alone. “Trust me I KNOW if you’re going through something and you feel so distant from everything … it’s hard to confront your mind and say … ‘oh you’re not alone’ … it’s easier said than done, but I need to share through it all … my subconscious knew it was gonna be ok,” she wrote. “The spirit within me that told me to keep moving forward was all I had … it’s what I hung onto.”

More like this
Britney Spears’ Estranged Mom Commented On Her “Dream” Wedding Pictures
By Grace Wehniainen
Britney Has Been Granted A Restraining Order Against Her Ex-Husband
By Bustle Staff
Britney Spears Shared More BTS Photos & Video From Her “Fairytale” Wedding
By Brad Witter
Photos Of The 'Elvis' Cast vs. Their IRL Counterparts Will Have You All Shook Up
By Grace Wehniainen
Get Even More From Bustle — Sign Up For The Newsletter