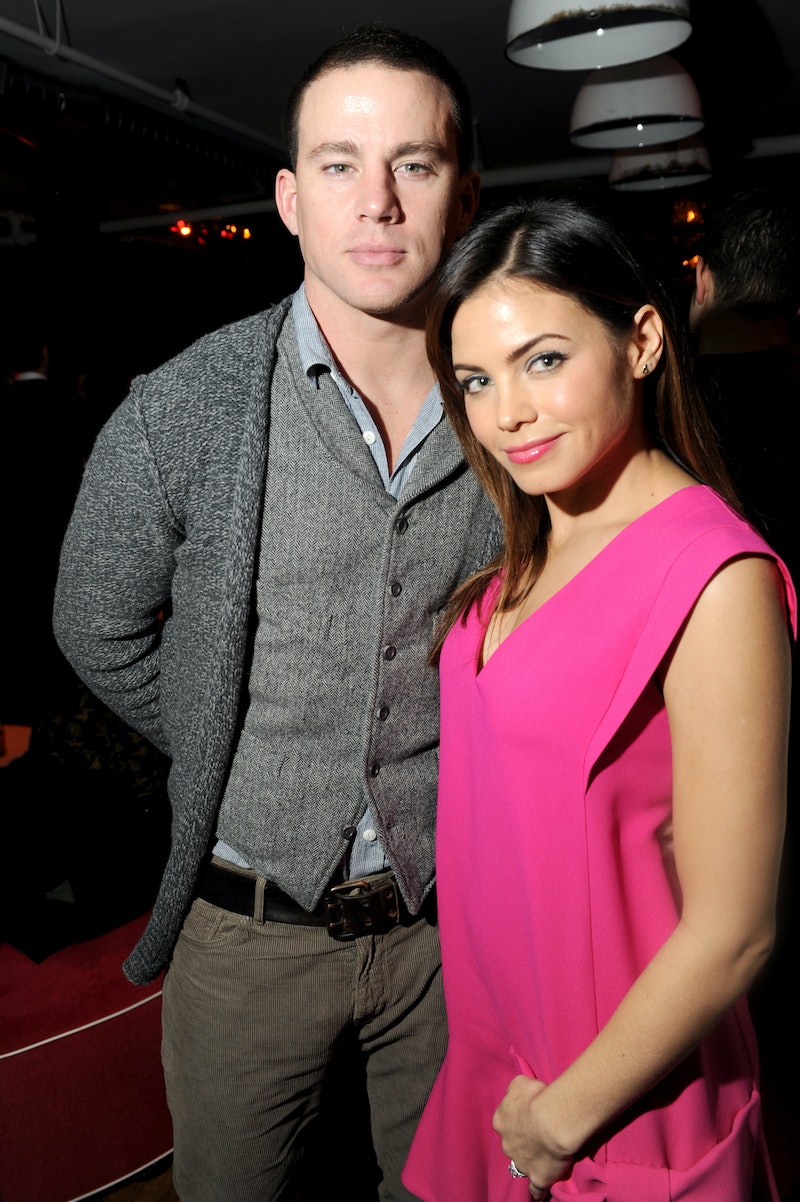 Channing Tatum is heading back to the stage with the third and final installment of the Magic Mike franchise and is opening up about his relationships — past and present — on the press tour. The actor made rare comments to Entertainment Tonight about his split from ex-wife Jenna Dewan, whom he divorced in 2019 after 10 years of marriage. “Relationships are hard for me,” he said. “In business, I have no real fear of anything being destroyed. But heart things, when it comes to people I love, I have a really hard time. I end up trying too hard, you know?”

Specifically referencing his marriage to Dewan, he said, “we fought for it for a really long time, even though we both sort of knew that we had sort of grown apart. I think we told ourselves a story when we were young, and we just kept telling ourselves that story, no matter how blatantly life was telling us that we were so different.” He and Dewan met on the set of Step Up and share a 9-year-old daughter Everly.

“But when you’re actually parents, you really understand differences between the two of you,” he continued. “Because it is screaming at you all day long. How you parent differently, how you look at the world, how you go through the world.”

But making the decision to leave was apparently “super scary and terrifying” for Tatum. “Your life just turns on its axis. This whole plan that you had literally just turns into sand and goes through your fingers and you’re just like, ‘Oh, sh*t. What now?’” he explained. “It was probably exactly what I needed. I don’t think I would’ve ever done the work on myself in the way that I had to do the work on myself to really try to figure out what next.”

Tatum is really close to his daughter, and he also feels that he wouldn’t have had this same relationship with her without the divorce. “I just dropped everything and just focused on her. And it was truly the best possible thing that I ever could have done. Because in the alone time that I have with just me and her, we’ve become best friends,” he said.

Nowadays Tatum is dating actor and director Zoë Kravitz — something eagle-eyed fans clocked when he started following multiple of her fan accounts. “I have no chill,” he said about following the accounts. “I was just seeing what she was up to! Also, I didn’t know anyone would know.” Tatum is starring in Kravitz’s directorial debut, Pussy Island.