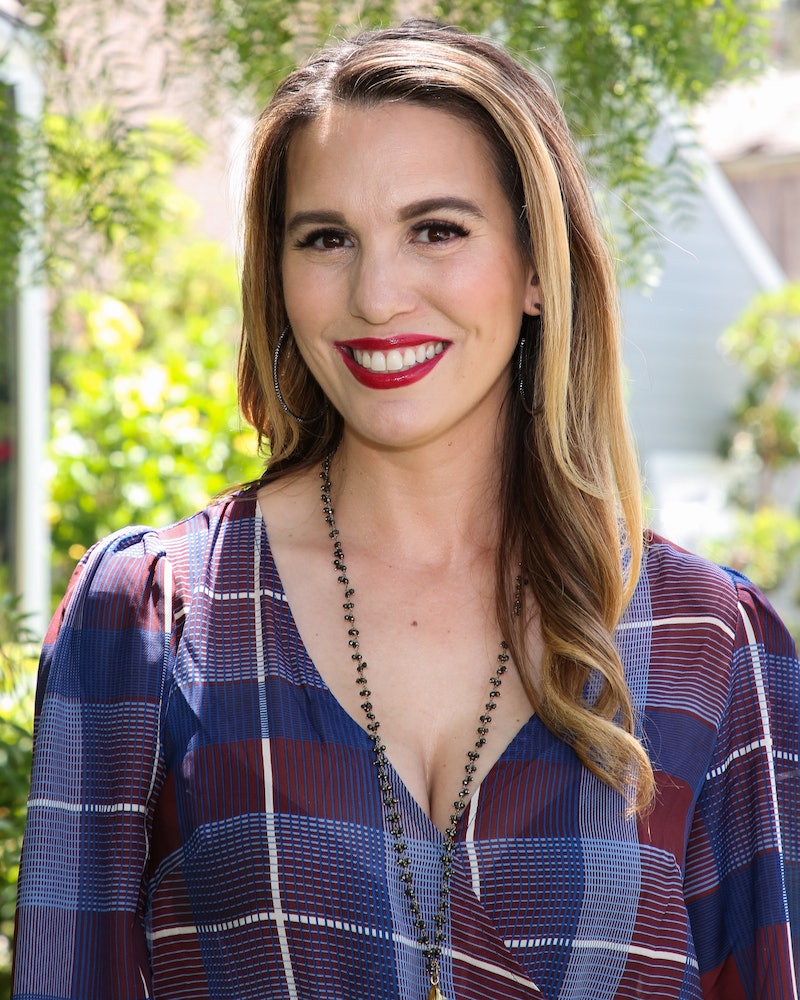 Remember Christy Carlson Romano? In the early ’00s, the actor built a name (well, technically three) for herself through starring roles in Disney Channel’s Even Stevens, Cadet Kelly, and Kim Possible. She’s acted as recently as 2019, according to IMDb, but these days, much of Romano’s time is spent making videos for her YouTube channel, a nostalgic utopia. Her content often features other television stars from the ’90s to now, including Lizzie McGuire’s Lalaine, Full House’s Jodie Sweetin, and Halloweentown’s Kimberly J. Brown, who join Romano to reminisce on their beloved projects. But recently, Romano’s pivoted to discussing the downsides of her career, including her net worth, which is far lower than Google may lead you to believe.

On Aug. 26, Romano uploaded a video titled “How I Lost All My Money,” the latest in a series of videos about her time in the entertainment industry. (“The Truth About The Disney Channel” and “Why I Don’t Talk To Shia LaBeouf,” which has nothing to do with FKA twigs’ sexual assault and battery allegations against him, are two other popular shares.) “This is how I blew all my Disney money. I started making money with Disney when I was 16,” the Emmy-nominated actor began the video before expressing regret toward not investing wisely or buying a house during the more successful years of her career. “My biggest thing about child actors, you aren't told that the work is going to slow down,” she continued. “In fact, I was told the opposite, specifically by my mom, some of my team, even my money manager at the time.”

In the video, Romano said she put some money away to attend college at 18 years old but dropped out after a year and a half and didn’t return to complete her degree until she was 30. “Then I had this money at my disposal,” she explained of the interim. “I was never told how much money I was making. Money didn't have a purpose for me; I didn't really know what it was. I just knew that I had it and didn't care about it. That's a problem.” She also spoke about financially supporting her family, which complicated their relationship “more and more” as time went on, leading Romano to separate from her family for about a year at 21 years old. “I didn't like the way that my money was being managed,” she added. “It was a sad year for me, but it was also an interesting year.”

While she noted that the experience gave her a better understanding of money, it didn’t help her manage her own finances any better — and a relationship that kept her from feeling “good enough” made the circumstances even worse. Feeling pressured to “class [herself] up,” Romano recalled making big purchases like Ralph Lauren apparel, a Mercedes Benz G-Wagon, and time with a psychic that “managed to get a lot of money from” her. Recalling acting jobs she took to remain financially stable, Romano spoke about one film in particular that she “didn’t want to do” due to a certain scene.

“Basically, I did a nude scene,” she detailed. “I had never thought in a million years that I would ever do something like this. I was America's sweetheart, morally sound in my mind. I believed in the Disney magic. I still do. And then I felt so exploited and marked and horrible.” Assuring fans she’s recovered from the experience, she added, “The truth is that I did this movie for the money because I was desperate to feel that feeling that I had when I was making tons of money and everything was OK.”

At the end of the video, Romano spoke about her untrue reported net worth. According to CelebrityNetWorth.com, it’s $3 million — a figure she disputes. “I am not a millionaire in any way, shape or form. I'm just a mom monetizing my channel, doing sponsored content, having fun, working when I can,” she said.

In her recent video “The Truth About The Disney Channel,” Romano dished that she’s open to returning to the network that launched her television career. With the adult Lizzie McGuire revival on the back burner, perhaps she and Hilary Duff would be open to a Cadet Kelly sequel that explores the original DCOM’s queer undertones? We can only dream.

More like this
Netflix Reveals First Look At Wednesday In The 'Addams Family' Spinoff Series
By Bustle Editors
How Much Are The 'Schitt’s Creek' Stars Worth?
By Hugh McIntyre
'Survivor' Host Jeff Probst's Salary Per Season After 22 Years Is The Real Winner
By Hugh McIntyre
A New 'And Just Like That' Table Read Pic Confirms A Key Character's Return
By Jack Irvin and Grace Wehniainen
Get Even More From Bustle — Sign Up For The Newsletter