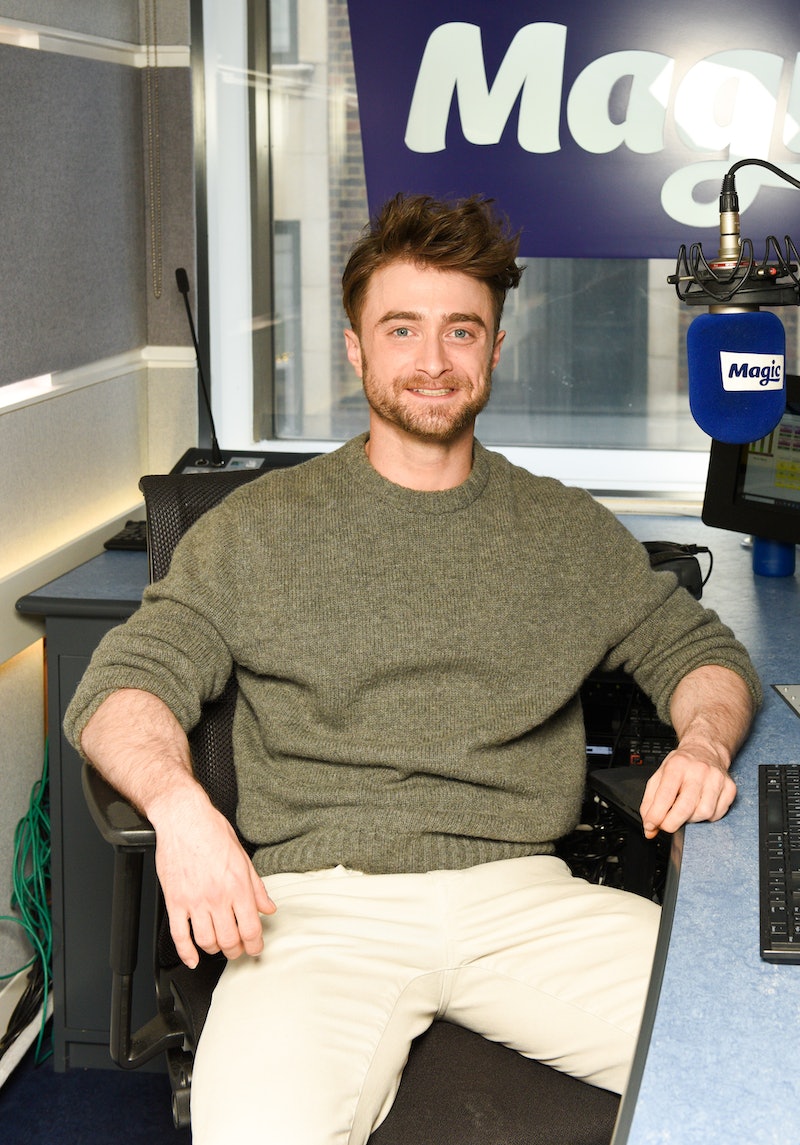 Like so many celebrities have been asked to do (or just did voluntarily) after the Will Smith-Chris Rock Oscars slap, Daniel Radcliffe has weighed in. Well, sort of. During a March 31 interview with Good Morning Britain to promote his new film, The Lost City, Radcliffe was asked about the contentious moment, and his response is sure to resonate with anyone who’s grown a little overwhelmed by all the discourse.

“Yeah, no, I saw it,” he said. “I’m just so already dramatically bored of hearing people’s opinions about it that I just don’t want to be another opinion adding to it.” Let this be a lesson to any other celebs waiting to add their unsolicited takes on the matter!

When asked whether he’s ever had any “awkward moments” at past awards shows, Radcliffe acknowledged that he probably has, having grown up as the star of one of film’s biggest franchises ever. “I think as a kid ... you’re never quite sure if, like, the joke’s with you, or if you’re the butt of the joke,” he said. “So you sort of have a mode of just being like, ‘ha, I’ll keep smiling and laughing, and hopefully this will end soon.’”

Indeed, the Miracle Workers star has been subject to plenty of awkwardness in his years of growing up onscreen. Need we even mention the 2002 Regis and Kelly interview where he was asked about having a girlfriend (“I wish”) and whether or not he was crushing on Emma Watson (cue the aforementioned smile and laugh)?

Earlier this month, Radcliffe revealed he isn’t ready to revisit Harry Potter in an acting capacity just yet, telling The New York Times that it’s still a bit soon. “The Star Wars guys had like 30, 40 years before they went back,” he joked. But he’s clearly still close to The Boy Who Lived’s legacy, telling Good Morning Britain that he happily signed an autograph for Sandra Bullock’s Harry Potter superfan of a sister. “It’s weird ... my mind is blown by the idea that that would impress anyone, but it’s very flattering.”