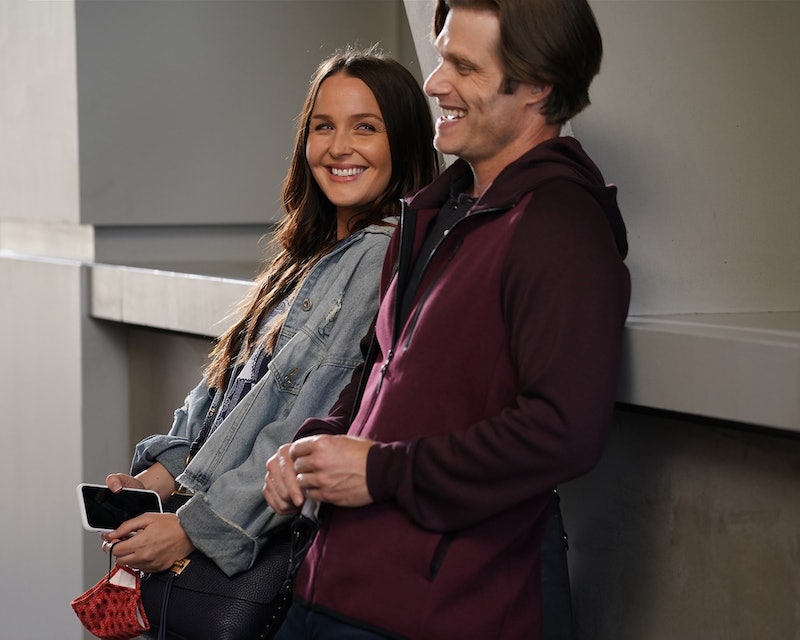 Now that we’re back in the world of Grey Sloan Memorial following the Sept. 30 premiere, there’s bound to be a big question looming over fans’ heads right now: will Grey’s Anatomy end with season 18? Of course, ABC hasn’t actually suggested that — unsurprisingly, Grey’s remains the network’s highest-rated scripted series, per TVLine, and sources told the outlet that “the network is hopeful to eke out at least one more season” beyond the current one. Plus, as ABC Entertainment President Karey Burke told Deadline last year, “Grey’s Anatomy will live as long as Ellen [Pompeo] is interested in playing Meredith Grey.”

But what happens when she’s... not? Given the down-to-the-wire nature of the show’s renewal last season (even showrunner Krista Vernoff was uncertain if it would go on), it makes sense to be wary as the show continues to make history with its long run. Fortunately, as ever, Grey’s fans are prepared with theories on how the beloved medical drama might unfold — whether that’s with Season 18 or sometime down the line. Ranging from the rational to the delightfully out-there, here are some of the top fan theories about how Grey’s Anatomy will end.

An OB Spinoff Could Be On The Way

Announced earlier this month, Addison’s return to Grey’s Anatomy opened up a whole new world of fan theory potential. For TikTok user harleyypowell, it might even tie into a potential spinoff for Jo. “We’re about to have three OB doctors, and I did find it a little suspicious that Grey’s was putting Jo in a lot of the promos so far for Season 18 ... What if they made, like, an OB spinoff,” suggested harleyypowell. “But it’s at Grey Sloan, so they could still use other characters from the show and have them around? But they center this show around OB.”

As harleyypowell pointed out, this theoretical spinoff would be “essentially the same” as the current show, just with a new focus. Plus, it would be in keeping with the network’s promise to continue Grey’s as long as Pompeo wanted to take part. Even if she bows out, the doctors at Grey Sloan could scrub in for years to come under a new mantle.

The Show Is Based On Meredith’s Memoirs

Given the fact that Grey’s Anatomy is actually named after a famous medical text, the theory that the entire show might be a book itself is not too far-fetched. Reddit user honeyfixit posited that the series could be “based on the memoirs” of a retired Meredith. “The seasons represent chapters in her book, with details added/made up to fill in the story,” honeyfixit wrote. And all those iconic monologues? “Direct quotes from the book,” the theory goes.

The early days of Grey’s saw Meredith and her friends pore over Ellis Grey’s journals. If Meredith were to keep or publish her own, that would certainly be a sweet parallel on which to wrap the show. Plus, this sort of ending takes a page from other beloved shows and movies — from Shrek to Jane the Virgin, there are several finales that literally close the book on a satisfying story.

For several fans, ending Grey’s with the next generation of surgeons would be a meaningful way to show the day-one doctors’ legacy. Twitter user sloanrry said their favorite theory “is Zola growing up, becoming a neurosurgeon, and saying ‘it's a beautiful day to save lives’ as she puts on her ferry boat scrub cap,” a nod to dad Derek’s accessory of choice. Stefaniaspamp suggested a similar ending with an emotional twist: Mer has Alzheimer’s disease. And user lesliemagr posited that we’ll see Zola embarking upon her surgical residency after “reading Merediths Journals since she now has Alzheimer’s.”

Twitter user weirdforcarol took things a step further, suggesting that Zola, Sofia, and co. have the potential to star in a spinoff of their own. “That way original characters would still be mentioned or even guest,” weirdforcarol wrote.

Every fandom is entitled to at least one extremely out-there theory — and this is Grey’s Anatomy’s wildcard. The idea that Derek is actually alive has been floated from time to time since his official exit episode in Season 11, but McDreamy’s appearance on the beach in Season 17 resurrected that theory like never before. Reddit user doodledandy1273 suggested that “the White House kidnapped Derek, and he’s been undercover this whole time.” They continued, theorizing that he “had to fake his death to make it believable.” Sure, Jan.

Alternatively, TikTok user lpaulster wondered if Meredith has actually been experiencing Alzheimer’s the entire series : “When people ‘died,’ it was just her forgetting them... in conclusion, Derek is still alive.” In another video, lpaulster also expressed hope that the series ends with Meredith and Derek having a real (non-purgatory) wedding: “Zola and the kids are cheering ... the camera pans out as everyone is happy and dancing.” Or perhaps, as mackenzie__curtis commented, “Derek found a cure for Mer’s Alzheimer’s and cures her,” suggesting the last six seasons took place in her mind.

Whether or not any of these theories pan out in Season 18 or far into the future, one thing’s for sure: Grey’s Anatomy is still very capable of pulling off big surprises, so anything is possible.

More like this
'The Queen’s Gambit' Season 2 Tweet Wasn’t From Anya Taylor-Joy
By Mary Kate McGrath, Jack Irvin and Grace Wehniainen
Netflix Shut Down 'Bridgerton' S3 Rumours About A “Very Dark” Storyline
By Bustle
Shonda Rhimes Responded To The Surprise Exit Of A Day 1 'Grey's Anatomy' Figure
By Grace Wehniainen
'Happy Valley' Recreated This Moment From S1 In Its Penultimate Episode
By Sophie McEvoy
Get Even More From Bustle — Sign Up For The Newsletter
From hair trends to relationship advice, our daily newsletter has everything you need to sound like a person who’s on TikTok, even if you aren’t.