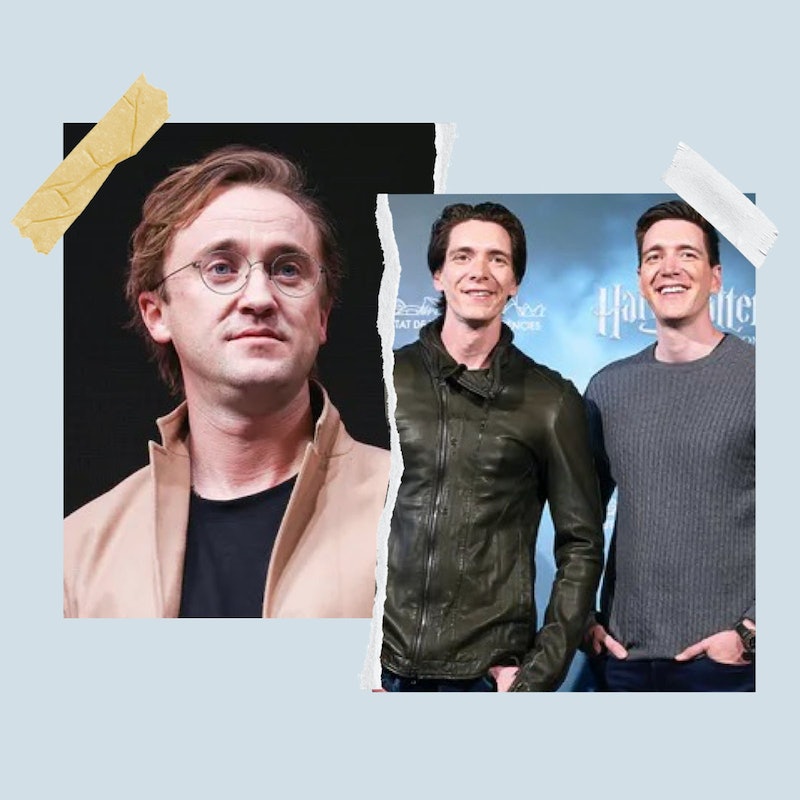 HBO Max’s Harry Potter reunion special was a nostalgic blast for fans — but it also included a few errors, and apparently, none other than the devious Draco Malfoy was behind one of them. Tom Felton has jokingly taken credit for mixing up the actors who play the Weasley twins during Harry Potter 20th Anniversary: Return to Hogwarts, which is totally a prank that Draco would pull.

After the reunion premiered on New Year’s Day, fans noticed that producers mixed up the names of James and Oliver Phelps, who portrayed Fred and George Weasley in all eight Harry Potter films, when identifying the actors onscreen. Oliver took it in stride, posting a screenshot of the mix-up on Instagram and responding just how the Weasley twins would. “I guess after all those pranks over the years somebody decided to get their revenge,” he wrote, complete with laughing emojis. “It was fantastic to be part of the HP reunion. Hope you all enjoyed it.”

Soon after, Felton decided to jokingly identify himself as the culprit of the crime: “It was my doing :)” he commented on the post, using snake emoji to symbolize his character’s Hogwarts house, Slytherin, and the hashtag #weaslebee, which Draco called Ron Weasley as an insult in Harry Potter and the Prisoner of Azkaban.

Felton and Phelps’ remarks come after fans spotted another major mistake in the Harry Potter reunion. A childhood photo of Emma Roberts, who had no role in The Wizarding World of Harry Potter, was mistaken for a young Emma Watson, who famously portrayed Hermione Granger in the films. The photo was previously shared by Roberts on Instagram in 2012 as a throwback post.

READ NEXT: Which ‘Harry Potter’ Cast Member Is The Richest?

Neither actor has yet to comment on the mishap, but Return to Hogwarts producers released a statement to Entertainment Weekly acknowledging their mistake and confirming that it would fixed. “Well spotted Harry Potter fans!” they said. “You brought an editing mistake of a mislabeled photograph to our attention. New version up shortly.” They have yet to comment on mistaking James and Oliver for each other, but it doesn’t seem like the actors mind that much.

More like this
Rupert Grint Just Shared A *Major* Update About Ron Weasley’s Future
By El Hunt
12 Years Ago, Austin Butler Manifested His Oscar Nom In This Disney Movie Scene
By Jake Viswanath
Hilary Duff Is “Optimistic” About A 'Lizzie McGuire' Reboot
By Alyssa Lapid
At 28, Debra Jo Rupp Was Living A Much Different '70s Show
By Grace Wehniainen
Get Even More From Bustle — Sign Up For The Newsletter
From hair trends to relationship advice, our daily newsletter has everything you need to sound like a person who’s on TikTok, even if you aren’t.