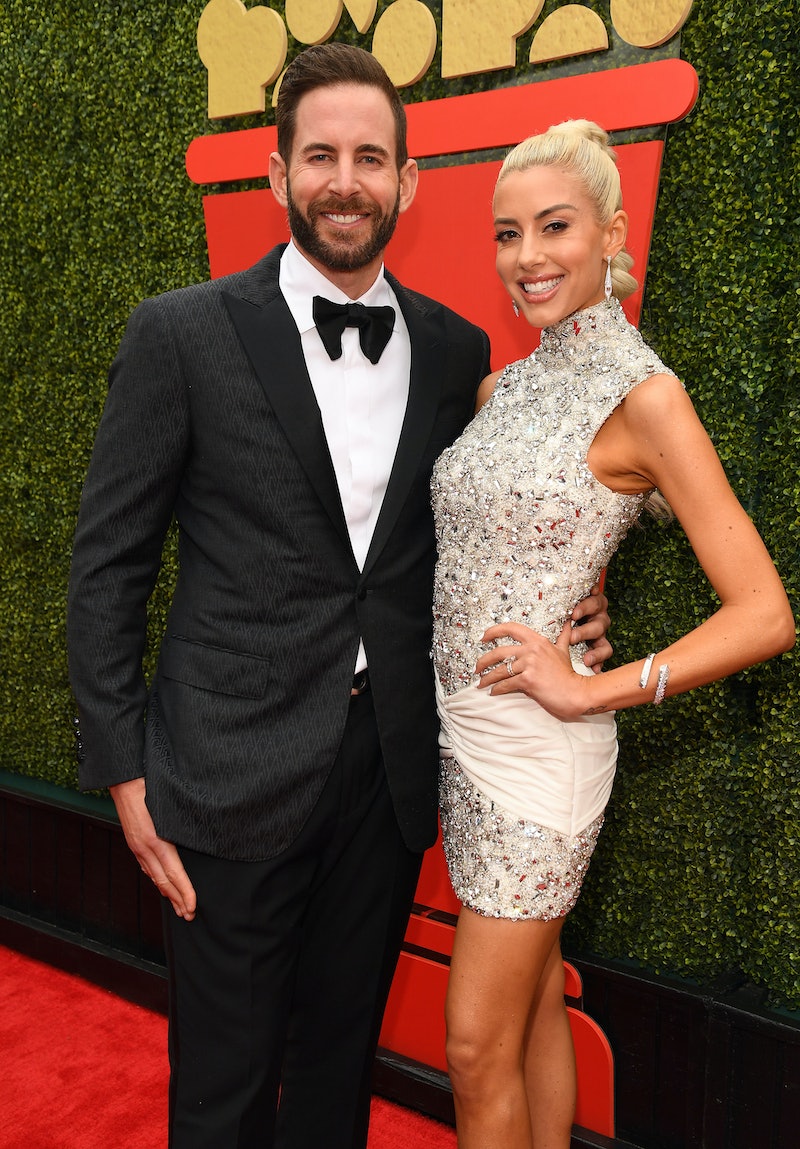 Fans of Selling Sunset can look forward to more lavish houses, celebrity clients, and Oppenheim Group drama in the Netflix reality show’s fifth season. But one major event they won’t get to see is Heather Rae Young and Tarek El Moussa’s wedding.

Heather wrote in a a Nov. 9 Instagram post that it took them months to decide whether or not they wanted to film their big day, noting that they were leaning toward keeping it private. “A wedding is something so intimate to us and we didn’t want any hate or anyone weighing in on our love,” Heather explained. Ultimately, they did decide to film their wedding — just not for Selling Sunset. Instead, they shot a special — Tarek & Heather The Big I Do — for HGTV, the network on which El Moussa has his own show Flip or Flop. The special will air on Thursday, Dec. 16 at 8 p.m. ET on HGTV, and will also later stream on Discovery+.

According to Us Weekly, Tarek & Heather The Big I Do will document the couple in the four months leading up to their big day, as they start planning from scratch after a last-minute change to their venue. It will show everything from wedding dress shopping to venue hunting — including, of course, the ceremony itself.

Tarek and Heather tied the knot on Oct. 23, 2021 in Montecito, California after getting engaged in July 2020 — a moment Selling Sunset cameras were unfortunately also not rolling for. According to People, there were 150 guests in attendance, including Heather’s Selling Sunset castmates Chrishell Stause, Mary Fitzgerald, Davina Portratz, Emma Hernan, Romain Bonnet, Vanessa Villela, and Jason and Brett Oppenheim. Notably missing was Christine Quinn, who Heather has clashed with several times on the show. “They're all invited except for one person. I think you guys can imagine who is not invited," Heather told People in September. "But everyone is a part of it and they were all at my bridal shower.”

After tying the knot, Heather described the “magical” day to People in another interview. “[It was] better than we even expected it to be. We are exhausted, but so happy at the same time," Heather said, while Tarek added that, "It felt like it was straight from a movie."

Today, Heather is still on cloud nine. “When I think about this past month of marriage with you I think about how lucky I am. I’ve felt like a wifey and like a part of the family from day one,” she wrote in a Nov. 23 Instagram post. “I never thought being officially married would change how I felt but the day we said ‘I Do’ changed so much for me ... All I know for sure is that I can’t wait to grow old with you.”

More like this
When Was 'Bling Empire: New York' Filmed?
By Karen Fratti
Love Is Blind’s Natalie Claims Shayne Signed Up For 'Perfect Match' While They Were “Still Together”
By Brad Witter
'Love Is Blind: After The Altar' Season 3 Has A Release Date & It's Very Soon
By Grace Wehniainen
Brittany Snow Files For Divorce From Tyler Stanaland After 'Selling The OC' Drama
By Grace Wehniainen and Radhika Menon
Get Even More From Bustle — Sign Up For The Newsletter
From hair trends to relationship advice, our daily newsletter has everything you need to sound like a person who’s on TikTok, even if you aren’t.