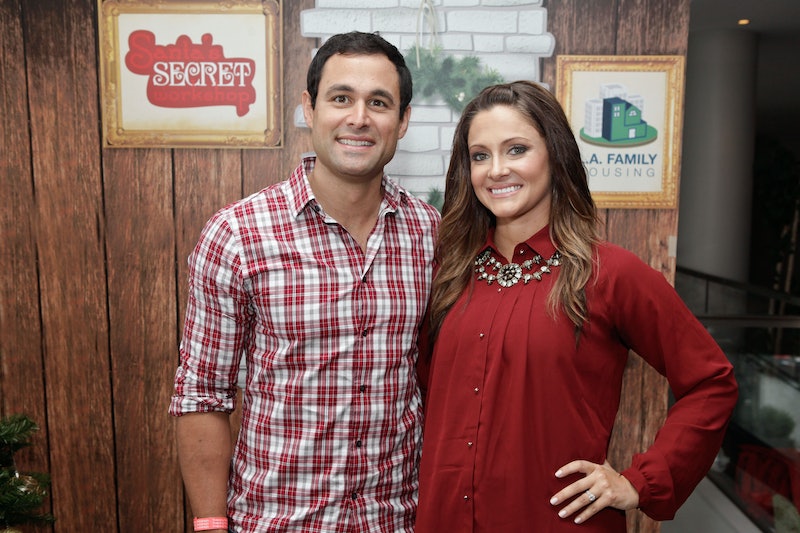 Long before dating multiple finalists and jumping over fences became familiar Bachelor endings, there was just Jason Mesnick, and his decision to break up with his final choice in order to propose to his runner up on live TV. Now, 11 years after the shocking finale, Jason and Molly Mesnick say their Bachelor season inspired future leads to "break the formula" of the show in order to find love on their own terms.

The couple — who tied the knot in a televised ceremony back in 2010 — talked about their shocking season with Entertainment Tonight after Jason's episode of The Bachelor: The Greatest Seasons Ever aired on August 10. "I think our season certainly paved the way for people to break the formula," Molly told the outlet about the impact of Jason's "switcheroo" on the After the Final Rose special. "If someone were having reservations on, 'Oh did I make the right decision?' Like, 'OK, just change your mind, because that can work too.'"

Apparently, Jason began bucking against the "formula" of the Bachelor franchise — which typically ends with an engagement — on the day that he filmed his finale in New Zealand. "I tried not to propose and that wasn't what was supposed to happen," he told ET, implying that production pushed him into popping the question even though he didn't feel like he was in the right mindset to propose at all. Jason originally proposed to Melissa Rycroft, though he admitted he was already questioning whether or not he had chosen the wrong person.

"I remember letting Molly go... she's saying, 'You're making a mistake,'" Jason recounted, saying that Molly's comment "put me in a tailspin" that left him confused. "In my mind, I don't ever make mistakes. But when she said that to me, I'm like, 'Oh my God, am I?'" And though the media backlash was difficult for all three of them to endure, Jason feels that ultimately, his decision to "pull a Mesnick" worked out for the best. "Coming full circle, I think we're better off because of all of this," he explained. "I think Melissa's way better off because of all this, and I think we're all where we're supposed to be in this crazy story." (Melissa married ex Tye Strickland in 2009 and recently told Us that she is also happy with where she ended up.)

In addition to helping both him and Melissa end up with their perfect partners, Jason also thinks that his season of The Bachelor changed the franchise for the better, as producers have begun to let the leads take control of their own stories, both on and off the show. "The formula works better [now]," he explained. "I think what the world needs to realize is this is two months of our lives... we're just regular people trying to figure this thing out."

Jason has a point there. After 24 seasons of the reality show, only one Bachelor has actually married his final choice (that would be Sean Lowe, who married Catherine Giudici). However, there are several former Bachelors who have ended up with one of their finalists: Arie Luyendyk Jr. "pulled a Mesnick" of his own in 2018 by breaking up with Becca Kufrin and marrying runner-up Lauren; Peter Weber proposed to Hannah Ann Sluss on the show, then briefly dated runner-up Madison Prewitt before beginning his current relationship with contestant Kelley Flanagan, and Colton Underwood left the show in order to pursue a relationship with Cassie Randolph. (The couple dated for a year before breaking up in May 2020.)

In the end, both Jason and Molly believe that the only way to truly find love on The Bachelor is to ignore the "formula" and figure out what works best for you. "The most important advice I can give to anyone going on the show is to stay true to your authentic self and stop caring what other people think," Molly told Bustle in a recent interview. "That show puts you under a microscope and you'll never please everyone, so just do you!"