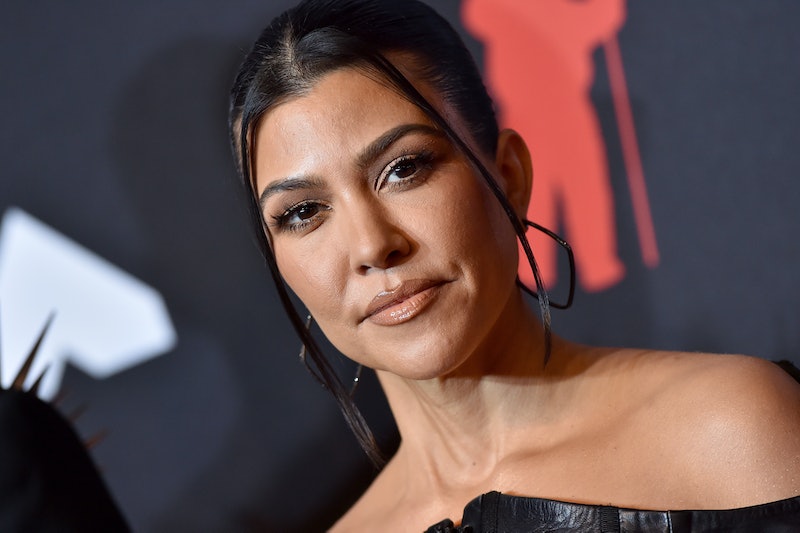 From Penelope Disick to North West, the KarJenner grandchildren are quickly amassing a social media presence like their famous parents — with some help from their moms who, in Penelope and North’s case, run their TikTok accounts. But Kourtney Kardashian wants to make it very clear that one of her children’s alleged social media accounts is very much what it seems: fake.

On July 21, the Poosh founder took to Twitter to call out the social accounts pretending to be her 12-year-old son Mason Disick. “After months and months of thinking you would all know that is NOT Mason on these fake accounts, some of you don’t,” she tweeted. “So I will spell it out clearly: that is NOT Mason on these fake social media accounts talking about our family.”

In case you’ve managed to miss the fake accounts Kardashian is talking about, a recap: Mason was on social media, once upon a time. Cosmopolitan reported in March 2020 that he even went on Instagram live and discussed his aunt Kylie Jenner’s relationship with Travis Scott. Quickly, though, Kardashian shut things down. The next day, E! News reported, Kardashian revealed on her Instagram live that Mason “didn’t ask” for permission and that he was too young for the platform, anyway (“I did delete it because Scott and I just felt like... he’s 10,” she said at the time).

But as several outlets have pointed out, some fans believe Mason is secretly still on social media. It’s not clear which page in particular, Kardashian was calling out, but there have been a few such accounts. Kylie’s new baby name and Pete Davidson’s alleged proposal plans were among the questions “answered” by one account, according to Capital FM, even though it’s not clear how the user gained traction, or why people think it might be Mason in the first place.

In January, BuzzFeed reported that Kardashian even blocked one parody account that criticized the family while acting as Mason. “Do people actually like my aunt Kendall? ... I find her so boring,” the account wrote in one Instagram story, per the site.

For outlets that didn’t understand the accounts were parodies — if not total shams — Kardashian had a few more words in another July 21 tweet: “To any and all ‘news’ outlets who use that false account as a surce, you know better,” she wrote in a second tweet. “Stop using it for the benefit of your slow news day please and thank you. And to the person relentlessly pretending to be Mason, ultra ultra ultra creepy.”