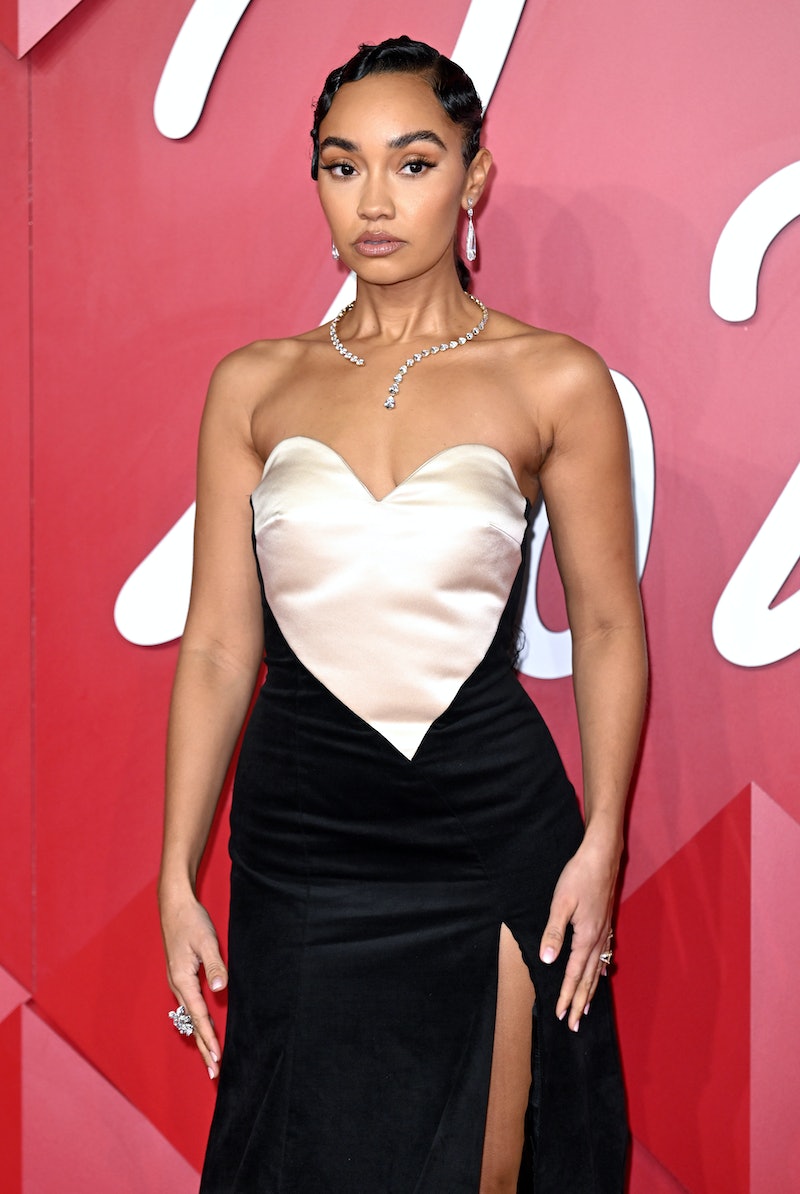 Since Little Mix announced their indefinite hiatus in 2022, Pinnock has been busy raising her twins with partner Andre Gray, working on her fashion ventures, and preparing to debut music as a solo artist. While the world waits to hear what Pinnock has in store, below is a deep dive into how the musician makes her money.

After winning the eighth series of The X Factor in 2011 with Little Mix and a £1 million record deal, Pinnock released six albums with the group before going on an indefinite hiatus in 2022. As a band, they became the “richest winners” of The X Factor, earning more than £50 million over the years through record sales, merchandise, brand deals, and touring. Little Mix are also credited co-songwriters on Britney Spears & Iggy Azalea's 2015 bop “Pretty Girls.” Pinnock and Jade Thirlwall later signed a publishing deal as songwriters with TwentySeven Music Publishing in 2019.

In May 2021, Pinnock produced the BBC Three documentary Leigh-Anne: Race, Pop & Power, highlighting racism within the music industry. She was also featured on the Channel 4 documentary The Talk, where she and other celebrities spoke with their parents about race. Throughout her career, the singer has appeared on numerous shows on British telly, like Celebrity Gogglebox, The Voice UK, and RuPaul's Drag Race UK. Little Mix also hosted their own music competition on BBC One, Little Mix: The Search, which aired for one series in 2020.

Outside of the entertainment industry, Pinnock has made a name for herself in the fashion world. In 2019, she co-founded the swimwear brand In A Seashell with her childhood friend Gabrielle Urquart, in addition to becoming the face of Umbro's sub-brand Umbro Projects during its spring/summer campaign. In November 2020, the singer teamed up with ASOS for her own Design Style Edit, followed by an ambassadorship with Maybelline New York in 2021.

What Is Leigh-Anne Pinnock's Net Worth?

Reports estimate that Pinnock's net worth is around £12 million. As part of Little Mix, Pinnock became one of the UK's top earning young female positions in 2021, after the group boosting their joined fortune by £6 million over the past year, giving them a combined net worth of £54million.