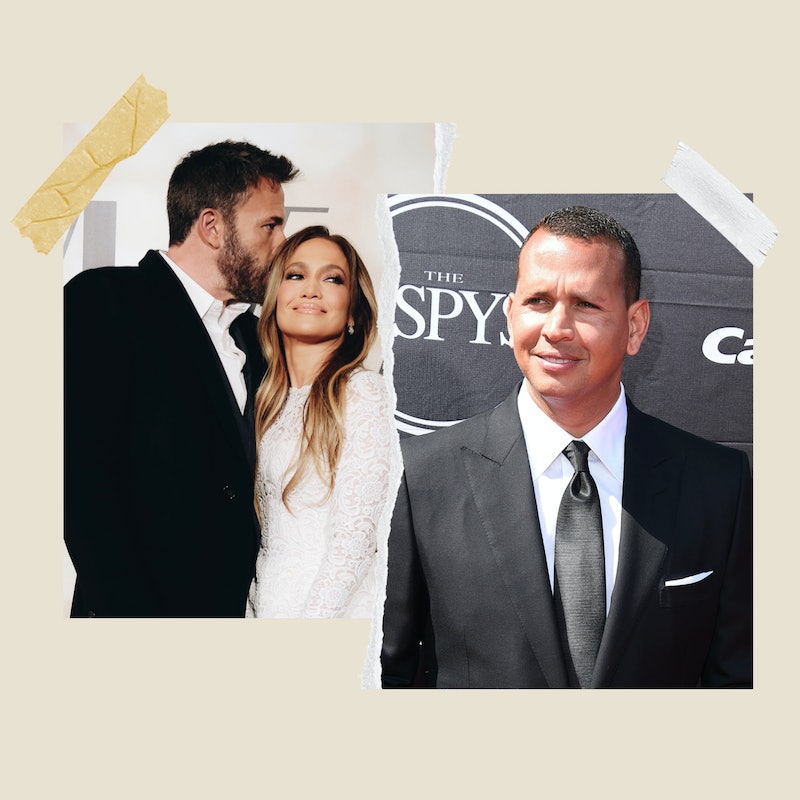 Marc Anthony is pretty confident that Jennifer Lopez doesn’t miss Alex Rodriguez. The two-time Grammy Award winner, who was married to Lopez from 2004 to 2014, couldn’t help but laugh on Sunday, Feb. 13, when OK! Magazine shared a post alleging that A-Rod thinks J.Lo misses him. “He believes Jen might start to miss what they had together, but she’s ready to put him in her rearview mirror,” the post said underneath a split image of the formerly engaged exes.

Although Anthony doesn’t typically weigh in on Lopez’s love life, it appears he couldn’t help himself this time. In response to the magazine’s Instagram post, the “Vivir Mi Vida” singer left a total of five laughing emojis in the comments, making it clear that his ex-wife and the mother of his 13-year-old twins, Max and Emme, probably doesn’t think twice about the athlete now that she’s moved on with Justice League actor Ben Affleck.

J.Lo and A-Rod announced their split in April 2021 in a joint statement to Today. “We have realized we are better as friends and look forward to remaining so,” the couple said at the time. “We will continue to work together and support each other on our shared businesses and projects. We wish the best for each other and one another’s children. Out of respect for them, the only other comment we have to say is thank you to everyone who has sent kind words and support.”

But after reports surfaced one month after their split that Lopez, 52, had already rekindled her romance with Affleck, a source told E! News that the retired MLB player was “shocked.” “He truly thought they would be able to make it work and reconnect,” the insider said at the time. “He has been reaching out to J.Lo trying to meet with her and she has been very short with him.” After a few months, however, the baseball star seemed to be doing better.

“I had five years of an incredible life and partnership and also with my daughters, we learned so much,” Rodriguez said of his former relationship in an August interview with ET. “And now we have the opportunity to take that and move forward and say, ‘You know what? We’re so grateful for the last five years, how do we make the next five years better because of lessons learned?” Elsewhere in the interview, he told the outlet that he’s “in a great place” and “grateful for where God and and and the light has really put me.”

Lopez, for her part, never appeared to have any regrets about her decision to get back together with the actor after 17 years since calling off their engagement. In July, she told Zane Lowe that she was “super happy” before sharing a steamy photo with Affleck on social media in honor of her birthday. Six months later, the couple appears to be stronger than ever. In a recent interview with People, the “Let’s Get Loud” singer reflected on her romance with Affleck and why it didn’t quite work the first time around.

“Before we kind of put [our relationship] out there and we were naïve and it got a little trampled,” Lopez told the magazine. But this time, they were much more prepared. “We both were like, ‘Wow, we’re so happy and we don’t want any of that to come into play again,’” she said, explaining that they’ve learned many important life lessons since calling it quits in the early aughts. “We’re older now, we’re smarter, we have more experience, we’re at different places in our lives, we have kids now, and we have to be very conscious of those things. We’re so protective because it is such a beautiful time for all of us.”

Affleck appears to be equally grateful for their second shot at love. For Valentine’s Day, the Gone Girl star made Lopez a homemade music video set to her song “On My Way” from the Marry Me soundtrack. The video featured clips from the early years of their red carpet moments, behind-the-scenes photos, and footage of them acting together. “Watching it made me think about the journey of true love, its unexpected twists and turns, and that when it’s real, it actually can last forever,” Lopez wrote in her On The JLo newsletter on Saturday, Feb. 12. “This seriously melted my heart.”

More like this
Jennifer Coolidge Hunted For Jewels & Lashes In J.Lo’s Hotel Room
By Jake Viswanath
The Black Lotus Staff Has "Had Enough" In The 'White Lotus' Spoof From 'SNL'
By Brad Witter
18 Photos Of Jennifer Lopez’s Mansion You Can Now Buy For $42.5 Million
By Alyssa Lapid
Reese Witherspoon Confirms This Fan Favorite Will Return For 'Legally Blonde 3'
By Jake Viswanath
Get Even More From Bustle — Sign Up For The Newsletter
From hair trends to relationship advice, our daily newsletter has everything you need to sound like a person who’s on TikTok, even if you aren’t.