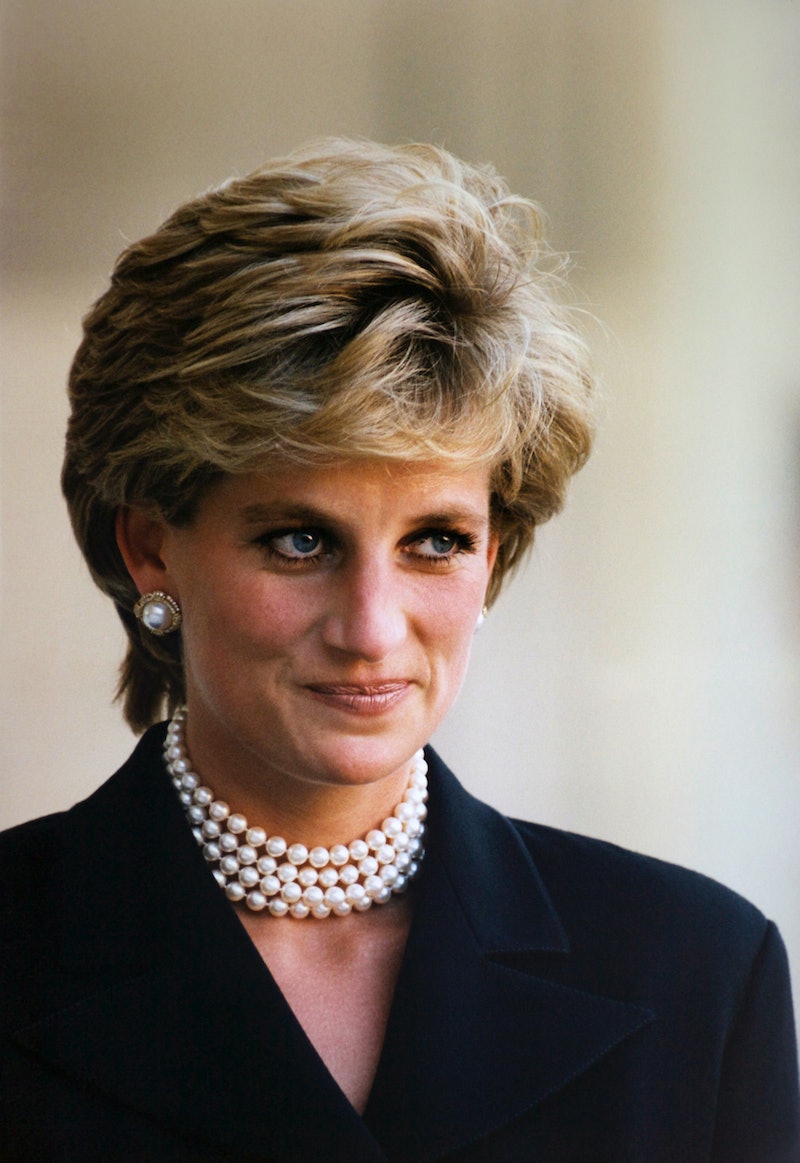 Following Meghan Markle’s emotional March 2021 interview with Oprah Winfrey, a new documentary explores another groundbreaking and revelatory royal interview from more than two decades ago: Princess Diana and Martin Bashir’s Panorama special. According to the Daily Express, the doc, titled Diana: The Interview That Shocked the World, doesn’t just recount “the most memorable and groundbreaking quotes by the late royal,” but also features an “analysis of how the BBC journalist may have gained Princess Diana's trust.” The doc originally aired on the U.K.’s Channel 5 last year, but one problem remains for stateside viewers who planned to watch and learn more about the royals. Originally slated to release on Netflix on April 11, the doc is postponed indefinitely.

Shortly after the death of Prince Philip on April 9, the documentary was pushed back without a new release date. Ostensibly, the delay is out of respect for Philip and the royal family. BBC TV’s schedule was altered in the wake of Philip’s death (much to the chagrin of some viewers, who found coverage of the royal’s death repetitive), so perhaps the pause on the Netflix release is in line with U.K. media recommendations. Bustle has reached out to Netflix regarding the nature of the delay.

More than 23 million people watched the revealing 1995 interview. In it, Diana opened up about her relationship with Charles (“there were three of us in this marriage, so it was a bit crowded”), her experience with bulimia, and other details about her turbulent treatment by Prince Charles and the royal family, who she said considered her “a threat.” The interview ultimately led the separated couple to officially divorce the next year — but it wasn’t the end of controversy between the royals and Bashir. Because of the interview’s lasting impact on the royal family’s reputation, some outlets believe “the firm” may not be the most receptive to the new documentary, especially in the wake of Philip’s death.

Over the last year, Diana’s brother Charles Spencer, Prince William, and her former lover Hasnat Khan all spoke out against the interview and how Diana may have been manipulated into giving the tell-all. According to the Daily Express, the doc will include “testimony from both BBC insiders and some of those closest to Diana,” so it could potentially lend credence to claims that Diana was deceived in some way.

Royal watchers will just have to wait and see when Netflix decides to reschedule the release. In the meantime, though, there are plenty of other ways to learn about Princess Diana and the royal family, including a variety of royal documentaries that can be found on Netflix and other streaming platforms. Diana’s life has also been committed to dramatized retellings, from the Golden Globe-winning Netflix series The Crown (Season 4 of which focuses on her and Charles) to the upcoming film Spencer starring Kristen Stewart as the late princess.

More like this
'The Crown' Season 6 Has Suspended Filming "Out Of Respect" For The Queen's Death
By Bustle Staff
'That '90s Show' Star Callie Haverda Got Advice From Mila Kunis & Ashton Kutcher
By Brad Witter
Here’s Why Danny Masterson’s Hyde Isn’t In 'That '90s Show'
By Brad Witter
'Bling Empire: New York’ Star Tina Leung Has A Superhero Alter-Ego
By Alyssa Lapid
Get Even More From Bustle — Sign Up For The Newsletter
From hair trends to relationship advice, our daily newsletter has everything you need to sound like a person who’s on TikTok, even if you aren’t.