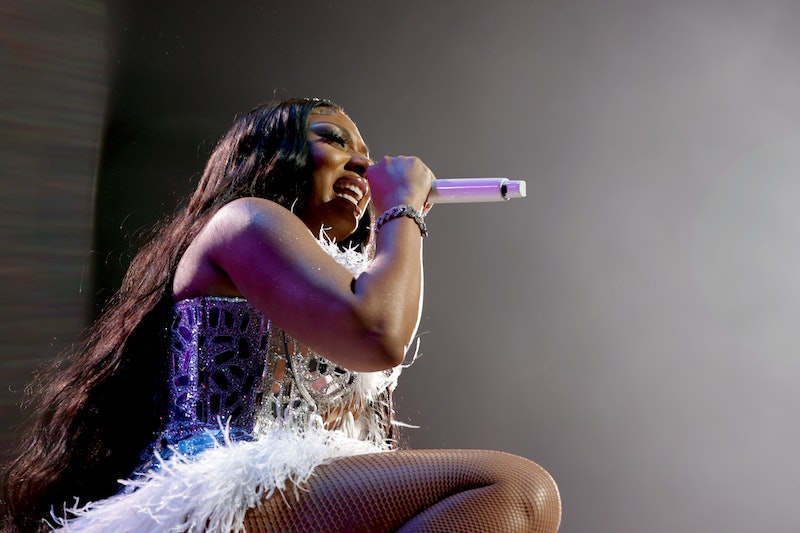 After a rocky couple of years for live music festivals, Parklife returns to Heaton Park this summer.

The popular Manchester music festival enjoyed a hugely successful return in September 2021, with the likes of Megan Thee Stallion, KSI, Mabel and Burna Boy performing to huge crowds. And now it’s back to kickstart the summer.

Taking place in Manchester on June 11 and 12, the festival features a mega lineup with several big names in the music industry. And, as always, there’s something for everyone from techno and house, to garage and more. As general tickets get ready to go on sale, here’s everything you need to know about Parklife 2022.

How To Buy Parklife 2022 Tickets

General sale tickets will be on sale on Jan, 27. at 10 a.m GMT and if the hype is anything to go by, you’ll want to be quick to snap them up. There are three basic ticket packages:

The Saturday ticket includes artists such as 50 Cent, Chase & Status, Central Cee, Ricardo Villabos, and many more – coming in at £79.50.

You can find the full line up for each day, as well as which stage they’re performing on the official Parklife site.

If you don’t want to miss out on any of the incredible and up-coming talent, and want to take in the full-weekend experience, then you can opt for their Weekend ticket which costs £129.50.

Each ticket has a VIP Upgrade option, and Parklife have also provided a payment plan option for a limited number of tickets, which costs £12.50 per month for general admission.

As always it is important to be vigilant that you are purchasing tickets from a reputable source. Tickets will be available through the Parklife website here. As well as: Ticketmaster, Skiddle, SeeTickets, Kaboodle, Big Green Coach, Fatsoma and RA.

What’s The Full Line Up?

And if that’s not enough, they are joined by countless others including: Jessie Ware, Arlo Parks, Joy Crookes, Mahalia, Fred Again, Sonny Fodera, Nina Kraviz, The Blessed Madonna, and more. The full lineup can be found on the Parklife site.

Parklife has joined forces with Big Green Coach for day return services across England, and they are offering 21 pick up points from locations including Birmingham, Leeds and London. You can book your journey here.

As the festival has eight stages and will be playing music from morning to night, you’ll want to put your planning hat on closer to the time to see which venues will be housing your favourite artists.