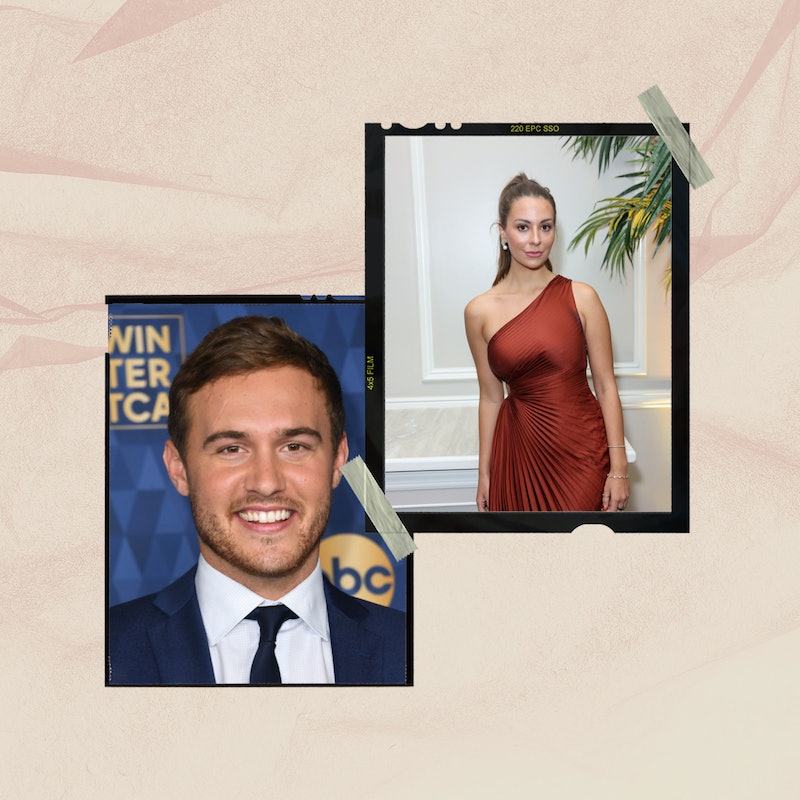 If you’ve been following Peter Weber for a while now, you probably know that it’s taken a few tries for him to find love via Bachelor Nation. Between consecutive turns on The Bachelorette and The Bachelor, the pilot has been linked to Hannah Brown, Hannah Ann Sluss, Madison Prewett, and, most recently, Kelley Flanagan. Though she was originally sent home during Peter’s Bachelor season in 2020, Kelley and Peter started dating that summer — only to break up by December.

“Love is a funny thing,” Weber wrote at the time, per People. “It can make you feel on top of the world and it can make you feel a pain you wish didn’t exist. I’m here to share that Kelley and I have decided to go our separate ways.”

However, almost two years later, in September, several outlets reported that Peter and Kelley had gotten back together. According to Us Weekly, the pair “rekindled their romance this summer and have been spending a lot of time together since then.” A source told E! that Peter “initiated the reunion,” adding that the relationship is “less pressure this time around.”

Peter went on to finally confirm their reunion with an Instagram post on Oct. 18. With the caption “Home Run,” it showed the couple together at a Yankees game, Peter holding Kelley in his arms. Both could be seen looking at each other and smiling.

Members of Bachelor Nation appeared to approve of the renewed couple. Celebratory comments came from Ashley Iaconetti, Jason Tartick, Kendall Long, and Blake Horstmann, among others. “I told you if you wear her down long enough she’ll give .. good job buddy,” wrote Victoria Fuller, one of Peter’s Season 24 contestants. Even his mom, Barbara, weighed in, saying, “Beyond Happy For You Two.”

Initially, neither Peter nor Kelley confirmed their relationship update. However, fans had realized they were back together after they were spotted out together — including at Tyler Cameron’s charity gala this September, according to @BachelorNation.Scoop on Instagram.

Plus, several commenters on Peter’s Sept. 25 Instagram post — a photo of him lounging in the pool — claimed that Kelley recently shared a photo from the same location, suggesting they were together.

It’s not clear when, exactly, Peter and Kelley got back together, but as recently as late May, Kelley seemed to be single. In fact, she appeared on Talking It Out with Bachelor Nation and explained why she and Peter didn’t work out, saying she needed someone more “serious-natured.”

“I guess I just didn’t look up to Peter in the way that I have always hoped to look up to my husband,” she said, adding that she wanted a partner who could support her through moments where she needed “sound advice.” Kelley also said she was looking for a partner who was “super intelligent that could teach [her] things,” though she acknowledged that Peter was “really smart when it came to aviation.”

However, it looks like Peter and Kelley’s relationship may have been able to overcome those misgivings in the end — or maybe it’s just down to fate. As you’ll remember from Kelley’s Bachelor limo arrival, she was hesitant about joining the show and asked for a sign from God to determine if she should go through with it. That sign, she said, came in the form of meeting Peter in a hotel lobby before the show. “Meeting you there, I was like, I think this is a pretty obvious sign,” she told her future beau.

This article was originally published on Oct. 4, 2022