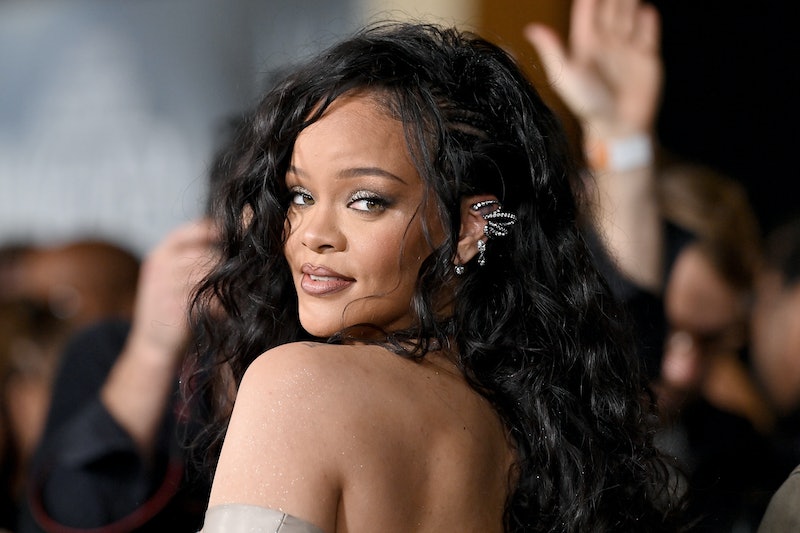 Rihanna’s comeback is in full force. After taking six years away from music to focus on her fashion and beauty lines (which casually made her a billionaire), Rihanna took a baby step back onto the scene last year with a new song that was featured in the Marvel film Black Panther: Wakanda Forever. The track “Lift Me Up” plays over the film’s credits as a tribute to the late Chadwick Boseman, who played King T’Challa in the first film and who passed away in 2020 from colon cancer.

“Lift Me Up” is expected to earn an Oscar nomination when they are announced on Jan. 24, and ahead of the reveal, Rihanna shared a behind-the-scenes look at the making of the song. In the video, Rihanna video chats with Wakanda Forever director Ryan Coogler, the film’s composer Ludwig Göransson, and Roc Nation CEO Jay Brown from her recording studio as they all listen to the song for the first time.

The trio on the phone share their glowing reactions at the end of the song, with Göransson calling the song “timeless,” adding “you don’t know if it’s the past, the future, or the present. It’s a totally different space.” Brown also shares his compliments saying, “this is one of those songs that can hold a lot...I think it’s going to play at people’s weddings.”

Co-written by Coogler, Göransson, Rihanna, and Nigerian vocalist Tems, the song was inspired by a trip the director and composer took to Lagos. Göransson initially had the idea for the song and asked Coogler to pen some lyrics. The duo then invited Rihanna and Tems into the mix to add their own lyrics and provide the vocals.

If “Lift Me Up” gets an Oscar nomination, it will be Rihanna’s first. She’ll also be performing at this year’s Super Bowl halftime show and may take the opportunity to perform it live for the first time.