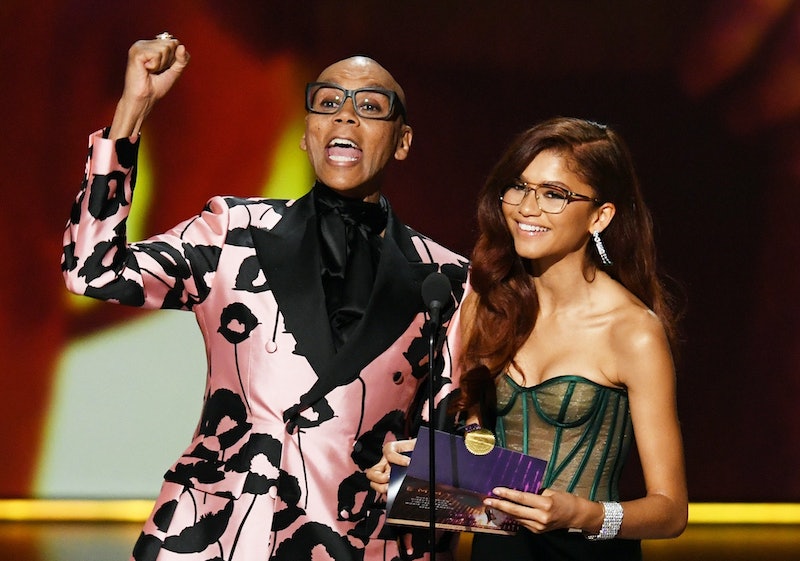 RuPaul has been the world’s most famous drag queen for nearly 30 years now, and while many people in entertainment see their stardom fade as time goes on, the exact opposite is happening to Mr. Charles. Thirteen years ago, RuPaul’s Drag Race premiered in 2009, and nothing has been the same since for RuPaul, reality TV, and drag queens everywhere. The franchise now has many global iterations, and the U.S. version has won 11 Emmys — with RuPaul snatching the Outstanding Host crown six times in the past six years. All said, Drag Race has kept the 61-year-old entertainer in the international spotlight and helped him make millions of dollars.

So, what is RuPaul’s net worth (scroll to the bottom of this post to see his total worth), and what has he done to make money outside of Drag Race? Let’s investigate.

These days, it seems like everything in RuPaul’s universe revolves around Drag Race. He keeps busy filming several seasons per year, as he appears in both the traditional series, the All Stars editions, and the international versions in both the U.K. and Australia. So far, 14 seasons of Drag Race have aired, while the seventh season of All Stars is set to premiere in May 2022.

In addition to All Stars, which sees fan-favorite queens and competitors who came close to winning regular seasons of Drag Race return for another shot at glory, other programs have been spun off from the franchise. RuPaul hosted Drag U, while former contestant Alyssa Edwards created her a reality series with RuPaul titled Dancing Queen. World of Wonder, the production company behind the Emmy-winning series, has launched at least a dozen programs on its own platform, with many connecting back to Drag Race and the personalities who got their start on it.

After succeeding in the U.S., Drag Race expanded to other countries. RuPaul and his collaborators produce some of those shows, while others see production companies in foreign markets licensing the brand, which puts money into the pockets of the original creators, including RuPaul. Versions of Drag Race have popped up in Canada, Australia, the U.K., Thailand, Holland, Chile, Spain, and Italy, and new versions in France, Spain, and the Philippines have been announced.

According to a report published by TV Guide, RuPaul apparently earns at least $50,000 per episode of Drag Race, though whether that’s his entire fee, or just what he’s paid for his hosting duties (aside from serving as a producer) isn’t clear. That article is from 2013, and it’s likely his salary has increased since then. If he does collect $50,000 per episode, each season may translate to $700,000 for him, and he usually films more than one season per year.

RuPaul and his team also run DragCon, an an annual convention in New York City and Los Angeles that focuses on all things drag and Drag Race. Fans of the program can attend to sit in on panels, watch performances, enjoy shopping, and even meet some of their favorite queens. In 2018, beauty brands that sold merchandise at DragCon racked up more than $8 million in on-site sales.

What RuPaul earns from these extensions is unclear, but they continue to run, so they must be financially successful, and with his name attached, he is likely making some residuals.

Aside from Drag Race, RuPaul has been active in TV and film for decades. In 1996, he launched his first eponymous talk show on VH1, The RuPaul Show, which lasted for two seasons. He attempted to create another daytime talk show titled RuPaul in 2019, though it was canceled after only a few weeks due to low ratings. He has also served as a judge and/or host on programs like Skin Wars, Good Work and Gay for Play Game Show Starring RuPaul, and in 2022, he’ll shepherd the return of the game show Lingo to CBS. What he makes from these hosting roles isn’t publicly available.

As an actor, RuPaul has starred in Netflix’s AJ & the Queen (which he also co-produced and co-wrote) and films such as Crooklyn, Starbooty!, To Wong Foo, Thanks for Everything! Julie Newmar, The Truth About Jane, Show Dogs, and The Bitch Who Stole Christmas. He has scored guest starring roles or cameo appearances in popular TV series like Sister, Sister, Nash Bridges, Walker, Texas Ranger, Son of the Beach, Ugly Betty, Happy Endings, and The Muppets.

Throughout his career RuPaul has authored three books, which cover an array of topics. In 1995, as his star was still rising, he published Lettin’ It All Hang Out, an autobiography. His next release didn’t come until 2010, when Workin' It! RuPaul's Guide to Life, Liberty, and the Pursuit of Style came out as Drag Race was becoming popular. In 2018, he published GuRu.

In some ways, RuPaul owes his success today to his music career, as it was the thing that helped him first reach a larger audience beyond the small acting roles and drag shows he was taking part in. Throughout the decades, he has released 14 traditional studio albums and several compilations, remix albums, soundtracks, and EPs. He has also produced dozens of singles, many of which are now used on Drag Race. The vast majority of RuPaul’s musical releases did not chart or sell very well, but he has enjoyed a handful of successful launches. He’s reached the Billboard 200 albums chart in the U.S. with two titles, and he’s hit the corresponding songs ranking, the Hot 100, with three singles, including one with Elton John. He is perhaps best known for songs like “Supermodel (You Better Work),” “Snapshot,” “Cover Girl,” “Jealous of My Boogie,” and “Sissy That Walk.”

In addition to making music, RuPaul recorded a podcast for years. He was joined by frequent collaborator and friend Michelle Visage on What’s the Tee?, which produced nearly 250 episodes before it ended in 2020. They even taped episodes on Drag Race at times.

RuPaul has lent his face and general likability to brands like Webex, Old Navy, and Google’s Pixel line of products, appearing in ads and commercials for all of them.

He has also leveraged his fan base to sell RuPaul-branded items. He has a line of merchandise, with items that typically feature his likeness and sometimes quotes or sayings he uses frequently on Drag Race. He also once sold chocolate bars, which became important in Season 14 of Drag Race.

As a drag queen, RuPaul is very familiar with makeup, and he has partnered with a few companies to use his painted mug to sell cosmetics. In 2013, he launched his debut makeup collaboration with Colorevolution, which was noted for being especially bright and pigmented. Six years later, he and Mally Beauty sold another branded line on QVC. In 2013, he also released a unisex fragrance Glamazon, which is a word fans of Drag Race are used to hearing.

Back in the 1990s, RuPaul and Visage hosted a morning show on New York City-based radio station WKTU. Now, RuPaul has a show on MasterClass, a platform dedicated to helping people learn from the best and brightest in various fields. A report by The Hollywood Reporter claims that instructors usually make $100,000 upfront to write and film classes, and then they can earn a small percentage of royalties after that, depending on how popular their efforts are.

What Is RuPaul’s Net Worth?

In 2022, RuPaul’s net worth stands at $60 million, according to Celebrity Net Worth.