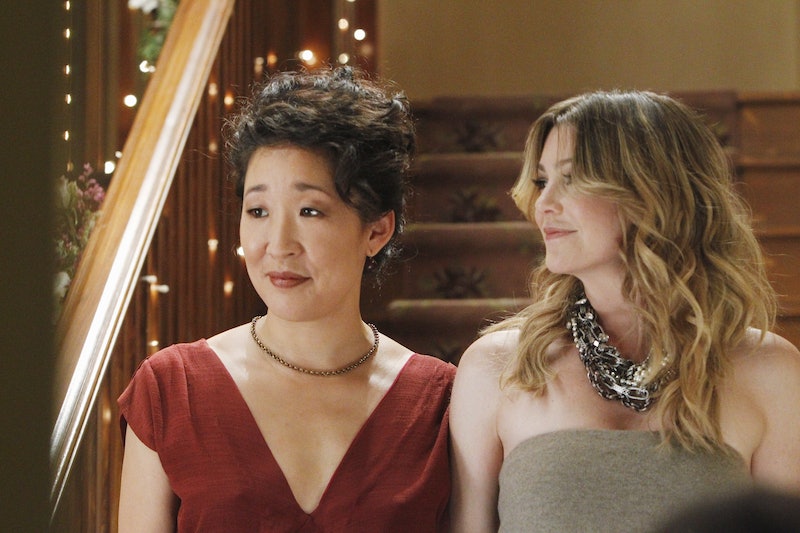 “The writers, directors, casts and crews of Grey’s Anatomy and Station 19 worked so hard to bring these shows to life this past season,” showrunner Krista Vernoff said in a May 10 statement via TVLine. “Keeping each other safe on set while paying tribute to the front-line heroes and first responders has been a challenge and a privilege. I’ve been truly blown away — particularly by our tireless crews — as they reinvented the TV-making wheel. Thank you to ABC and ABC Signature for the support and extraordinary partnership through this unprecedented season. We are so grateful for the opportunity to tell more stories.”

Despite the good news, fans will soon be without any new episodes as the show heads into a long summer break. Here are some other shows like Grey’s Anatomy to watch in the meantime.

Up until Grey’s took the title in February 2019, NBC’s ER was the longest-running medical drama on primetime TV. The show, which ran from 1994 to 2009, boasts an impressive 331 episodes over 15 seasons and covers much of the same territory as its ABC counterpart. Though other A-list talent joined the series later on, the original cast included stars such as George Clooney, Julianna Margulies, Noah Wyle, Anthony Edwards, and Eriq La Salle.

Grey’s Anatomy’s first spinoff, which aired for six seasons from 2007 to 2013, follows Kate Walsh’s Addison Montgomery as she moves from Seattle to Los Angeles to begin a new chapter in her personal and professional life. In addition to introducing Amelia Shepherd (Caterina Scorsone) to the Grey’s universe, there are plenty of character crossovers for fans to enjoy. The show’s cast also includes Taye Diggs, Tim Daly, Audra McDonald, Paul Adelstein, and Amy Brenneman.

Though Sandra Oh has insisted she’ll never return to Grey’s as fan-favorite Cristina Yang, she recently asked fans to “please come with [her] to Killing Eve” on the Los Angeles Times’ “Asian Enough” podcast. In the dark BBC thriller, she plays the titular British intelligent agent Eve Polastri — a role that earned her a place in awards show history as the first woman of Asian descent to win multiple Golden Globes in 2019.

Given the frequent crossover events between Grey’s and Station 19, fans might have already seen some episodes of this firefighter-centered spinoff, which became the new home for Grey’s characters like Ben Warren (Jason Winston George) and Carina DeLuca (Stefania Spampinato). Several Grey Sloan mainstays, including Meredith Grey herself, also make appearances from time to time.

Fox’s medical drama series, which premiered in 2018, similarly follows a group of doctors and nurses as they face personal and professional challenges at Atlanta’s Chastain Memorial Hospital.

Part of NBC’s “One Chicago” block, this emergency room drama from Emmy Award-winning executive producer Dick Wolf will tug at your heartstrings. Now in its sixth season, the cast features Nick Gehlfuss (Will Halstead), Yaya DaCosta (April Sexton), and Torrey DeVitto (Natalie Manning), though the latter two have announced they’ll exit the series ahead of Season 7.

Based on Eric Manheimer’s 2012 book, Twelve Patients: Life and Death at Bellevue Hospital, New Amsterdam centers on idealistic hospital director Dr. Maximus "Max" Goodwin (Ryan Eggold), who makes it his daily mission to change the medical field for the better. The series, now in its third season, has already been renewed through 2023.

If you miss Cristina’s hilarious zingers, the acerbic but brilliant Dr. Gregory House (Hugh Laurie) might be your “person.” The Fox medical drama, which ran for eight seasons between 2004 and 2012, follows a team of dedicated diagnosticians as they work to solve perplexing cases.

If you’re more into the medical drama of Grey’s than the romantic subplots, you’ll want to check out this four-part docuseries from Netflix and BBC Studios. Each episode follows a groundbreaking doctor from around the world, providing “profoundly touching insight into surgery in the 21st century.” Among those featured are Professor Kypros Nicolaides, one of the pioneers of fetal surgery; neurosurgeon Dr. Alfredo Quinones-Hinojosa, who operates on over 250 brains a year; Dr. Nancy Ascher, the first woman to ever perform a liver transplant surgery; and Dr. Devi Shetty, a renowned cardiac surgeon and founder of India's Narayana Health.

After the deceased Lexie Grey made a surprise return in a recent Grey’s Season 17 episode, nostalgic fans may have found themselves wanting to see more of actor Chyler Leigh. The good news: she plays Alex Danvers in The CW’s superhero drama Supergirl, which is currently in its sixth and final season.