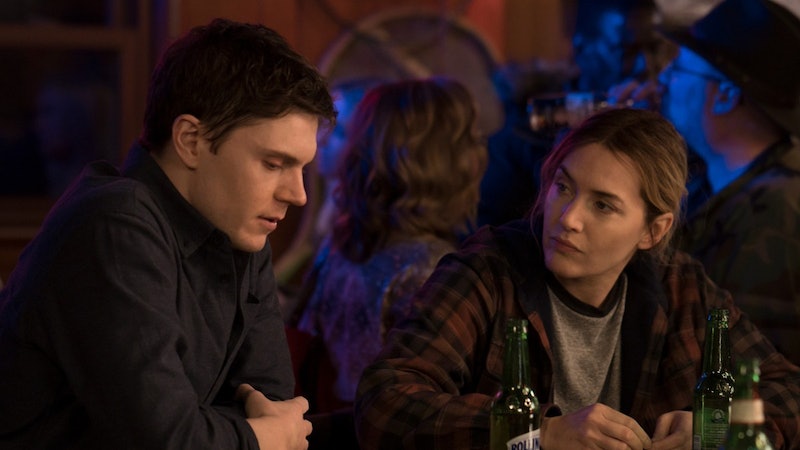 This is Mare’s world, and we’re just living in it. HBO’s latest must-watch mystery stars Kate Winslet as the titular Mare of Easttown, a small-town Pennsylvania detective tasked with solving a horrific murder while also dealing with her own personal issues. If it sounds familiar, it’s because this is territory HBO has masterfully tread many times before, with critically acclaimed projects like Sharp Objects, The Undoing, and other shows similar to Mare of Easttown.

Viewers can’t get enough of series in which the protagonists’ investigations into dark, spooky stuff invariably lead to them reevaluating their own lives, too. Fortunately for fans of the genre, there are endless shows like Mare of Easttown to dive into as the final episodes continue to roll out on HBO. Whether you’re looking for a show to start bingeing now or after the finale, consider adding some of these Mare of Easttown-esque series to your list.

Like Mare of Easttown, HBO’s recent murder mystery The Undoing had viewers in its grip from Episode 1. We weren’t just tuning in for Nicole Kidman’s scene-stealing coats, but to see why a young mother was murdered and how her death, well, undid the seemingly perfect lives of multiple New York private school parents. Available on HBO Max.

If you prefer your mysteries with a dash of supernatural spookiness, The Outsider should be high on your to-watch list. Based on Stephen King’s novel of the same name, the limited series follows a star-studded cast (Jason Bateman, Cynthia Erivo, and Ben Mendelsohn, among others) as a child is murdered and a monstrous presence portends more danger ahead. Watch it on HBO Max.

Hulu’s Little Fires Everywhere, starring Kerry Washington and Reese Witherspoon, is similar to Mare of Easttown in that it brings the protagonists’ issues to the forefront as a mystery unfolds. However, in this case, the question is answered not by onscreen detectives but by the viewers, who see a beautiful suburban mansion burn down in an early flash-forward and spend the rest of the season trying to figure out why. And by who? And how? You can find out by streaming the series on Hulu.

Based on the novel by Gillian Flynn (who also penned Gone Girl), Sharp Objects follows Amy Adams’ Camille, a journalist who returns to her hometown and complicated family — to put it mildly — to help investigate the murders of local girls. Adams and Chris Messina teamed up in this thriller nearly a decade after starring together in Julie & Julia. After sitting through this dark mystery, you might crave the light, fluffy, comfort-food feel from their previous project. The series is available on HBO Max.

The nature of the mystery genre makes it a natural fit for limited series. For those who crave a slower burn, there are exciting network options to explore. Recently renewed for Season 2, ABC’s Big Sky follows Cassie Dewell (Kylie Bunbury) and Jenny Hoyt (Katheryn Winnick), two private detectives investigating a series of disappearances along a Montana highway. Catch up now on Hulu.

Each season of True Detective tells the story of a different mystery in a new location. From a serial killer case in Louisiana to corruption in California to a generational saga in the Ozarks, each of the three installments boasts a star-studded cast, including Mahershala Ali, Rachel McAdams, Matthew McConaughey, and many more familiar faces. Available now on HBO Max.

Twin Peaks’ original run was just two seasons in the early ’90s, but its mark on the mystery genre — and TV in general — has lasted well into the 21st century. Much like Mare of Easttown, the enigma of Twin Peaks begins when a teenage girl is discovered dead in a small town. Watch as Kyle MacLachlan’s Agent Dale Cooper tries to make sense of the supernatural mystery that unfolds, now available on Netflix with a revival on Showtime.

If you need a pick-me-up after streaming all these titles, Saturday Night Live’s hilarious take on Mare of Easttown is also worth a watch. Sadly, “Murdur Durdur” isn’t a real show, but you can still enjoy the spot-on impression that Beck Bennett delivers, all while sporting a serious horseshoe mustache.

More like this
Here’s What Happens To Bill & Frank In 'The Last Of Us' Video Game
By Brad Witter
Pamela Anderson's Sons Brandon & Dylan Have Their Own Hollywood Careers
By Arya Roshanian
Wait, Is Barney Stinson Related To Sophie On 'HIMYF'?
By Gretchen Smail
The 'Gossip Girl' Reboot Creator Is “Looking For A New Home” To Air A Potential Season 3
By Brad Witter
Get Even More From Bustle — Sign Up For The Newsletter
From hair trends to relationship advice, our daily newsletter has everything you need to sound like a person who’s on TikTok, even if you aren’t.