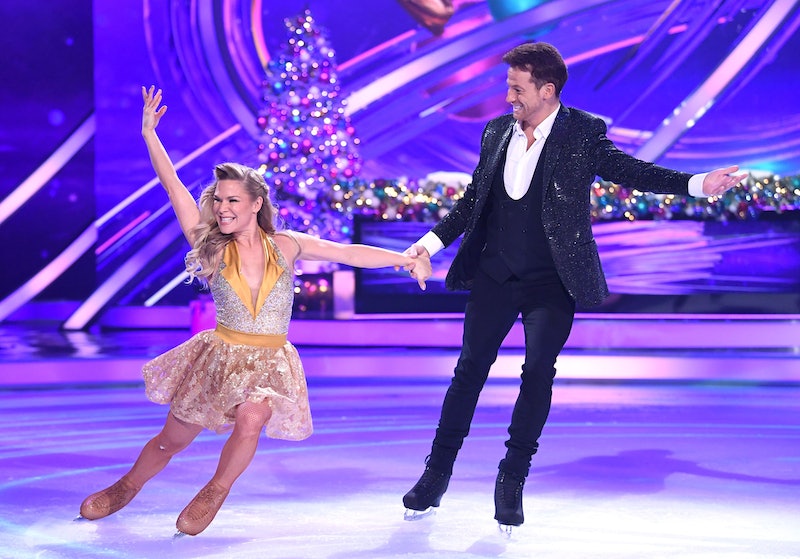 Strictly Come Dancing professional Oti Mabuse is set to join the judging panel for ITV’s Dancing On Ice, replacing John Barrowman after he stepped down earlier this year.

This marks another move into judging for the South African dancer. Mabuse featured on the Masked Dancer panel earlier this year, and made her judging debut in 2019 on The Greatest Dancer. The 31-year-old was dance captain to the winners of both seasons of the latter (contemporary dancer Ellie Fergusson in 2019 and Latin duo Michael and Jowita in 2020) and her sister Motsi joined the Strictly judging panel in 2019 after prima ballerina Darcey Bussell’s departure.

ITV confirmed on Dec. 22 that the two-time Strictly champion would join the ice panel for its 14th season, judging alongside Diversity dance troupe leader Ashley Banjo and winter Olympic gold medallists Jayne Torvill and Christopher Dean. Hosts Holly Willoughby and Phillip Schofield will reprise their roles for the next stint of the greatest show on ice, also.

Mabuse is clearly excited about her new role, telling ITV, “As a professional dancer I have always had so much respect for the skating professionals on Dancing On Ice. It is an exceptional skill that is also so beautiful to watch.” She added, “Having been on both sides of the table, I know a little bit about how they’ll be feeling. It's more than an honour and I already can’t wait to join the family.”

Head of Entertainment Commissioning at ITV Katie Rawcliffe said: “Oti is not only a supremely talented dancer and choreographer but she brings enormous fun and energy to all that she does. It’s fantastic to be welcoming her to our Ice Panel.”

Dancing On Ice returns to our screens in January 2022 with a star-studded lineup including soap star Sally Dynevor, Love Island’s Liberty Poole, BMX Olympic silver medalist Kye Whyte and The Vamps’ Connor Ball. The celebrity contestants and their professional partners will be skating live each week in a bid to impress both the panel and the viewers at home.

More like this
Twitter Has Renamed Ekin-Su After *That* 'Dancing On Ice' Performance
By Sophie McEvoy
Twitter Can’t Make Up Its Mind About Ekin-Su’s 'Dancing On Ice' Skate-Off
By Sophie McEvoy
Joey Essex Is Rumoured To Be Dating A 'Love Island' Favourite
By Sam Ramsden
'Love Island' Has Added Yet Another Bombshell To The Villa
By Bustle UK
Get The Very Best Of Bustle/UK
Sign up for Bustle UK's twice-weekly newsletter, featuring the latest must-watch TV, moving personal stories, and expert advice on the hottest viral buys.