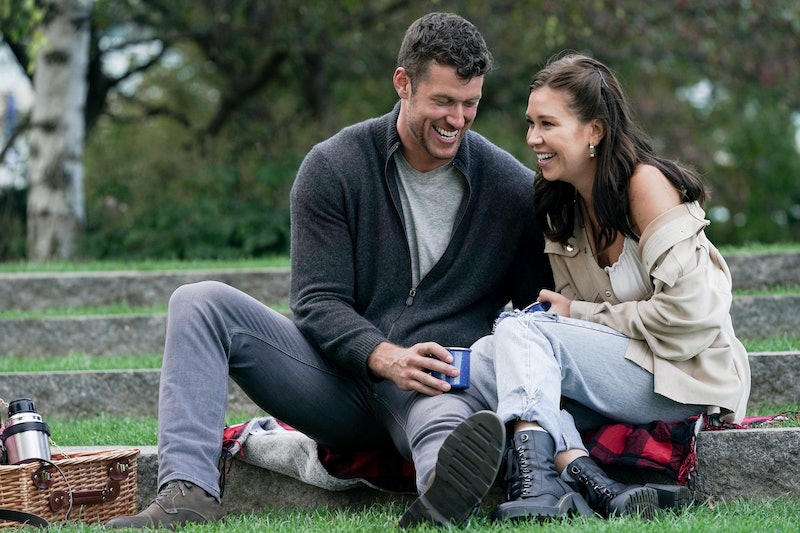 30-year-old Gabby Windey became an instant fan-favorite on Clayton’s season of The Bachelor and it’s not hard to tell why. The former NFL cheerleader has one of the biggest personalities this season and has truly embraced being her goofy, authentic self. On her one-on-one date last week, she proved that she’s always down for an impromptu game of street hockey, will willingly lie on the sidewalk to pet a stranger’s dog, and is also able to have tough conversations. But it was this week’s episode that got most of Bachelor Nation on Team Gabby — not because they want her to win, but because they want her to be the next Bachelorette.

After this season’s most toxic villain, Shanae Ankney, was sent home by Clayton during a two-on-one date with Genevieve this week, the mood instantly shifted. For weeks, the women have been warning Clayton about Shanae’s behavior, which included mocking another contestant for having ADHD, eating all of the shrimp, crashing a group date, and throwing the winning team’s trophy into a pond after losing a challenge. Unfortunately, the 29-year-old recruiter manipulated Clayton into keeping her around for far longer than she deserved. And when she was finally sent home, the remaining women rejoiced.

“Cheers to finally curing the herpes outbreak!” Marlena said in a toast after Shanae’s luggage was wheeled away. The other women were just as overjoyed. Hunter popped a bottle of champagne and Mara danced. But it was Gabby double-fisting two bottles of bubbly that caught the internet’s attention and kicked off a campaign for ABC to cast her as Season 19’s Bachelorette. “GABBY FOR BACHELORETTE,” Twitter user @carlymvandamme wrote alongside a screenshot of the iconic moment. Bachelor Nation unanimously agreed:

Longtime Bachelor fans aren’t the only ones rooting for Gabby. Dean Unglert and Blake Horstmann, who competed on earlier seasons of The Bachelorette, both dated the nurse before she was cast on Clayton’s season. After Blake revealed that he only dated Gabby for a “couple [of] months” on his Behind The Rose podcast, he gushed over her personality. “She’s fun,” he said. “She has a very outgoing personality, very loud, like, when she walks into a room, you know she’s in a room.”

Unglert, who was in a serious relationship with Gabby over a decade ago when they were in college, also thinks she has Bachelorette potential. “Producers called me and were like, ‘Hey, we’re thinking of casting [Gabby] — what do you think of her?’” Dean explained on his Help! I Suck at Dating podcast. “And I was like, ‘Oh, she’s great. If she gets selected for the show, she’ll either win the show or she’ll be the next Bachelorette.’ And I firmly believe that.”

More like this
This 'Bachelor' Contestant Got Back With Her Bachelor Nation Boyfriend After Going Home
By Grace Wehniainen
'Bachelorette' Vet Clare Crawley Unveiled 2 Special Wedding Day Accessories
By Stephanie Topacio Long
This 'Bachelor' Contestant Had The Best Reaction To Wearing The Same Dress As Another Woman
By Grace Wehniainen
The Bachelor’s Greer Blitzer Apologized For “Uneducated, Ignorant” Past Tweets
By Brad Witter
Get Even More From Bustle — Sign Up For The Newsletter
From hair trends to relationship advice, our daily newsletter has everything you need to sound like a person who’s on TikTok, even if you aren’t.