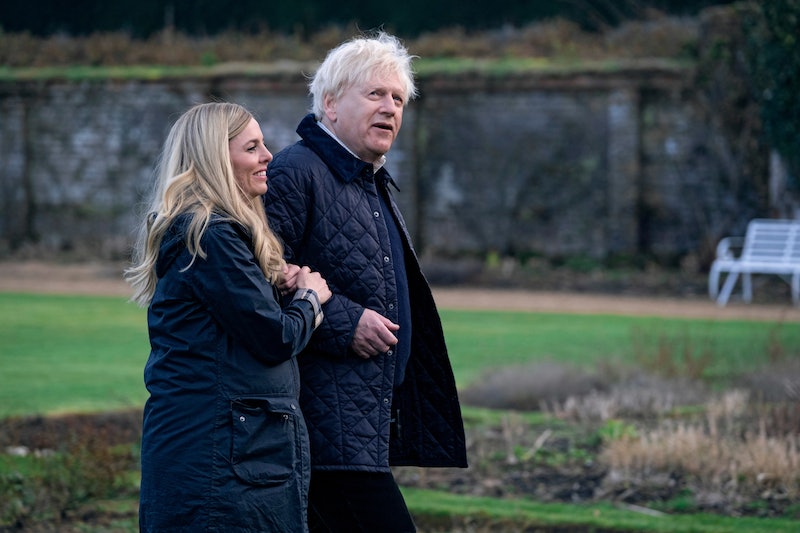 With unruly blond hair and familiar stern "address-the-nation" expression, BAFTA-winning actor Kenneth Branagh (Tenet, Death On The Nile) looks entirely convincing as Prime Minister Boris Johnson for upcoming political drama, This England (formerly titled This Sceptred Isle). The Sky Atlantic series is set to look at the devastating first wave of the coronavirus pandemic and will detail how the UK government attempted to tackle the virus spread. Already appearing quite controversial and evoking Marmite-like reactions, here’s everything to know about This England so far.

Looking back at Johnson’s early leadership, party turmoil, and scandal (unlikely that the series will cover Partygate, however, as those events are too recent), Sky’s synopsis reads: “The drama takes us inside the halls of power, as Johnson (Branagh) grapples with Covid-19, Brexit, and a controversial personal and political life”.

The five-part series is expected to share "first-hand testimony" from a variety of people who were crucial in the country's response. This includes individuals from Number 10 Downing Street, the Department of Health, and The Scientific Advisory Group for Emergencies (SAGE) as well as courageous frontline workers from "all walks of life."

Alongside Branagh, Ophelia Lovibond (Minx, Guardians Of The Galaxy) will star as ‘First Lady’ Carrie Johnson. Arguably, scandal wise, the best role up for grabs was that of the former Health Secretary Matt Hancock. He’ll be played by Andrew Buchan (All The Money In The World, Broadchurch). Watch this space for more cast updates.

This England is written by Michael Winterbottom and Kieron Quirke, while Tim Shipman, political editor of The Sunday Times, serves as a consultant on the series.

Following the series announcement in January 2021, Winterbottom explained that the series will chronicle the efforts "of scientists, doctors, care home workers and policy makers to protect us from the virus”.

He added: "The first wave of the Covid-19 pandemic will be remembered forever. A time when the country came together to battle an invisible enemy.

"A time when people were more aware than ever of the importance of community. Our series weaves together countless true stories – from Boris Johnson in Number 10 to front line workers around the country – chronicling the efforts of scientists, doctors, care home workers and policy makers to protect us from the virus."

The full trailer hasn’t arrived just yet, but Sky have dropped a first look teaser (May 18). It opens to a press conference, as Johnson says, “A new dawn is breaking,” declaring 2020 a “year of prosperity”. Then later, “The single best thing we can all do is wash our hands”.

While an unidentified character comments, “I have a hunch that Johnson will come to regret securing the premiership”. Ominously, it closes with a news announcement: “The United Kingdom has overtaken Italy to report the highest official death toll.”

There’s no specific release date as of yet, but we do know This England is set to launch on Sky Atlantic in autumn 2022.