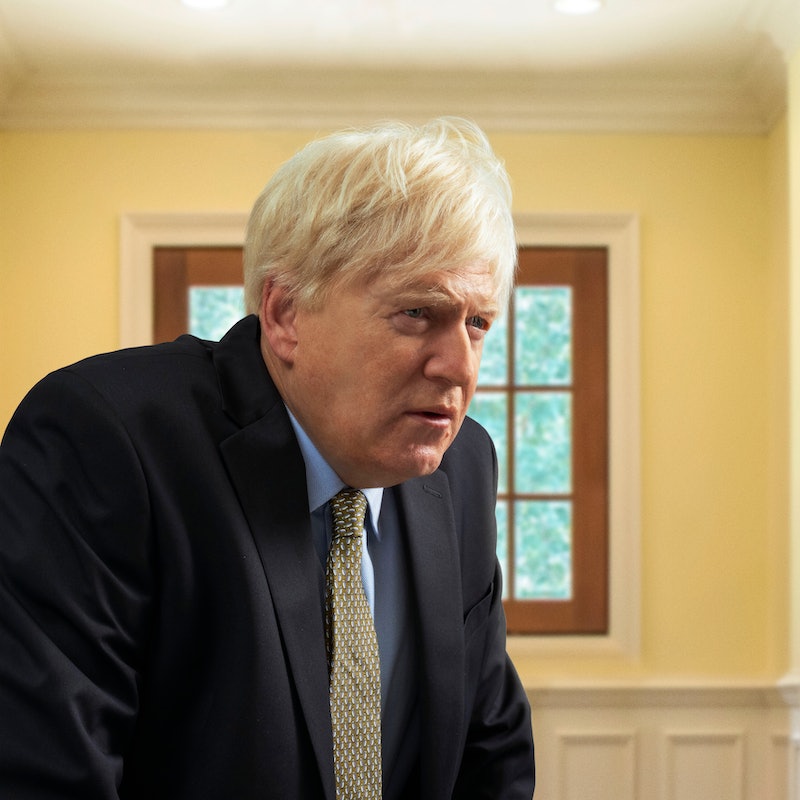 With unruly blond hair and familiar stern "address-the-nation" expression, BAFTA-winning actor Kenneth Branagh looks convincing as Prime Minister Boris Johnson for upcoming political drama, This Sceptred Isle. The Sky Atlantic series is set to look at the devastating first wave of the coronavirus pandemic and will detail how the UK government attempted to tackle the virus spread. While we're very much still living through the pandemic, it'll be interesting to see what kind of stance the show takes, so here's everything you need to know about This Sceptred Isle.

The five-part series is expected to share "first-hand testimony" from a variety of people who were crucial in the country's response. This includes individuals from Number 10 Downing Street, the Department of Health, and The Scientific Advisory Group for Emergencies (SAGE) as well as courageous frontline workers from "all walks of life."

As the official synopsis reads:"This Sceptred Isle will tell the tale of some of the most devastating events to ever befall the United Kingdom, and of a Prime Minister leading in these unprecedented times.

"The drama will trace the impact on Britain from this once-in-a-generation pandemic, and the response of scientists, nurses, and doctors as they worked tirelessly and heroically to contain and overcome the virus."

This Sceptred Isle — a phrase used to describe England in Shakespeare's Richard II — was written by Michael Winterbottom and Kieron Quirke, while Tim Shipman, political editor of The Sunday Times, serves as a consultant on the series.

Following the series announcement earlier this year, Winterbottom explained that This Sceptred Isle will chronicle the efforts "of scientists, doctors, care home workers and policy makers to protect us from the virus”.

He added: "The first wave of the Covid-19 pandemic will be remembered forever. A time when the country came together to battle an invisible enemy.

"A time when people were more aware than ever of the importance of community. Our series weaves together countless true stories – from Boris Johnson in Number 10 to front line workers around the country – chronicling the efforts of scientists, doctors, care home workers and policy makers to protect us from the virus."

Filming of the political drama began earlier this year, and while Kenneth Branagh has already been seen sporting Boris Johnson's hairstyle, it's likely we won't see the This Sceptred Isle until late 2022.

It's expected to a compelling watch and, hopefully, one we can experience during better times.