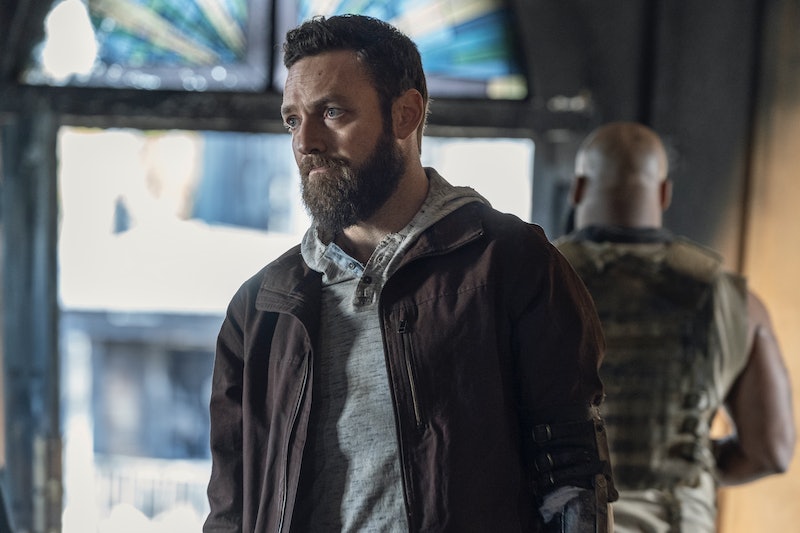 Spoilers ahead for The Walking Dead Season 11 and comics. As The Walking Dead nears the end of its 11-season run, fans are wondering who will — and won’t — make it out alive. The mysterious Reapers are still very much a threat, and who knows what’s in store for the survivors now that they’re finally entering the Commonwealth. The expansive community is home to some of the most climactic moments in the comics — including the assassination of a pretty major character.

We’re only at the beginning of The Walking Dead’s final chapter: the super-sized final season is set to air 24 episodes through late 2022. But viewers are already floating theories about how everything will play out in the end.

Aaron Will Meet The Same Fate As Rick In The Comics

If you’re familiar with The Walking Dead comics, you already know that Rick dies at the end of the story. Unlike his onscreen counterpart — who has been MIA but is almost certainly still alive — the comics version of the character makes it to Commonwealth and effects change there, disrupting the community’s rigid social hierarchy and attracting a few enemies...most notably his eventual assassin, Sebastian Milton.

Rick was never meant to survive. Walking Dead creator Robert Kirkman told The New York Times that he knew from the beginning Rick would die, and that it was important that he, “would essentially be giving his life to preserve this civilization.”

Rick is set to appear in a series of upcoming Walking Dead movies, so that won’t happen on the show. But Redditor MegaMaisie09 theorizes that another character will meet Rick’s fate: Aaron.

With his beard and metal arm, Aaron does look a lot like the comics version of Rick, but their similarities go beyond surface level. They both serve as moral compasses in the story, too: remember how horrified Aaron was by Gabriel murdering Mays in Season 10?

Negan Will Heroically Save Hershel

As the first two episodes of Season 11 confirmed, the conflict between Neegan and Maggie remains pretty irreparable (how can you ever be OK with the guy who brutally killed your husband?). But Redditor Background_Stuff_821 theorizes that Negan will redeem himself by saving Maggie’s son Hershel — and dying in the process.

As the user points out, we already saw Negan’s backstory, noting that we often learn more about characters’ histories right before they die. Background_Stuff_821 suggests that the Reapers — who seem to have a personal vendetta against the Rhees — will try to kill Hershel only for Negan to step in to sacrifice himself and save the day. TikTok user neogeeksout voiced the same prediction, citing Negan’s soft spot for kids, but postulated that Negan will survive the encounter. If he “put his life on the line to save Hershel ... that would be a big deal to [Maggie.]”

The Carol-Daryl Spinoff Is A Misdirection

The Walking Dead is known for the occasional misdirect (remember Glenn and the dumpster incident from Season 6?). But Redditor Cheeseburger-Sex theorizes the biggest fake-out is yet to come: maybe the upcoming Daryl and Carol spinoff isn’t actually happening, and was instead announced to “heighten the shock and impact” of Daryl and Carol’s deaths in the finale.

It sounds a little far-fetched: announcing a fake spinoff seems needlessly elaborate and, quite frankly, like a waste of time and resources. But it’s not entirely without precedent. As the Reddit user pointed out, Kirkman teased three entire issues (and corresponding cover art) of The Walking Dead comics to throw readers off the fact that the series was ending in 2019. Kirkman defended his decision in the afterword of the final issue, writing “Not knowing what’s going to happen when you turn the page, who’s going to die, how they’re going to die... it’s been ESSENTIAL to the success of this series.”

More like this
Nicola Coughlan Shared A Lady Whistledown Excerpt From ‘Bridgerton’ Season 3
By Grace Wehniainen, Alyssa Lapid and Sam Ramsden
A New 'And Just Like That' Table Read Pic Confirms A Key Character's Return
By Jack Irvin and Grace Wehniainen
This Episode 6 Moment Foreshadows Viserys' Fate On 'House Of The Dragon'
By Grace Wehniainen
Watch The Thrilling Teaser Trailer Of 'Shadow And Bone' Season 2
By Gretchen Smail and Jack Irvin
Get Even More From Bustle — Sign Up For The Newsletter