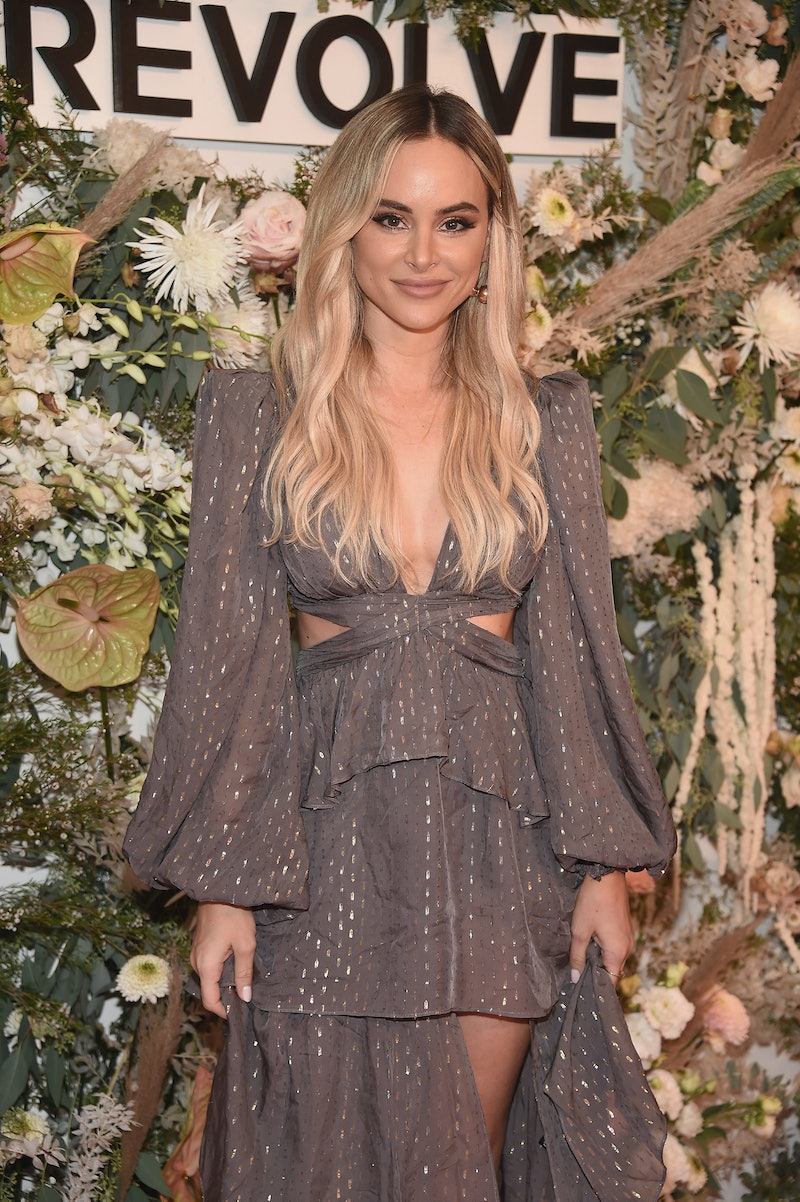 When Amanda Stanton said she was done dating within the Bachelor franchise, she meant it. After all, by then, the Bachelor alum from Ben Higgins’ season had had her heart burned by her romances that played out on TV. Thrice. It’s proving to be a wise move. As of Dec. 2, she’s engaged to her boyfriend of one year, realtor Michael Fogel.

Amanda’s relationship with Michael comes after very public and somewhat messy breakups. She became a fan favorite during Ben’s season as a newly-divorced single mother of two. (She was married to Nick Buonfiglio until 2015 and joined the dating show a year after their split.) Unfortunately, she only made it to Ben’s final four. A year later, she joined the third season of Bachelor in Paradise and ended up engaged to Josh Murray. That engagement didn’t last long, and the two split after a few months. She rejoined BiP the following season in 2017 and coupled up with Robby Hayes. Though they dated for a bit after they left the island, they parted ways that same year.

Meanwhile, Michael also dated some high-profile personalities. According to US Weekly, he previously dated another reality star, Farrah Aldjufrie, better known as Real Housewives of Beverly Hills Kyle Richards’ daughter, from 2016 to 2017. He was also reportedly linked to *another* Bachelor alum, Corinne Olympios, in December of 2017.

Though Amanda and Michael started dating in November of 2020, they only became Instagram official last February, when Amanda shared a Valentine’s Day picture from Cabo, Mexico. Michael became a staple on her social media after that, with her posting kissing pics, Halloween couple’s costumes, and sweet group shots with Amanda’s daughters. “My best friends,” she wrote in one.

Less than a month before their engagement, the couple celebrated their first anniversary. Amanda took to Instagram to post a video compilation of Michael laughing. She captioned the cute post, “Today marks one year from our first date! feels like longer (in a good way!) thanks for always making me laugh…& making yourself laugh even harder @michaelafogel.”

Finally, on Dec. 2, Amanda shared news of her engagement. Posting a photo of the two in an embrace (with the ring strategically visible, of course), she captioned it, “YES !!!” with a ring emoji. “WHEN YOU KNOW YOU KNOW,” she wrote along with more pictures shared on her Instagram Stories. “Ahhh I’m still freaking out & shaking lol can’t wait to tell you all everything! all the love from y’all means so much to me ilysm!!!” she posted in another.

Unfortunately, all updates about the couple’s forthcoming nuptials will likely solely be via Amanda’s Instagram account as Michael’s is set to private.