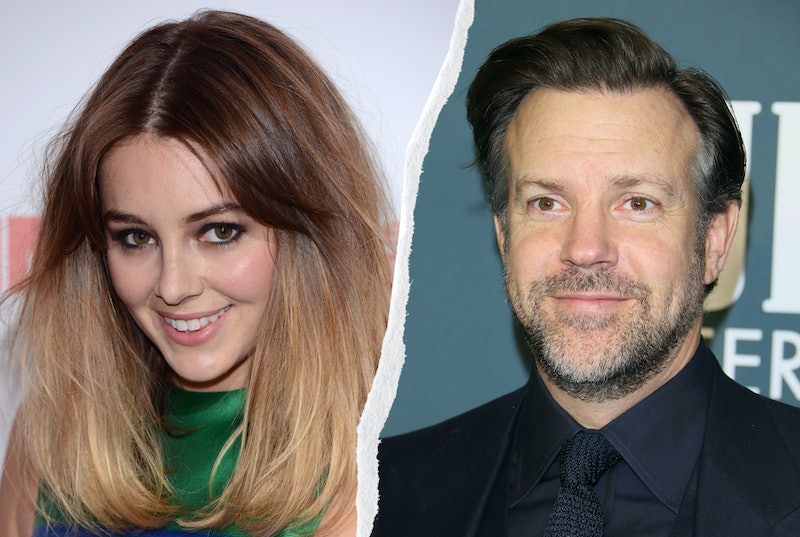 Following their 2020 split, Olivia Wilde and Jason Sudeikis both started seeing other people. Famously, Wilde is reportedly dating "Adore You" singer Harry Styles after directing him in Don’t Worry Darling — she even showed up to support him at his first Love on Tour show in September 2021. Earlier last year, the Emmy-nominated Sudeikis was reportedly dating a former co-star himself. According to People’s sources, the Ted Lasso star was "casually seeing Keeley Hazell," an English model and actor. The two actors seemed to confirm the reports on March 2, 2021, when Sudeikis was seen leaving her apartment and Hazell left wearing the same hoodie he sported at the Golden Globes.

The relationship didn’t stop there. In fact, as recently as last June, People shared exclusive photos of Sudeikis and Hazell walking through New York together. However, if you were wondering whether the couple would appear together during the 2022 SAG Awards, for which Sudeikis’ series received a whopping five nominations, that’s a little complicated.

Later last summer, E! News reported that they were no longer together. A source told the outlet in July that the “longtime friends” were “no longer romantic,” adding that “it was definitely never a serious thing.” But in November, Page Six reported they were indeed a couple and shared photos of them kissing on the beach in Cabos San Lucas, Mexico. Still, though, neither Sudeikis nor Hazell have commented on their status. And even if the pair is back on, it doesn’t mean they’re any more official than they were before.

As Sudeikis and Wilde (who share 7-year-old Otis and 5-year-old Daisy) only recently broke up after nine years together, it comes as no surprise that he’d be keeping things casual this time around. And that element of Sudeikis and Hazell’s relationship has been reported from the beginning — People’s source said Sudeikis "wasn't looking for anything serious" in early 2021.

In July, the Saturday Night Live alum opened up about his separation from Wilde to GQ. “That's an experience that you either learn from or make excuses about,” he said. “You take some responsibility for it, hold yourself accountable for what you do, but then also endeavor to learn something beyond the obvious from it.”

Though casual, Sudeikis and Hazell's apparent relationship didn't come out of nowhere. In fact, they once worked together when Hazell had a small part in 2014's Horrible Bosses 2, which starred Sudeikis. Hazell has also acted in Lifetime's Deadly Matrimony, E's The Royals, and the 2011 romantic drama Like Crazy. More recently, she played the role of Bex in Ted Lasso, the popular Apple TV+ series that won a Golden Globe for Best Television Series - Musical or Comedy. Sudeikis himself also won for Best Actor in this space, but the rumored couple did not appear on the virtual red carpet together for the awards ceremony, which took place on Feb. 28, 2021. (There was no ceremony for 2022, though Sudeikis did win the top acting award again).

While neither Sudeikis nor Hazell have spoken publicly about their rumored relationship, Hazell did talk about her dating life in an October 2020 interview with The Sun, the U.K. tabloid for which she used to model. "Since being single, I joined a dating app for the first time and had a few lockdown FaceTime dates, but that’s all," she told the paper.

At the time, Hazell also said that she was temporarily back in London and had recently ended a long-term relationship — so it definitely made sense that she'd be just as happy as Sudeikis to keep things casual as they both got back on the dating scene.

More like this
Kevin Kreider Finally Asked Out Kim Lee On 'Bling Empire'
By Brad Witter
Who Is Nick Cannon Dating & How Many Kids Does He Have?
By Jordyn Tilchen and Radhika Menon
Kelly Mi Li Teased A Mysterious New Boyfriend In 'Bling Empire' Season 3
By Brad Witter
‘The Ultimatum: Queer Love’ Is Officially On The Way
By Radhika Menon and Kadin Burnett
Get Even More From Bustle — Sign Up For The Newsletter