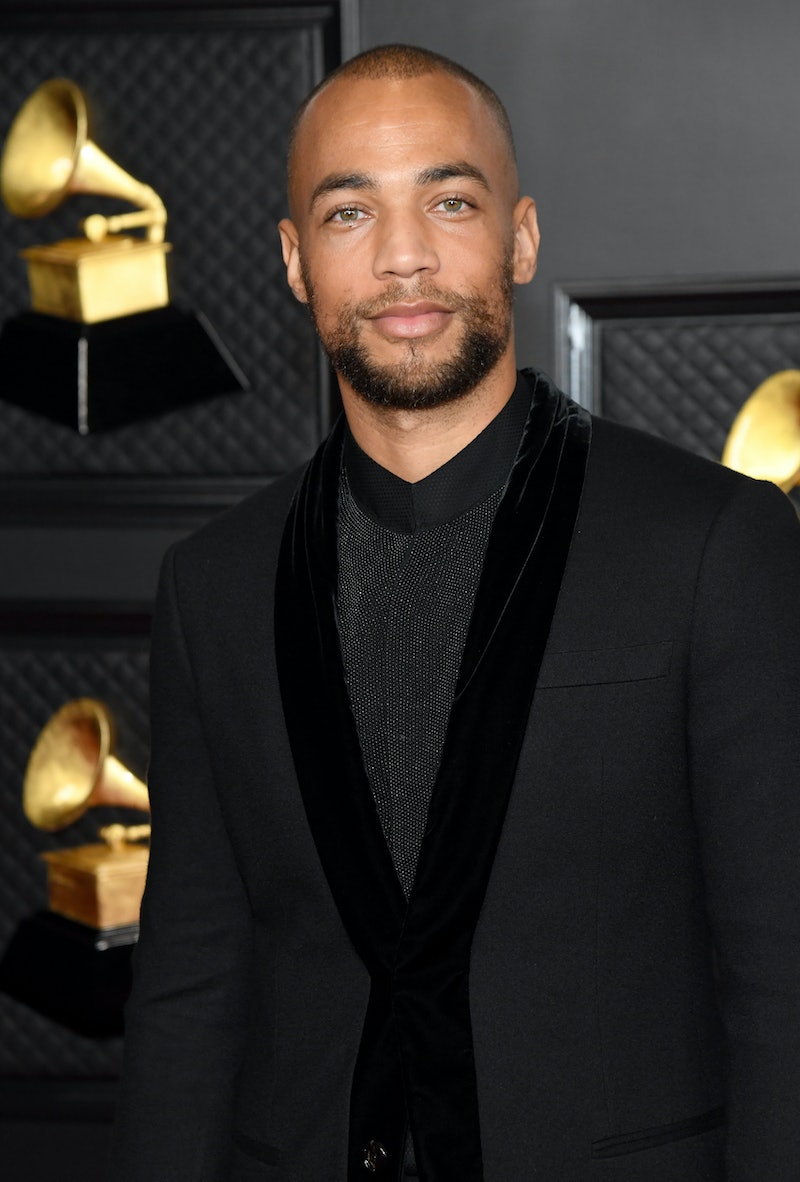 Insecure Season 5 premiere spoilers ahead. Kendrick Sampson goes to therapy, reads Angela Davis, and is passionate about eradicating all forms of injustice. He’s a certified catch. Onscreen, however, he doesn’t have the best dating track record. As Jesse on The Vampire Diaries, he tried to get with Caroline, who had a werewolf boyfriend. On How To Get Away With Murder, he played the murdered Caleb, who lied about getting it on with his sister. And as Lyft Bae, aka Nathan, he embodied the bane of modern dating when he ghosted Issa (Issa Rae) in Season 3 of Insecure.

Nathan explained his abrupt departure the following season when he told Issa he had been diagnosed with bipolar disorder and spent time seeing a therapist. By then, she was already seeing Jay Ellis’ Lawrence then and kept Nathan in the friend zone. But now that Issa and Lawrence seem to be broken up for good, fans are hoping Nathan and Issa will finally reconnect in the fifth and final season of Insecure, which premiered on Oct. 24. While Nathan’s love life is a little complicated, Sampon’s IRL romances couldn’t be more different. Sampson can relate to an Insecure character’s love life — just not Nathan’s. Here’s everything we know about Kendrick Sampson’s dating life, including what he wants in a partner.

Remember that skinny dipping date Nathan had with Issa before he bolted? Sampson previously told Bustle that he’s never been on a similar date. "I haven’t ever had an adventurous date like that, and so it’s inspiring and kind of a reminder that life is short, and we have to seize the day,” he said. In an interview with Essence, he also revealed after his ghosting story arc that he, too, had been ghosted in the past. “I know how it feels, and it’s heartbreaking,” he said. “As a matter of fact, this girl ghosted on me and hit me up today. You know what? I ain’t even gonna answer,” he laughed before conceding, “But I’ma answer a little bit later. I wanna know. I’m like, where you was at?”

Aside from those ghosting misfortunes, he was previously linked to Fifth Harmony’s Normani Kordei when people saw them together at Variety‘s Power of Young Hollywood party in 2017. According to a report by Hollywood Life, “The two were caught flirting and exchanging numbers.” Nothing else was reported beyond that event.

After that, he was briefly linked to supermodel Naomi Campbell when they were photographed together in 2018 at Burberry’s Christmas party. Speculation amplified after they appeared together on the March 2019 cover of British Vogue. Shot by Steven Meisel, Sampson played Campbell’s love interest in a series of high fashion photographs. He told the outlet, “Naomi and I clicked immediately. The two of us were just chatting about politics all day. It was pretty awesome.” He shared a photo from the shoot when he greeted Naomi on Instagram a few months later. “Happy birthday to the 1 & only @naomi,” he wrote. Followers were quick to ship the two in the comments section with messages like “stunning couple” and “they look good together.”

While there’s no recent news about who Sampson wants, we do know what he wants in a partner. In 2015, he told Glamour all the qualities he found attractive in women, listing a sense of humor and passion among them. "I love a woman who is passionate about something bigger than herself, whatever that is,” he said, adding, “Humor is a must because I laugh at everything.” He also said he loves a woman “who pursues peace, loves kids, isn't afraid of conflict, and effectively communicates” and “someone who loves God and loves great food. That's my life.” He’d prefer someone skilled in the kitchen, too, adding that she “has to be able to cook at least as well as me!"

For now, Sampson appears to be single — or just very, very good at keeping his romances low-key. In place of keeping up with his personal life, fans will just have to make do with his Insecure comeback.

Issa Rae, if you’re reading this, another skinny dipping date with Nathan would be much appreciated.

More like this
Who Is Murray Bartlett Dating? 'The Last Of Us' Star Is Extremely Private
By Alyssa Lapid
Here’s What Happens To Bill & Frank In 'The Last Of Us' Video Game
By Brad Witter
Who Is "Daddy" Pedro Pascal Dating? People Are Thirsting Over The 'Last Of Us' Star
By Alyssa Lapid
Michael B. Jordan Tackled His "Public Breakup" With Lori Harvey On 'SNL'
By Brad Witter
Get Even More From Bustle — Sign Up For The Newsletter
From hair trends to relationship advice, our daily newsletter has everything you need to sound like a person who’s on TikTok, even if you aren’t.