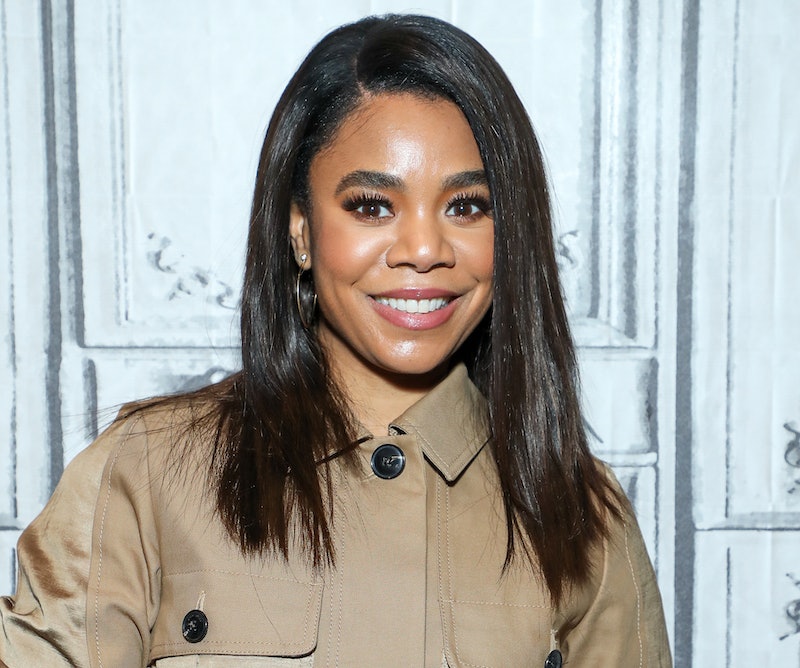 Regina Hall is beloved by fans for her roles as the hilarious Brenda in the Scary Movie franchise, lifestyle influencer Ryan Pierce in Girls Trip, and stockbroker Dawn Darcy in Showtime’s Black Monday, among others. The actor currently stars alongside Nicole Kidman in Hulu’s Nine Perfect Strangers miniseries as Carmel Schneider, an unusually peppy mother who’s grieving the end of her marriage, as her ex-husband left her for a younger woman. It wouldn’t be surprising if the character’s dramatic love life has some Hall fans wondering about her own relationship history, so here’s everything we know.

While the actor generally keeps her personal life under wraps, glimpses into her dating past have been revealed throughout her decades-long career. In a 2017 interview with YouTube’s Leschea Show, rapper Sadat X of Brand Nubian claimed he dated Hall and lived with her for seven years between the ’90s and the ’00s. While he admittedly “f*cked [the relationship] up,” the rapper told the host that he “should have married her.” While Hall hasn’t publicly commented on their purported time together, she’s featured on a track from Sadat X’s 1996 Wild Cowboys album titled “The Interview,” seemingly her only musical work to date.

After starring alongside Sanaa Lathan in 2000’s Love & Basketball, there was a period of time in which the two were rumored to be dating, as they briefly lived together while Hall’s house underwent repairs. Hall squashed the rumors during a 2016 interview with The Breakfast Club, noting that she and Lathan found them to be funny. Speaking to NewNowNext in 2019, she further clarified her feelings toward the dating speculation. “If I was with a woman, that wouldn’t be anything I’d be ashamed of or try to hide,” Hall explained. “It wouldn’t be Sanaa, though, because she’s like my sister.”

One of the only true relationship confirmations we’ve received from Hall is the fact that she endured a major breakup in 2010 while working on Law Abiding Citizen and Law & Order: L.A., the actor revealed in a 2015 interview with The Los Angeles Times. But she never named the individual, so it’s unclear who she was talking about. However, she added that the significant breakup led her to consider leaving acting to become a nun — one of her childhood dreams. Hall was 40 at the time, and the specific convent she wanted to join had a cutoff age of 39, so she was forced to continue with her ultra-successful acting career instead.

Hall was briefly romantically linked to rapper Common in 2016, as the two co-starred in Barbershop: The Next Cut. But he shut down the rumors during an appearance on The Breakfast Club the same year. “That’s just my people — that’s just my buddy,” he said of Hall. “We never were in that space. That’s just somebody I care about as a friend. We worked together, and right now, I’m just single.”

Two years later, unfounded dating rumors spread about Hall and the late Chadwick Boseman after the pair was spotted leaving the 2018 Vanity Fair Oscar party together. It was just a friendly hangout, though, as the actor had already been in a relationship with Taylor Simone Ledward for three years and would wed in October of the following year.

Amid all the rumors, Hall has remained pretty quiet about her own relationships and appears to be single in 2021 — as far as she’d like the public to know. Speaking to Essence in 2017, the actor said she wants to keep her love life private until it’s serious enough to share. “I just feel like relationships are sacred until you’re in a space where you are really certain and knowing,” she explained. “Until you see and know what that part of your life is, inviting the public in [is off limits], but I understand people’s curiosity because I ask God ‘who is it going to be’ as much as they do. I’m like, God! But I also do that with other people. My friends call me and say, ‘Guess what I heard?’ So, I think it’s just natural human curiosity.”