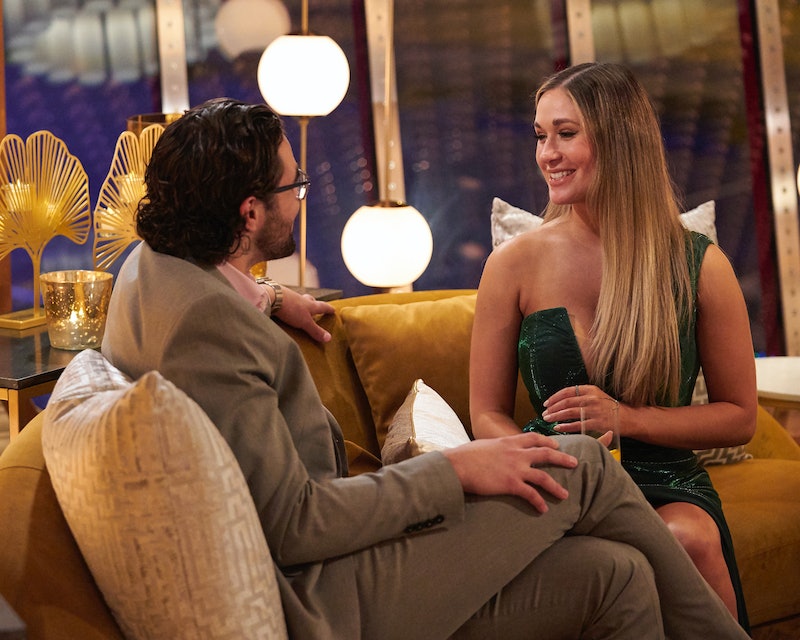 Despite originally aligning himself with Gabby Windey on The Bachelorette, Meatball — the Italian food lover formally known as James Clarke — asked Rachel Recchia for a second chance to be on her team of men during Week 3. And it worked! (For a while, anyway.) Rachel admired his sincerity and welcomed Meatball onto her roster. “We hadn’t had that much time together, and ultimately I really just do like Meatball,” Rachel told Bustle at the time. “Me and Gabby were both in on that decision, and having him back was definitely really nice.”

Meatball became an important member of the team, too, ultimately letting Rachel know that Hayden Markowitz had said some not-too-nice things about her and Gabby — which led to the pilot sending Hayden home.

Sadly, though, that second chance didn’t last too long. During Week 5, Rachel sent Meatball home from The Bachelorette — and there doesn’t seem to be a redo this time. So, what happened?

Honestly, nothing really — Meatball simply didn’t receive a rose. It probably didn’t help that all the Logan drama led to Rachel canceling her group date, preventing her and Meatball from connecting during that time. Still, they did get a few sweet chances to connect, after the Logan dust had settled. “I feel like you’ve been through a lot,” Meatball tells Rachel while holding her hand. “We missed you today.”

Unfortunately, because of that aforementioned Logan situation — in which he switched sides from Rachel to Gabby — the end of the Aug. 8 Bachelorette episode focused on him instead giving viewers any closure with Meatball and the rest of the departing suitors. Thus, it ends his unforgettable, if brief, journey on the show, which started with an enormous meatball sub limo arrival and went on to see Meatball slathering himself in pasta sauce one week later. Ah, simpler times!

Though fans of the man, the myth, the Meatball will surely miss him on The Bachelorette, several Twitter users suggest his journey with the franchise might not be over just yet. After all, where do memorable contestants with big personalities go after their Bachelor/ette exit? That’s right — the beach.

If Meatball does end up on Bachelor in Paradise Season 8, it will be his third chance at love via the franchise. He was initially supposed to appear during Clare Crawley’s Bachelorette season, according to the Chicago Tribune, but that season was postponed. But now that fans have gotten a taste of Meatball, it only makes sense that we could see him again.