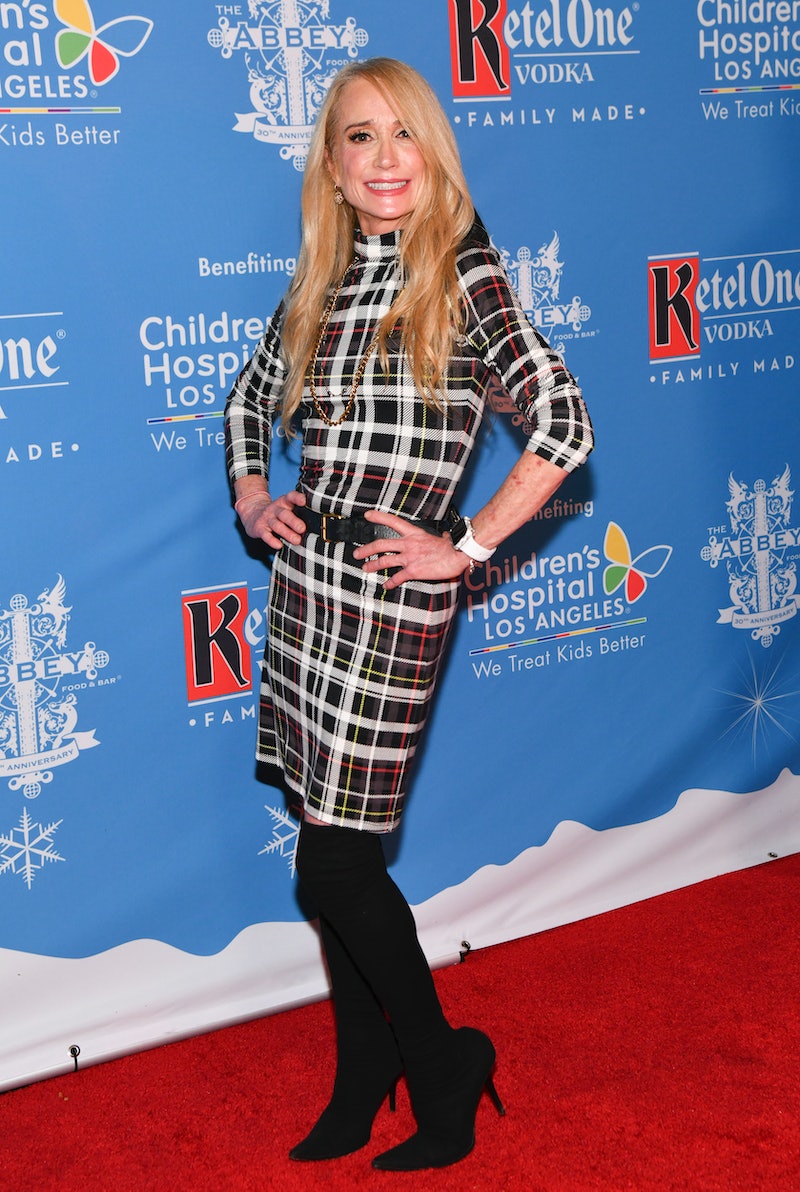 Part of the fun of keeping up with the Real Housewives franchise is guessing which permutation of indulgent socialites will stir up drama in upcoming seasons and reunion specials. One of the longest-running installments is the Real Housewives of Beverly Hills, and after 11 seasons, fans have witnessed some heady arguments among the rotating cast. This year alone, no one made it out unscathed, not even Crystal’s “ugly leather pants.” With Season 12 of RHOBH reportedly already filming, an OG Housewife who is no stranger to the drama may be staging a comeback. Former child star Kim Richards could be returning to the franchise, and the rumor was teased by the unlikeliest of sources: her sisters.

During Part 3 of Season 11’s reunion, Kyle Richards and Kathy Hilton, both slated to return for Season 12, said they’ve finally made amends with their sister. “We are good,” Kyle confirmed. When executive producer Andy Cohen said he hoped to see the three of them together, the two hinted at the possibility of Kim rejoining them on the show. Kyle said, “We’ll see,” adding, “You know, we can have fun together and laugh together. And I think there’s a place and time when that will happen.” When it comes to Real Housewives, not a “no” could mean a “yes.”

Since the first season, the drama between Kim and Kyle (and later, Kathy) played out onscreen, including fights about Kim’s battle with substance abuse. Kim eventually left the franchise after Season 5, occasionally appearing as a guest in subsequent seasons. It does seem like the sisters have come a long way since their quarreling days. Kim even posts about her sisters on Instagram. Last Valentine’s, she thanked her “beautiful sister” Kathy for sending her roses. A month later, she wrote an affectionate caption in honor of Kathy’s birthday.

Kim also infamously clashed with another RHOBH mainstay, Lisa Rinna, culminating in Kim returning a stuffed bunny toy Rinna bought for Kim’s grandson during the Season 7 reunion. But after years of exchanging loaded remarks and the bunny incident, the two finally made up a couple seasons later.

After all her televised feuding, Kim telling People she doesn’t miss “the drama and arguing” definitely checks out. Still, when asked in the same interview whether she would come back, she responded, “I didn’t say that I wouldn’t.”

Kim’s hiatus from the franchise seemed to do bode well for her, and she’s spent her offline time cherishing being a grandmother. “Nana loves you soo much,” she wrote in one Instagram post with her grandson.

She’s also been going live on Instagram to share tips on “raising your vibration” and “releasing negative energy” with a “spiritual activator.” Perhaps that’s a message she can take with her if she does return to the franchise.

Kim isn’t the only Housewife who recently made headlines about a potential return. Denise Richards also wants to come back, provided that someone else (*coughs* Rinna *coughs*) leaves. Rinna is already slated to return for Season 12, though, so that comeback is unlikely.