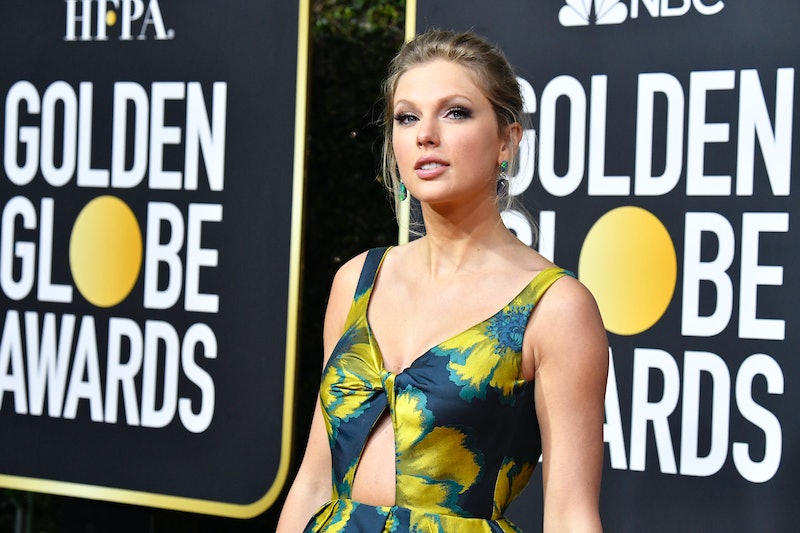 Taylor Swift has 11 Grammy Awards and an Emmy to her name, but she has yet to win a Golden Globe. That could change at the 2023 Golden Globe Awards on Jan. 10, where she is nominated for Best Original Song for “Carolina,” the haunting ballad she wrote and co-produced with Folklore collaborator Aaron Dessner for the Reese Witherspoon-produced film Where the Crawdads Sing. Naturally, this is making fans wonder if Swift will be in attendance at the 2023 Golden Globes, or perhaps even perform at the ceremony.

Swift has not yet been confirmed to attend the Globes. On Jan. 5, Variety reported that “multiple sources” said she was “likely to attend.” However, the outlet has now updated its story to report that while the “Enchanted” singer was initially “leaning toward going,” it likely won’t be happening after all. Swift revealed on the same day that rehearsals for her upcoming Eras Tour had officially begun, which could be preventing her from making an appearance.

If Swift does change her mind last-minute and attend the show, don’t count on a performance. Unlike the Oscars, the Golden Globes have historically not let artists perform during the ceremony even if they’re nominated, likely due to the limited amount of space at the show’s venue, the Beverly Hilton hotel in Los Angeles.

Before 2023, the songwriter had received three Golden Globe nominations, all in the Best Original Song category. Her first nom was for “Safe & Sound,” her song for The Hunger Games written with The Civil Wars, in 2012, which lost to Adele’s “Skyfall” from the James Bond film of the same name. She also received nods in 2013 for “Sweeter Than Fiction,” from One Chance, which was beaten out by U2’s “Ordinary Love” from Mandela: Long Walk to Freedom, and 2020 for “Beautiful Ghosts” from Cats, co-written with Andrew Lloyd Webber, but Elton John won the trophy instead for “(I’m Gonna) Love Me Again” from Rocketman.

This year, Swift has some fierce competition, facing off against fellow megastars Rihanna and Lady Gaga in the Best Original Song category. Riri is nominated for “Lift Me Up,” her pensive tribute to the late Chadwick Boseman for Black Panther: Wakanda Forever, while Gaga is competing with “Hold My Hand,” her power ballad written for Top Gun: Maverick. The other nominees are Alexandre Desplat’s “Ciao Papa” for Guillermo Del Toro’s Pinocchio, and M.M. Keeravani’s “Naatu Naatu” for RRR.

The pop stars could be facing off once again at the Oscars on March 12, as all three songs have made the shortlist for the Academy Awards’ Best Original Song category. If they’re nominated on Jan. 24, it would mark Swift and Rihanna’s first Oscar nomination, and Gaga’s fourth, after winning Best Original Song for A Star Is Born’s “Shallow” in 2019.