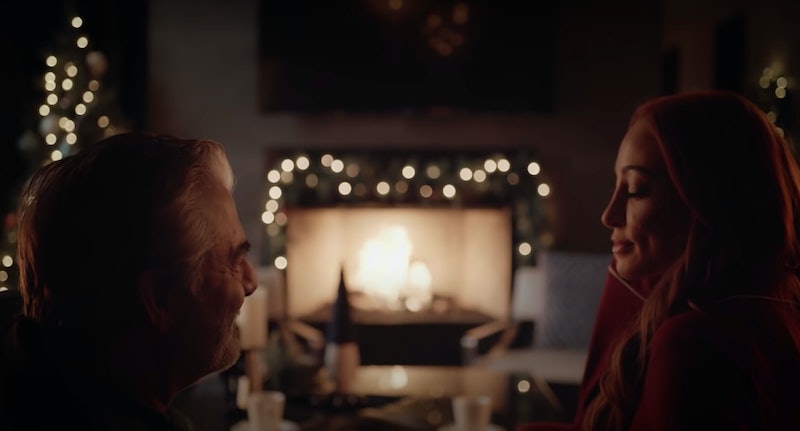 A version of this content appeared in Bustle’s daily newsletter on December 13, 2021. If you like what you see, sign up to receive it in your inbox right here.

Despite the fact that every streaming service has a three-string roster of holiday-themed love stories to get you through the season, Christmas isn’t a particularly sexy holiday. No gathering that involves your parents and any number of other relatives should be! As superior holiday film The Family Stone makes clear, Christmas is a time for tame romantic shenanigans. Sex is a punchline. The joke is either that characters are not having it because of parental prudishness, or that they did and regret it. At best, it’s PG. New Year’s Eve, however, is a totally different story. Read More

There’s a new Peloton wife in town, and their name is Mr. Big. After a run-in with the popular exercise bike in the first episode of And Just Like That… (one that notably caused a dip in company’s stock price), Chris Noth, who plays Mr. Big on the show, stars in a new Ryan Reynolds-produced Peloton commercial that spoofs the show’s storyline. We totally called it, just saying. Read More

The Golden Globe nominations were announced today, and Netflix dominated its competition with a whopping 27 noms — three for Squid Game alone. On the film side, the Will Smith-led King Richard also landed three nominations, including Best Actor and Best Motion Picture (Drama), a category where award-winning Black-led films were snubbed completely this year. The awards will take place on Jan. 9, but TBD what the ceremony will look like — NBC previously announced it wouldn’t be airing the awards. Read More

“In many ways,” writes Bustle columnist Dana Schwartz, “the continuation of the Sex and the City universe feels like getting back together with an ex.” Between Bennifer 2.0 and Red (Taylor’s Version), that’s been a big mood for 2021. “It’s comforting to be with the same person again, yes, but you can’t shake the feeling that, this time, it’s different.” Read More

Growing up, Fightmaster didn’t see queer relationships on TV or in real life, so they made it their goal to be the “queer person onscreen,” which they’ve done with their role on Shrill, and now on Grey’s, too. Fightmaster is particularly proud that Kai hasn’t had to explicitly state their gender identity. “That’s so important to me, that someone would be able to watch the show and see that nonbinary doesn’t always have to be this huge discussion,” the actor tells Bustle. Read More

We’ll find ourselves in an enterprising spirit today. Read More