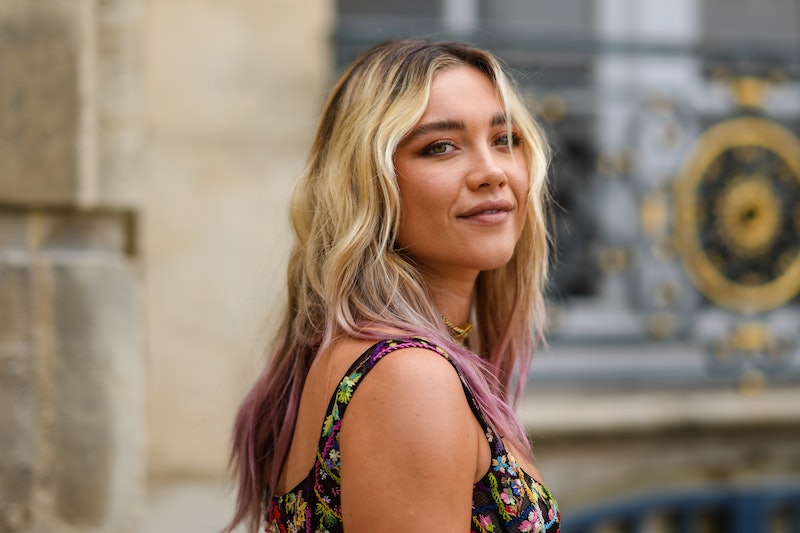 A version of this content appeared in Bustle’s daily newsletter on January 25, 2022. If you like what you see, sign up to receive it in your inbox right here.

In Defense Of Cassidy On The Bachelor

After years of controversy over racism that ultimately culminated in the departure of ex-host Chris Harrison, The Bachelor franchise has been flirting with more progressive casting in the recent past. We had the show’s first same-sex couple, a (gasp!) 39-year-old Bachelorette, and several leads of color. But Clayton’s season, so far anyway, has marked a retreat to the show’s core tenets: love, marriage, and family — preferably before age 30. Which is why Cassidy’s number was up as soon as she said “F*ck a dollhouse” on camera. Read More

The actor has been rocking the mixie (aka a hybrid style somewhere between a mullet and pixie) for a minute now — albeit in her signature shade of bleach blond. Since Gen Z has declared blond hair as “cheugy” (apologies to any blond readers out there), though, there has been a wave of celebs ditching their golden locks for “expensive brunette.” Read More

It’s a classic winter shade, sure, but TikTok is currently obsessed with one Clinique formulation in particular. Read More

Why Jules From Euphoria Is Definitely A Libra

Symbolized by the scales, Libras are known for being balanced: seeking peace, avoiding conflict, and trying to make their own lives easier. They’re shapeshifters, fitting in new places easily — just like Jules did when she moved to town. But being the diplomat of the zodiac isn’t all rainbows and sunshine. Read More

At 28, Gina Torres Was Faking It

The actor has had a long career of playing strong, empowered women, but that didn’t always come naturally to her. “Because of my physicality, because I have a deep voice, because I have this innate authority, it was easy to hang those characters on me early on,” Torres tells Bustle. “I sort of learned from these women that I was portraying along the way and I was faking it ’til I made it.” Now though? “I own all of it. Absolutely.” Here, she talks to Bustle about bringing her Afro-Latina identity to the screen, motherhood, and the cringe of public proposals. Read More

Gird Your Loins, Low-Rise Mini Skirts Are Back

Like low-rise jeans before them, low-slung minis are the latest early-aughts trend that ought to be on your radar. Here’s five ideas for how to style them — from Hailey Bieber’s belted take to the sporty tennis skirt version. Read More