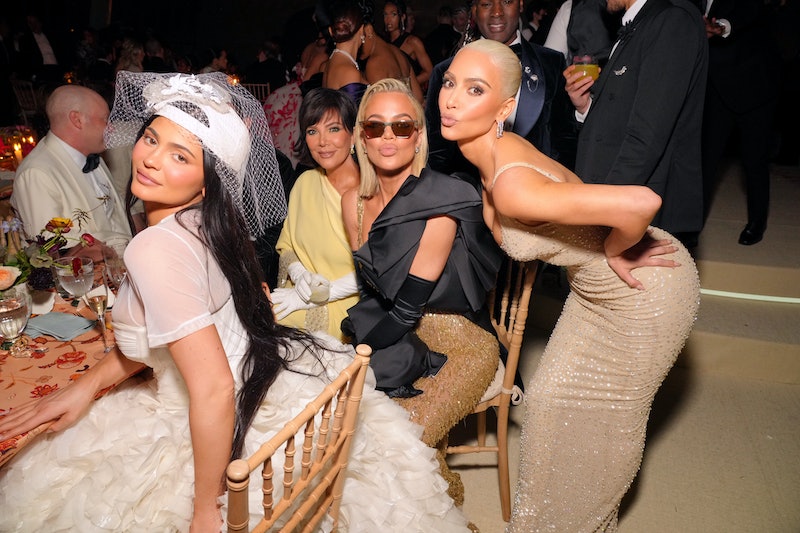 A version of this content appeared in Bustle’s daily newsletter on May 3, 2022. If you like what you see, sign up to receive it in your inbox right here.

Why Vogue Banned The Kardashians From The Met Gala For Years

Last night, for the first time, all six of the Kardashian-Jenner women were in attendance at what’s often considered the biggest, most exclusive fashion event of the year — kind of a huge deal, considering that in the not-so-distant past, the idea of even Kim snagging an invite was laughable. “You could have had a billion dollars, you were not going to get that ticket,” said Stephanie Winston Wolkoff, who used to plan Vogue’s parties. “There had to be a reason for you to be in that room.” And in the mind of editor-in-chief Anna Wintour, the Kardashians had no business at the gala (much like the Hilton sisters, who, to this day, have never attended). So, what changed? Read More

OK, yes the theme set up this entré into Regencycore perfectly, but you can’t tell me this isn’t at least partially Penelope Featherington’s impact. Truly, the low-cut, pushed-up, bosom-centric look was everywhere. Billie. SZA. Sydney Sweeney (still watching her little Princess Diaries moment on repeat, BTW). Meg. Bella — the list goes on. I mean, it was a great night for boobs. Despite all the bangin’ looks, perhaps no one understood the assignment better than Blake Lively, whose Statue of Liberty inspired dress was hands down the most memorable. We rounded up all our faves here. Read More

The Luckiest Day In May, According To Your Zodiac Sign

Leos and Libras should look toward the end of the month to schedule that talk with their boss about a raise, but Virgos and Pisces, you should hit “send” ASAP on that text to your crush that you’ve been workshopping. Read More

The four-in-one SolaWave wand has become a staple of red carpet prep for celebs like Sydney Sweeney, Doja Cat, and Vanessa Hudgens, so we had to give it a spin. It combines light therapy, vibrations, and microcurrents to target your facial muscles, leading to a firmer, more sculpted texture — kinda like a workout for your face. Read More

It’s a good day to face your fears. Read More