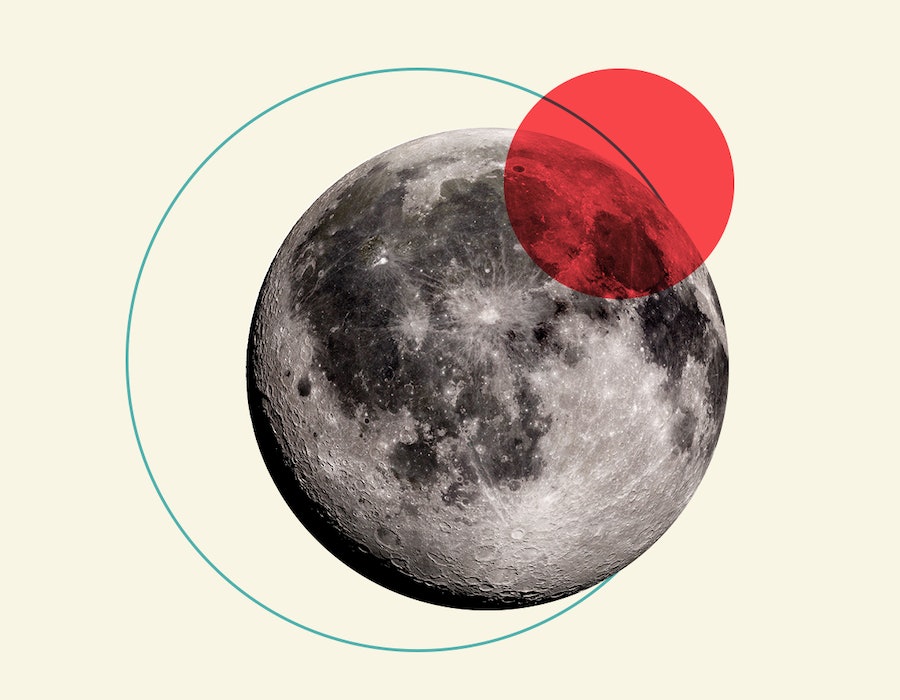 Out of all the phases of the lunar cycle, full moons are the energetic high point of the moon's monthly journey through the zodiac, taking place right smack in the middle of the lunar cycle. These lunations are known to have a profound effect on the way we feel, act, and even sleep.

So when is the next full moon? The September 2021 full moon rises on September 20 in the dreamy and poetic sign of Pisces. This lunation brings our emotions swelling up to the surface, making us extra sensitive to the subtle energies of our intuition. Allow your imagination to run wild now, as Pisces' creative and free-flowing vibe will fill our daydreams with all sorts of mystical visions. This year, September's full moon is also known as the Harvest Moon, as it's the full moon that takes place closest to the autumn equinox. According to Farmer's Almanac, other traditional names for September's full moon include the Corn Moon, Autumn Moon, Falling Leaves Moon, and Yellow Leaf Moon.

Alongside the full moon will be a powerful aspect between passionate Mars (ruler of determination) and contrarian Uranus (the planet governing rebellion). This aspect will inspire us to be meticulous in organizing and planning for our business or creative ventures, as grand and opulent as they may be. These planets aspecting each other during the rebellious full moon will invite us to bring our innovations to life — through structure and detailed organization, of course.

Because full moons take place when the moon forms an opposition aspect to the Sun, they almost always occur in the sign opposite on the zodiac wheel to whatever sign the Sun in currently in. For instance, the full moon of Leo season will be in Aquarius, while the full moon of Virgo season will be in Pisces. The tension between these two opposing planets is what shakes things up and amplifies our feelings during this time.

Read on to find out how full moons affect all zodiac signs during each lunar cycle, as well as the dates of every full moon to come in 2021.

Full Moons Can Keep You Up At Night

The lunar energy is believed to be at a high point during a full moon, which can subsequently cause us to feel more energized. Research has shown that people may take longer to fall asleep, sleep fewer hours, and sleep less deeply during a full moon — and once you do fall asleep, you may be more likely to have intense dreams or nightmares.

The moon in astrology is the planet that rules over our emotions, feelings, and vulnerabilities — so when it's at its energetic peak (and forming a tension-filled opposition aspect to the Sun), we're more likely to feel our emotions in an intense or tumultuous way. Be wary of falling victim to a tsunami of full moon feelings.

While new moons tend to make us feel more introspective and solitary, full moons have the opposite effect. During these periods, we're more likely to focus our energy on relationships and interpersonal issues. It's hard-wired in humans to take advantage of the extra light during the night of a full moon, and that can make some people feel more social.

Full moons illuminate the sky with their bright, bold appearance — but astrologically, they're believed to illuminate our minds, too. Prepare for information, ideas, and feelings to come bubbling up to the surface under the light of the full moon, and use it as a chance to put faith in your intuition.

After the moon reaches peak fullness, it begins the process of waning, or getting smaller each day until the end of the lunar cycle when the moon is new again. We can harness this release of energy by using the full moon as a chance to let go of things — commit to breaking a bad habit, leaving a toxic friendship, or otherwise releasing what's no longer serving you.

Get Ready For The Upcoming Full Moons

Now that you know what kind of energy full moons bring, check out the dates of the upcoming full moons that will blossom through 2021: