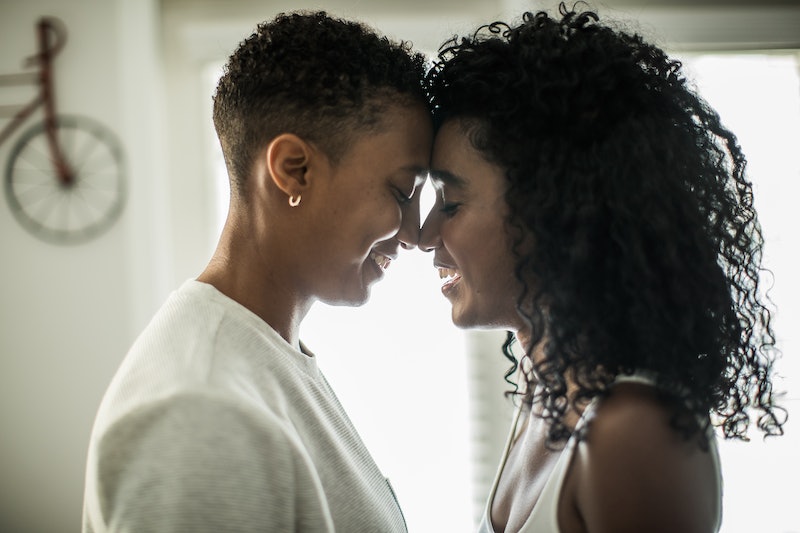 As one of the most independent, intellectual, and unique signs in the zodiac, it takes a special kind of person to be an Aquarius zodiac sign's soulmate. If you're born between Jan. 20 and Feb. 18, you're likely not into labels, you play by your own rules, and you won't let anyone hold you down. According to astrology, you're likely the type of person who doesn't actively seek romance, and you can even be perfectly content staying single. But just because love isn't at the top of your priority list, it doesn't mean that there isn't an astrological match out there for you. In fact, according to an astrologer, there are three zodiac signs most likely to be Aquarius' soulmates.

When it comes to relationships, Aquarius values the friendship they have with their partner above romance or anything else. "As long as the relationship has platonic value, they'll have no trouble committing," astrologer Lupe Terrones, tells Bustle. "It’s harder for an Aquarius to break up with a friend than it is to ghost a relationship (a tip for all those with crushes on an Aquarius)."

Since getting married or settling down may not be a big goal, they tend to have high standards when it comes to finding a partner they want to commit to. "Just like they have a utopian vision for the world, they have one of their partner, and that’s because they hold themselves accountable for meeting those same standards," Terrones says.

So who meets those standards? These three signs are Aquarius's zodiac soulmates, according to Terrones.