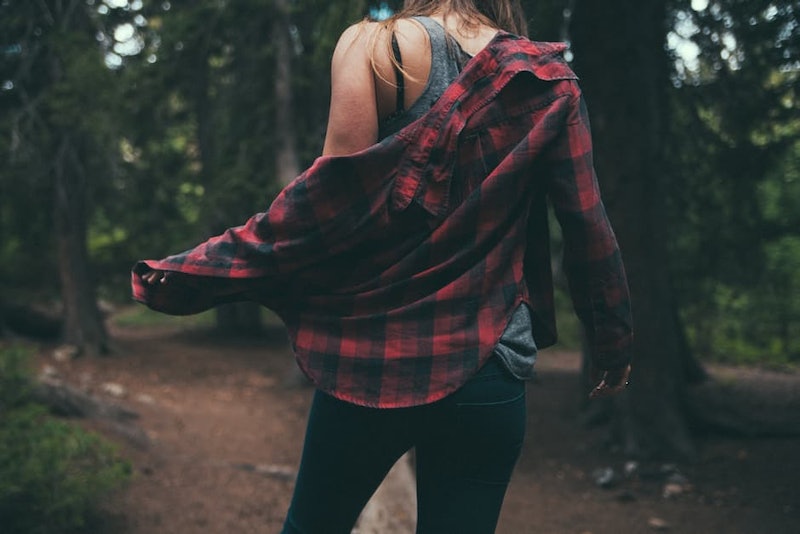 It may not seem fair, but often all it takes is one off-putting habit, or a slight penchant for crankiness, and the label of "mean" is as good as yours. If this sounds familiar, your bad habits could be making life way more difficult than it needs to be. It may also explain why your friends are calling less often, or why no one ever wants to pair up with you at work.

While nothing to feel bad about, it is healthy to notice these bad habits — and then put a stop to them. As relationship therapist and Relationup founder Rhonda Milrad tells me, the best place to start is with a little mindfulness. "Once you gain some insight into your behavior patterns, you can catch yourself and alter [it]," she says. Follow this up with a few tweaks and you can be much more approachable, and way more likable. Sound good? Then read on for some signs it may be time to do just that.

1. Waiting Around For People To Approach You

Think about all the times you've gone to a party, or a friend of a friend's house, and proceeded to stand in the corner. While that's totally your prerogative, think about how it looked to other people. If you left wondering why no one talked to you, it could be because you didn't talk to them. As Milrad tells me, not approaching other people can make you seem standoffish and mean — even if that couldn't be further from the truth.

2. Giving Off Disinterested Vibes With Your Body Language

Your body language can give off some unfriendly vibes as well. "Not smiling, crossing [your] arms, looking around when someone is talking, looking at a watch or (even worse) a cell phone... all say, 'You are boring and I'd rather be anywhere else than here,'" says psychotherapist Beth A. Wombough, MS, LMHC, PAP, in an email to Bustle. To seem kinder, look up and keep your arms at your sides. This open body language can make all the difference in the world.

3. Being Super Blunt While Chatting

How blunt are you, on a scale from one to 10? If you really let people have it, don't be surprised if they've labeled you as mean. Even though it's not your job to make everyone happy, it is important to occasionally edit what you say, Milrad tells me. Doing so can make you seem 100 times kinder.

4. Showing Up Late To Everything

Being punctual 100 percent of the time is completely impossible. Things happen, and that's OK. But showing up late on the regular really can start to turn people off. "It says, 'My time is more important than yours,'" Wombough explains. Even if that's not what's going through your head, it's easy to see why your lateness could be perceived as awfully self-centered.

5. Letting Your Impatience Get The Best Of You

The next time you feel the urge to be impatient, think twice. "People who are not patient... come across as mean," Dr. Paul DePompo, Psy.D., ABPP, tells Bustle. "Their impatience gets interpreted as anger, agitation, and it is certainly no fun to be in the presence of." Think back to all the times someone behind you in line got all cranky and you'll know exactly what I mean.

6. Saying Anything You Want, Whenever You Want

We all have that one friend (or maybe we are that friend) who revels in the fact they "have no filter." It can be funny, and sometimes even charming. But saying anything to anyone can also make you come off as mean — if you aren't careful. As life coach Kendra Davies tells me, keeping your audience in mind is key. Unless you're sure people are down for some real talk, it may be a good idea to tone it down a bit.

If you've had a slue of bad bosses, or one horrible ex after the next, then it makes sense why your opinion of mankind may be tainted. But that still doesn't mean you should assume the worst of everyone. As DePompo tells me, misanthropy — even when mildly justified — only makes you seem like that bad one. And that's probably not the vibe you're going for.

There are a million reasons why you might be bad at making eye contact. Maybe you feel nervous, or shy, or you forget (because you're feeling nervous and shy). Whatever the reason, do know bad eye contact can make you come off as mean. "Unfortunately people misinterpret this as you being snobby and disinterested," says Milrad. Not your goal, I'm sure.

9. Confusing Your Opinions With Facts

Again, go forth into the world and share your opinions. But, as empathic communication coach Tony Scruggs tells me, do bear in mind the huge difference between opinions and facts. Sharing your thoughts is a great thing, as long as you're cool enough to see the other side, too.

People want to get to know the real you. So if you hardly ever open up, friends and partners may start to view you as cold and standoffish. "Talking about your feelings and being vulnerable lets people relate to you and allows for people to get close, rather than just being distracted or dismissed by your mannerisms or perceived attitude," Davies says. It may take some practice, but it is a skill worth having.

11. Not Taking The Time To Listen

All anyone truly wants is to be heard and understood, Scruggs tells me. Failing to do so because you're not listening can, for obvious reasons, cause people to view you as kind of rude.

And since I doubt you want that (I mean, who does?), it really can help to know which bad habits are putting people off. Are you sort of closed off, or a bit cranky? Try noticing and then doing your best to change things up.