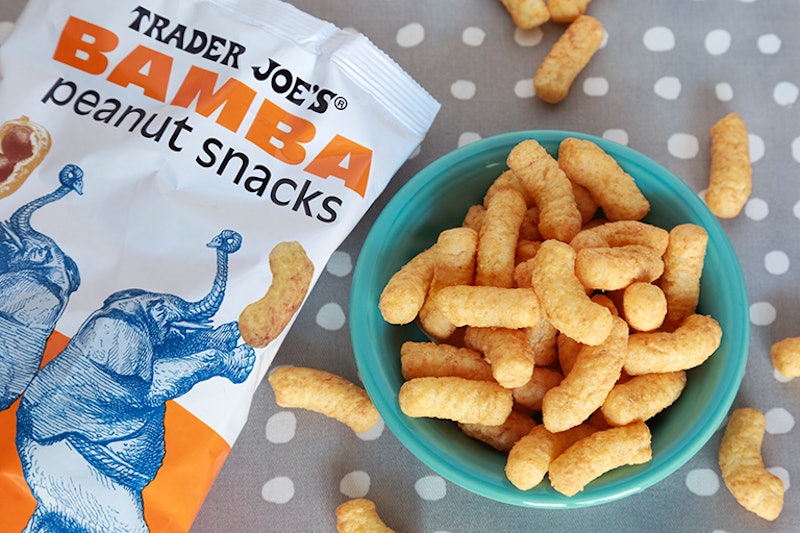 2017 has been a rough year. When the big picture is upsetting, the little things matter so much more — and honestly, that is why I have paid such careful attention to all of the new Trader Joe’s items in 2017. They’re affordable; they’re delicious; and sometimes, making something tasty with fantastic ingredients is exactly the kind of self-care I need. This year’s new releases at TJ’s have run the gamut from summer treats to fall comfort foods, so as we get ready to wind down 2017 and prep for 2018, let’s take a look at some highlights, shall we? ‘Tis the season and all that.

Trader Joe’s was originally founded in 1958 as Pronto Markets; however, its founder, Joe Coulombe, changed its name in 1967 to reflect a change in the way the markets planned to do business. The changes weren’t just cosmetic (bigger stores, Hawaiian shirts, etc.) — according to the brand’s Our Story page, the most important element was that the company “started packaging innovative, hard-to-find, great-tasting foods under the ‘Trader Joe’s name.” And it’s been doing that ever since, even after it was acquired by entrepreneur Theo Albrecht, Jr. in 1979. It's still maintained by the Albrecht family today.

A note about prices: The ones listed here are what the items cost when they were initially released; however, as TJ’s notes on each of their item pages, details might change “due to fluctuating market prices, federal regulations, currency rates, drought, pestilence, bandits, rush hour traffic, filibusters, clowns, zombie apocalypse, punctilious product developers,” and so on. As such, you’ll probably want to contact the Crew at your local store for current prices and availability.