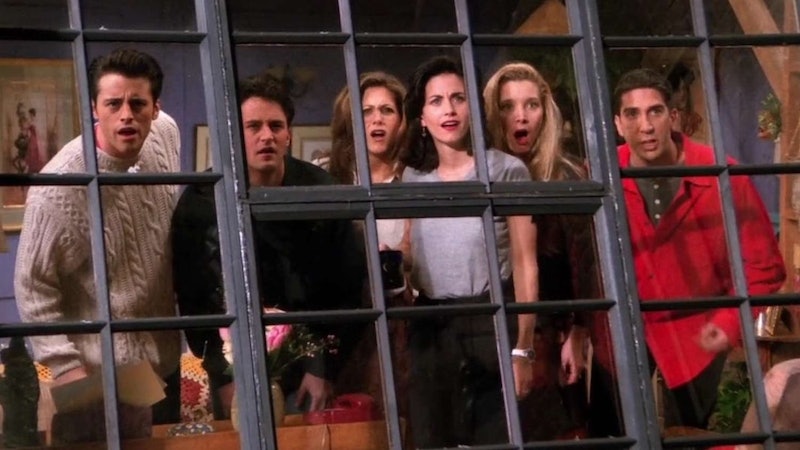 Call it the one where Friends left Netflix on Jan. 1, leaving fans without the Central Perk crew that had been there for them since the '90s. Sure, saying goodbye to Ross, Rachel, Monica, Phoebe, Chandler, and Joey (again!) wasn't easy, but at least there's the comfort of knowing you can still stream other Netflix shows that are similar to Friends.

Plus, reruns of the beloved NBC comedy remain in heavy rotation elsewhere. HBO Max will have the exclusive Friends streaming rights when the new streaming service launches this spring. "We're sorry to see Friends go to Warner's steaming service at the beginning of 2020 (in the US)," read a July tweet from the official Netflix officially account, following WarnerMedia's summer announcement. "Thanks for the memories, gang."

For anyone in need of a comedy fix — perhaps along with a healthy dose of nostalgia, too — Netflix still has plenty of series to help fill the void. Some of them, like Showtime's award-winning comedy Episodes and Netflix's original series, Living with Yourself, even star Friends cast members, such as Matt LeBlanc and Paul Rudd.

Either way, you can always make new friends, too, and some of these casts may even make you forget your disappointment completely. Check out nine of the series currently available to stream on Netflix that will keep the laughs going, below.