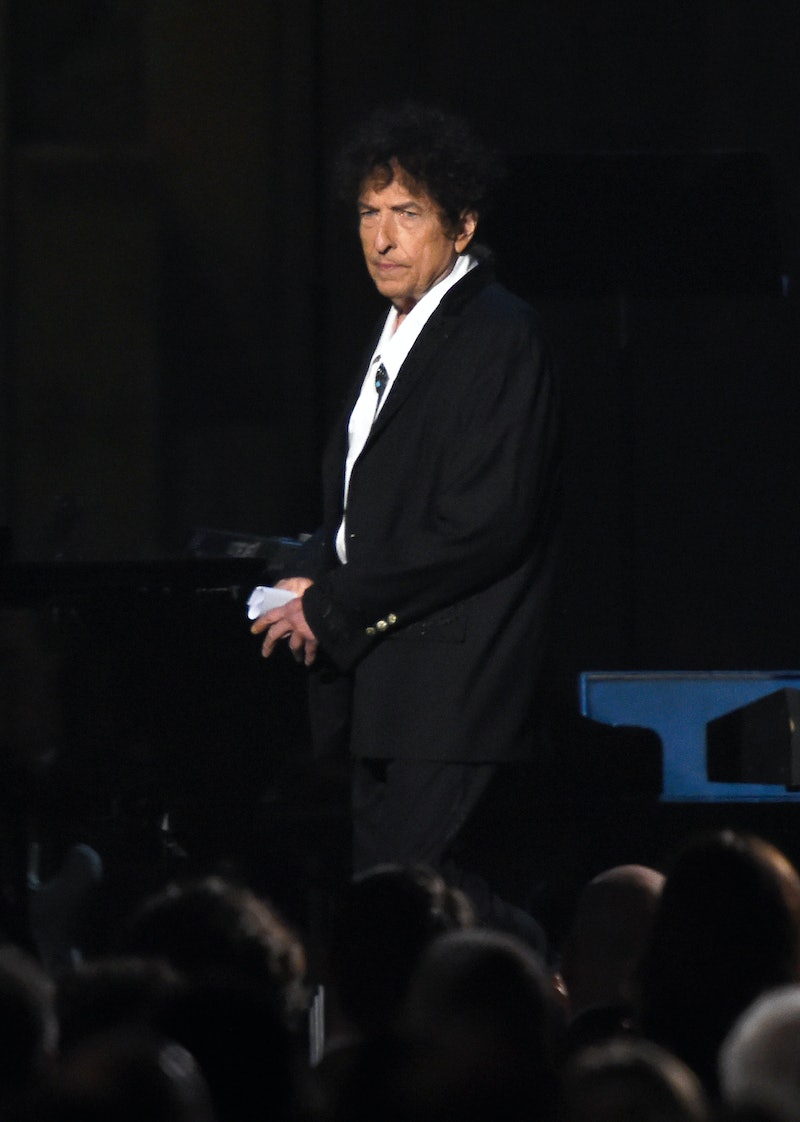 Back in October, the Swedish Academy shook the literary world by granting the Nobel Prize in Literature to Bob Dylan, the U.S. singer-songwriter of "Rainy Day Woman" fame, who originally appeared to snub the award. He's since come around, and now Bob Dylan is finally picking up his Nobel Prize this weekend in Stockholm.

Bob Dylan's Nobel Prize caused a nine-day-long Internet fury. Some in the literary world took Dylan's reticent reaction to his win, including his perceived snub of the December ceremony, as evidence that the Swedish Academy had chosen wrongly in selecting him. There were many who erroneously believed Dylan to be undeserving of the award, presumably because they thought his songwriting did not count as literature, in spite of the fact that the Swedish Academy awarded him the prize for "having created new poetic expressions within great American song tradition." By far the most logical of all the negative responses to Dylan's win was that it would be bad for independent bookstores, who depend on prize-winners to boost their sales figures in the last quarter of each calendar year.

All this is not to say that Dylan had no defenders, however. None other than Stephen King came to his aid when Absurdistan author Gary Shteyngart tried to throw some shade on Dylan's win. The Swedish Academy defended its choice in a press conference, when Academy-member Professor Sara Danius was asked why Dylan deserved to win the Nobel: "Why? Well, of course he does, he just got it."

In a Wednesday blog entry, Danius writes that "the Swedish Academy and Bob Dylan have decided to meet this weekend," when Dylan is giving two concerts in Stockholm. Dylan has requested an intimate ceremony, with only himself and Academy members present, in which he will receive his diploma, medal, and congratulations on the win. The Nobel laureate has yet to meet the lecture requirement that will allow him to keep the $900,000 monetary award, but he has until June 10 to present a lecture in person or on tape. If he does not present a lecture, Dylan will be forced to forfeit his cash winnings, but not his laureateship.