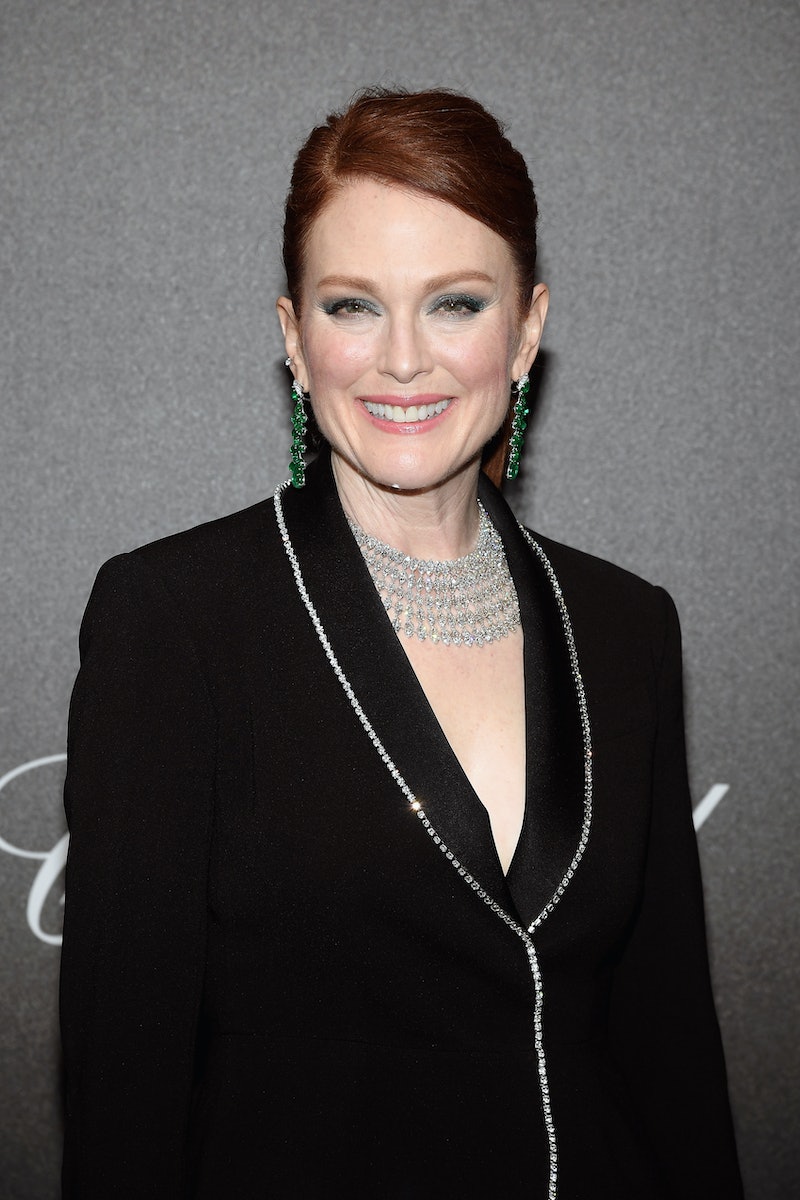 First, Carrie and Beverly Marsh told their horrifying stories in Carrie and It, and now Lisey is getting her chance, too. Stephen King's new series Lisey's Story starring Julianne Moore is coming to Apple TV's streaming service to totally creepy you out. And since it's coming from the mind of Stephen King, you know it's bound to give you the heebie-jeebies. Not that fans will mind having another King-inspired show be their nightmare fuel.

The limited series will focus on King's 2006 novel that looks at a woman who, two years after the passing of her husband, begins to remember the repressed details of her marriage, according to The Hollywood Reporter. King will write all eight episodes of the horror-romance series produced by J.J. Abrams, who previously worked with King on the Hulu limited series 11.22.63 and Castle Rock, soon returning for Season 2.

Lisey's Story won't be the first time Moore has worked with King, she previously played Carrie's mom Margaret White in the 2013 remake of Carrie. This time, Moore is the star of the series based on the novel that King revealed was his favorite book of his. The story looks at widow Lisey Landon as she cleans out the belongings of her late novelist husband and is forced to reminisce about things she'd rather forget. In fact, she did, but now she's forced to address his past, which puts her in conflict with an overzealous fan of his.

The series is slated to premiere on the new streaming platform Apple TV+, which is expected to debut this fall, though no release date for Lisey's Story has been announced as of yet.

It's unclear how long fans will have to wait for Lisey's Story, but luckily, King is keeping busy. The remake of his 1983 novel Pet Sematary just hit theaters and It: Chapter 2 is also slated to hit theaters later this year because Pennywise is back to scare the adult Losers Club played by Jessica Chastain, Bill Hader, and James McAvoy — to name a few.

King's Shining sequel Doctor Sleep, directed by The Haunting of Hill House's Mike Flanagan, is also coming to theaters, along with new version of The Stand, which focuses on a group of survivors after a biological weapon has killed off most of the world's population, slated to premiere on CBS All Access.

Oh, and let's not forget that Castle Rock will return for another season on Hulu. The unsettling series' Season 2 will reportedly be a kind of Misery prequel with Lizzy Caplan as nurse Annie Wilkes, originally played by Kathy Bates in the 1990 horror classic. It seems Annie is bringing her bad medicine to the town of Castle Rock. Honestly, hasn't this place been through enough?

Diehard fans would say no way, which is probably why King is having such a hot streak as of late. His latest win being Lisey's Story. Fans might have to wait a bit to see Moore in the role, but luckily there's no shortage of King-inspired or King-adapted content out there. Just beware the nightmares.

More like this
The Guide To “Witches Stairs” & Why They’re Actually Great For Small Spaces
By Emma Garza
'The Summer I Turned Pretty' Book Ending Is An Emotional Rollercoaster
By K.W. Colyard
The Future Of 'All Creatures Great & Small' Is Confirmed & Wedding Bells Are Ringing
By Rebecca Fearn and Frances Stewart
At 14, Jenny Han Wrote Rom-Coms About Her Friends & Fan Mail To Leo DiCaprio
By Alyssa Lapid
Get Even More From Bustle — Sign Up For The Newsletter