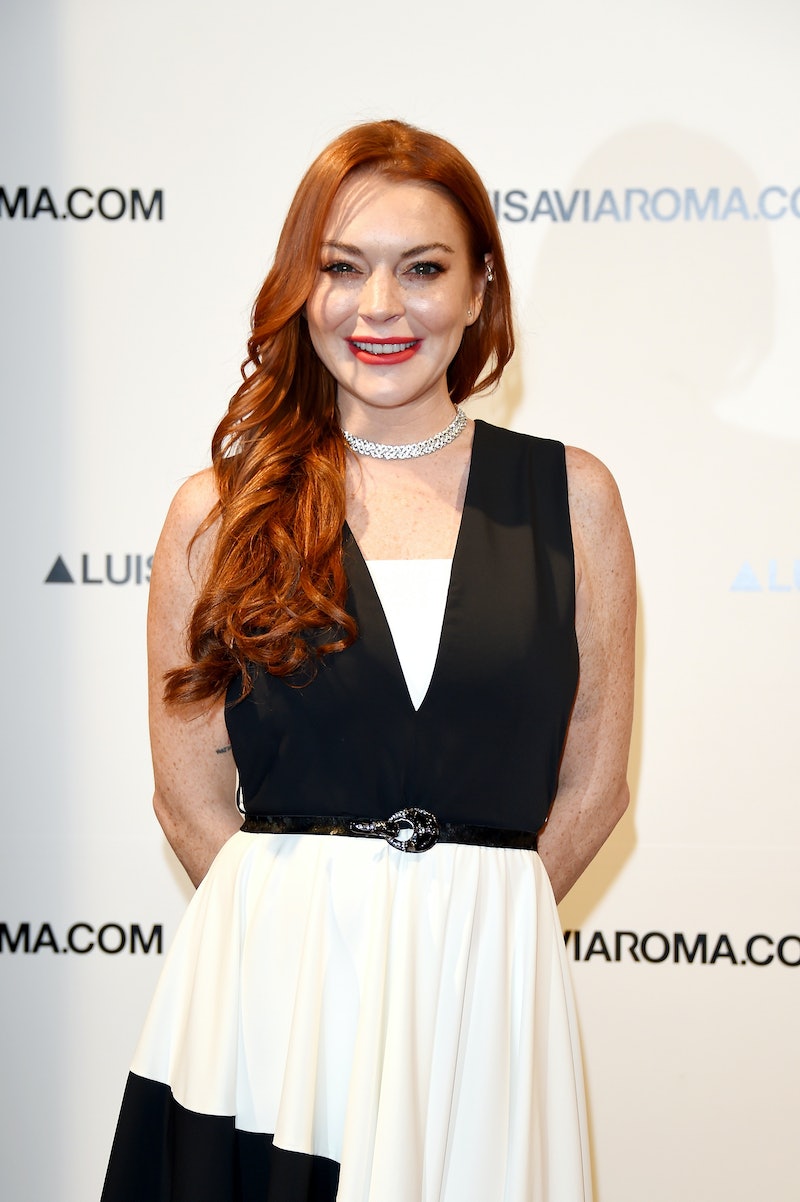 Have you ever rewatched some of your favorite teen movies and wondered what would have happened to the characters if they lived in the real world? Well, at least you now have the answers to a few of those questions. Lindsay Lohan revealed where her most iconic characters would be today, and it's an impressive list of CEOs, activists, and even a potential presidential candidate.

In a recent interview with Entertainment Weekly, the actress and star of the upcoming reality show Lindsay Lohan's Beach Club reflected on some of her most unforgettable roles, and admitted that she thinks all of her characters likely grew up to do big things. "I’m pretty sure you could put every character together and create a really good Capitol Hill office," Lohan joked.

Perhaps least surprisingly, Lohan had an "obvious" answer to what Mean Girls' Cady Heron would be up to, now that she's graduated high school and gotten away from Regina George and the Plastics. "Cady Heron is definitely back in Africa building homes for orphaned gorillas, for sure," Lohan said. But that wasn't the only Mean Girls connection that Lohan made while reflecting on her past roles; when asked about Confessions of a Teenage Drama Queen's Lola, the actress revealed that the former aspiring actress would be "a director on Broadway," adding, "She’d be directing Mean Girls right now!"

As for everyone's favorite separated-at-birth twins, Hallie and Annie from The Parent Trap, Lohan revealed that the Parker-James sisters are still up to their flip-flopping ways. "I think that they’ve swapped," Lohan said. "So I think Hallie is in London as a parenting counselor, and then Annie is in California running a vineyard." (And hopefully, Meredith is out of their lives, for good.)

Most impressively, though, Lohan posited that one of her biggest breakthrough characters — Anna Coleman, from the body-switching comedy Freaky Friday — would be running for office in 2020 if she were a real person. And she's got quite the ticket: "Anna Coleman is running for office with Michelle Obama and Oprah Winfrey," Lohan joked. "So, be sure to vote for her."

The former child star has been reflecting a lot on her acting days as she prepares to return to the spotlight with her new reality show, which will chronicle her attempts to build an "empire" of beach clubs on the beaches of Greece. In a recent interview with PAPER Magazine, Lohan admitted that her controversial past from the early aughts still haunts her.

"I would love to know why I get constantly clobbered in the press," Lohan said, adding, "I could do 99 things right and one thing wrong, but it's that one thing that will be focused on. Behind the scenes I do what I can to be the best version of me, which never gets mentioned. I am also human. I make mistakes. That's all that seems to get reported."

At another point in the interview, Lohan explained, "There's always going to be things that have happened and things people have said in the past that you can't control. But the past is in the past."

And while she's clearly looking to move forward into a new chapter of her life and career, Lohan still seems to have a great deal of affection for the roles that made her a star in the first place. Shortly after Ariana Grande released her "Thank U, Next," music video — which paid homage to Mean Girls among other iconic teen movies — Lohan shared a sweet message of support for the singer on Instagram.

"@arianagrande I love #thankyounext video! All of the original Mean Girls are very flattered. ' tis the season," Lohan captioned a since-deleted clip of Grande and her friends recreating the Plastics' famous talent show routine.

Lohan might be moving on to a different part of her life and career, but it looks like Cady Heron — and many of Lohan's other unforgettable characters — will live on forever.