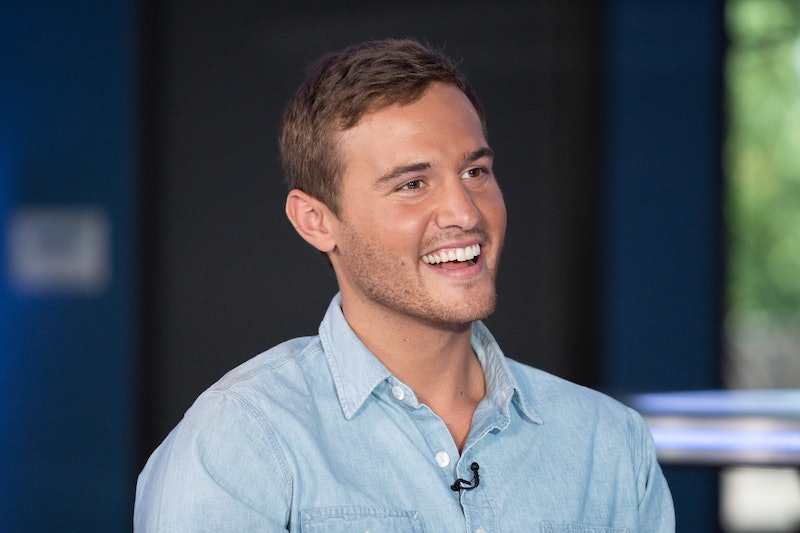 After a season full of drama and heartbreak, it seems like the reigning Bachelor has finally found "the one." During a conversation with Chris Harrison on the June 8 episode of The Bachelor: The Greatest Seasons — Ever!, Peter Weber revealed he's "hopeful" about his future with Kelley Flanagan. The pilot — who is currently quarantined in his hometown of Westlake Village, California, with Kelley — revealed that, after sending Kelley home before hometown dates and two major breakups on the show, he has finally found love.

"Post-show, honestly I'm doing good. I'm extremely happy," Peter told Harrison. "It feels so good to be able to say that, and I'm just very hopeful for the future. This is my girl. ... I'm extremely happy with this one." Though the couple spent time together in Kelley's hometown of Chicago before traveling to California, Peter revealed that once stay-at-home orders are lifted nationwide, they plan to settle down on the east coast.

"We are just really excited for the future," Peter explained. "We'd love to live in New York City for a little bit and get that experience, so hopefully fingers crossed that's in our future. And just enjoy each other. It's been great." (He also joked that Kelley would be "moving into my parents' house" at one point, which would likely thrill his mother, Barb.)

Peter and Kelley first hit it off before filming began on his season of The Bachelor, when they ran into one another at a hotel in California. Despite their strong connection early on, Peter ultimately sent Kelley home ahead of Hometown dates. He then proposed to Hannah Ann Sluss during the show's finale, before revealing they had broken up and he wanted to give his relationship with runner-up Madison Prewitt another try. (They split two days after the After the Final Rose special.)

Even though they first fell in love on the dating competition series, both Peter and Kelley have said that their relationship never would have worked out on The Bachelor. In April, Kelley told Ben Higgins and Ashley Iaconetti that the show's producers turned the pilot against her and convinced him to send her home. "The first couple of weeks I saw him look at me differently compared to when we got on our one-on-one and I could tell 100% that like producers were in his head," she said on the Almost Famous podcast.

Peter seemed to echo that sentiment in a birthday message for a 16-year-old fan, in which he explained why he ended up with Kelley after filming wrapped. “I think specifically for the type of relationship between, you know, Kelley and myself just wasn’t the most organic type of situation for us if it was going to actually work," Peter said, later adding that he and the lawyer "kept coming back in each other’s lives."

And though he didn't find his perfect "co-pilot" while filming, Peter told Harrison on June 8 that he did get his dream Bachelor ending — eventually. "I remember going in, and I wanted that love story more than anything, and I can honestly say, it worked out in the end. So, thank you," Peter said. "Thank you, Bachelor Nation for standing by me and all my craziness, but it worked out." It looks like The Bachelor's "process" did ultimately prove successful for Peter — just not in the way that anyone expected.