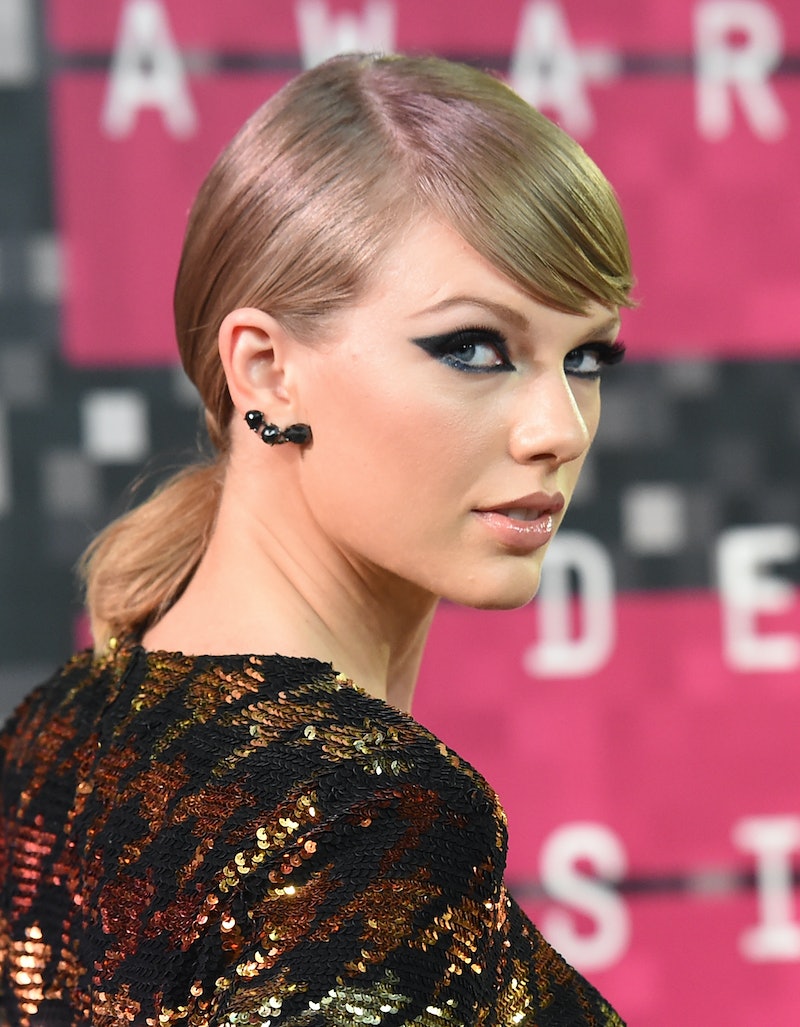 On August 24, Taylor Swift took to her freshly stripped social media accounts and prepared to usher in a new era of her career with "Look What You Made Me Do," a blistering, take no prisoners diss track that leans into her so-called vindictive persona and proclaims the old Taylor dead. Now, she's got a matching video. It's the kind of song that seems to signal an impending warpath, and Swift's targets are vast: Katy Perry, Kimye, the media, a laundry list of ex-boyfriends. But Swift blaming the media — or anyone else — for her Reputation isn't so much killing off the old Taylor as it is beating a dead horse, and if anything, it reinforces — if not outright proves — the criticisms that have long trailed her.

In recent years, Swift has repeatedly been chastised for "playing the victim," championing things like feminism and girl power when it benefits her or her largely white female friend group, but remaining suspiciously silent when speaking out could alienate some portion of her fan base. It's an identifier that's been with her from the beginning, when Kanye West marched onto the 2009 VMA stage, stole her mic, and unceremoniously declared that she didn't deserve the award she was about to receive. Back then, it was something that (unjustly) happened to her, but in the years since, those kinds of incidents have grown more frequent, and being the "victim" has become inextricably tied to how the public perceives her. So when, last winter, she denounced West for saying they "still might have sex" in "Famous," only for Kim Kardashian to release a taped recording of her approving the lyric, it pulled back the curtain once and for all on what appeared to be nothing more than a carefully curated act.

Reputation, then, seemed to promise a mea culpa. Its announcement arrived on the heels of Swift's triumphant sexual assault trial, during which her bold, unflinching testimony offered a glimpse into someone more real. Gone was the coiffed, calculated pop star. In her place was a young woman: grounded, independent, brave. Perhaps now, fans thought, we'd finally see Swift move past all those petty celebrity feuds and take ownership of her shortcomings. Even if her fall from grace isn't entirely her fault, she could, at the very least, address her stake in it.

But "Look What You Made Me Do" is not that. In fact, it's quite decidedly the opposite. It's unclear yet who will shoulder the blame this time, but thus far, it seems like a group effort: "Look What You Made Me Do" takes some thinly veiled jabs at Kimye, while her album artwork points to the press, and frankly, it seems like only a matter of time until we get "Bad Blood" II.

Perhaps eschewing expectations is precisely the point, and Swift is just trolling us until Reputation's release, but more likely than not, she's falling back on her old tricks, and there's nothing refreshing about that. So, Taylor, if the media or America or the whole of the world has it wrong, set us straight. Tell your story. Don't hide behind some misdirected tirade. It's 2017: Perfection is out, flaws are in. You'll gain a hell of a lot more respect by being honest than you ever will by saving face.