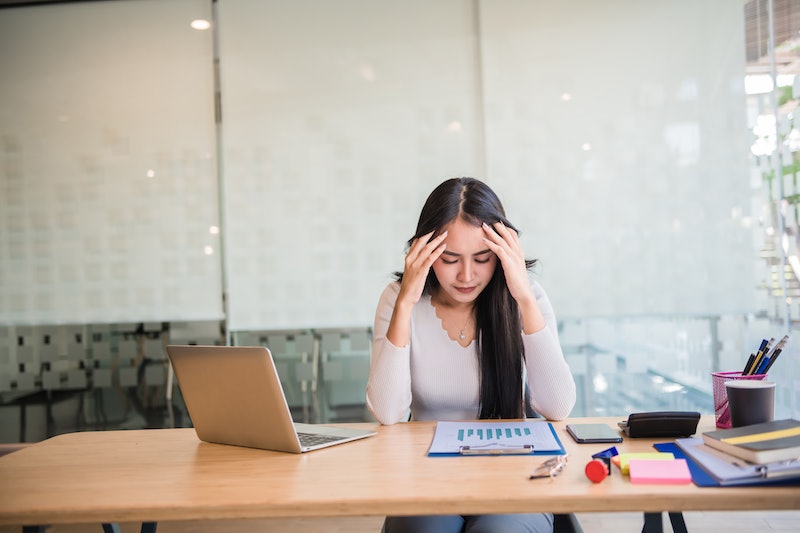 We're slowly but surely working our way through the first Mercury retrograde of 2020, which kicked off on Feb. 16. While we've still got to do our best to hold on to our sanity through March 9, let's celebrate the fact that we've survived this far (in spite of the myriad typos that have riddled every sent e-mail during the past week and a half, in my case).

But let's not let our collective guards down just yet, as the vibes of the retrograde will actually be shifting during its final week with Mercury changing signs on March 4. At that point, the planet of communication and thinking will backspin out of Pisces (where it's spent the duration of the retrograde) and Mercury retrograde will enter Aquarius for the remainder of the transit.

"After experiencing two foggy and very emotional weeks of Mercury retrograde in Pisces, on March 4, Mercury re-enters Aquarius for the second time this year, where it will remain until it goes direct on March 9," says astrologer Narayana Montúfar. "In this airy and intellectual sign, Mercury’s logic capabilities function way better. However, Mercury is still retrograde ... [and] we may be called back to clarify or correct anything that became clouded when Mercury first entered Pisces in mid-February."

This mid-retrograde sign switch could be seen as a positive thing, as Mercury retrograde in Pisces tends to make us feel even more confused than we usually do under this transit. But for a few zodiac signs, it could actually make things even hazier — meaning those signs will want to take some extra Mercury retrograde precautions. Here's the dish on the four signs that the last week of Mercury retrograde will affect most.

The last week of the retrograde offers you a chance to step back and start clearing up some of the drama and misunderstandings that you've felt in your close relationships, Leo. "As the fog begins to lift, you might suddenly realize that you misjudged the actions of someone close to you — and this week is extremely important when it comes to addressing the problem," Montúfar says. "As Mercury goes direct on March 9th, you will gain clarity and realize no one was to blame, not even yourself."

This retrograde has caused you all sorts of confusion, Virgo — but instead of getting worked up over how frustrating it's been, use the last week of the retrograde to slow down and make peace with where things are at. "You might not even understand what is happening with a certain situation, and it’s probably best to not waste any time trying to analyze it," Montúfar says. "It's probably here to stay, meaning that your energy is better spent working around it instead of letting it bother you every single day."

You're definitely feeling the effects of the retrograde during its final week, Aquarius — but that doesn't necessarily have to be a bad thing. "This will most likely be a big week for you as Mercury impacts the last degrees of your sign," Montúfar says. "This is quite a rare occurrence, bringing you a unique opportunity to refine or fine-tune a project, as well as find a solution to fix some kind of entanglement." Use the final days of the retrograde as a time to generate ideas without feeling pressured to take action.

This retrograde has led you through major identity issues and into some soul searches, so stay strong through this intense final week, Pisces. "It’s been an emotional journey and Mercury retrograding into your twelfth house of secrets could mean something is hiding below the surface, making you feel in limbo," Montúfar says. "Things will become clear as Mercury goes direct on March 9th, and the best thing you could do is collect the evidence you run into."