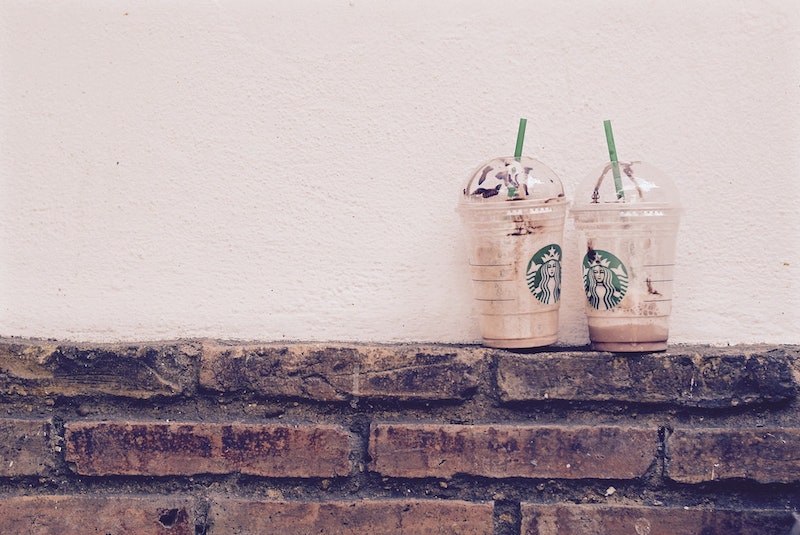 The Starbucks news is rolling fast and furious these days, so it was entirely unsurprising when I woke up this morning and discovered that there’s a new treat in town (again): The Starbucks Midnight Mint Mocha Frappuccino has arrived, and you guys? It sounds like it’s essentially a Thin Mint in a cup. Or, y’know, lots of Thin Mints, all blended up with coffee and other delightful things, and it is everything I have ever wanted in a summer drink. Why, yes, I have a sweet tooth; why do you ask?

What’s more, the new Frappuccino is just part of the many Frappuccino-tastic surprises Starbucks has in store for us this week: Frappuccino Happy Hour is also back for 2017, as is the almighty S’mores Frappuccino. From May 5 to May 14, all Frappuccino blended beverages are half off at participating stores from 3 to 6 p.m. local time, including the Midnight Mint Mocha and the S’mores Frapp; heck, you could even go ahead and order yourself a Mermaid Frapp and it’d still be half off.

But I know, I know — nothing in this package of Frappuccino-related wonderfulness is quite as exciting as the idea of being able to drink a caffeinated Girl Scout Cookie. So, what exactly is in the Midnight Mint Mocha Frapp? It all starts with Frappuccino Roast coffee, extra dark cocoa, “cooling mint sugar crystals” (and no, I don’t totally know what “cooling mint sugar crystals” are, but that’s not stopping me from imagining a giant ice castle built out of them, complete with Elsa singing from the balcony), milk, and ice. These ingredients are blended up together, after which they’re layered in a cup, parfait-style, with a cloud of whipped cream in the middle. The drink is then topped with more whipped cream and a dusting of dark cocoa. Um, yes please.

For the curious, this is what it looks like:

But hey, I’m not complaining. When it rains, it pours, and there are worse things that could be falling from the proverbial skies than a series of gustatory treats.

UPDATE: The Midnight Mint Mocha Frappuccino will cost around $4.45 to $4.75 for a 12-ounce Tall, depending on the market. It will be available starting May 2 at a majority of Starbucks stores in the United States and Canada; you’ll be able to get it throughout the summer months, or while supplies last.

EARLIER: I haven’t been able to dig up pricing info on the Midnight Mint Mocha Frapp yet, but given what a specialty Frappuccino at Starbucks usually costs, I’m willing to bet that this one will set you back somewhere between $4.25 and $4.95 for a 12-ounce Tall, depending on the market. I’m also not sure how long it’ll be available, so you may want to snap it up soon, juuuuuuust in case. I doubt it’ll be quite as popular as the Unicorn Frappuccino was — that one seems to have been an anomaly (because, well, unicorns) — but if there’s one thing we did learn from the Unicorn Frappuccino, it’s this: It is possible for a Starbucks location to run out of the ingredients for a limited edition drink long before the drink’s official end date rolls around.

Time, as they say, is of the essence!