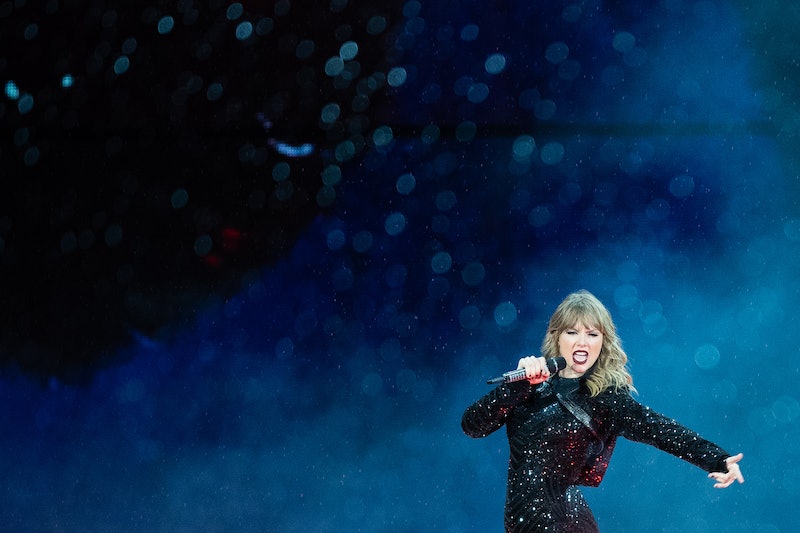 Cue the violins: All of the 2019 Grammy Awards snubs have been revealed, with nominations officially announced on Friday, Nov. 7. And although many great albums and artists got recognition, there were also some fan favorites — including Taylor Swift, Ariana Grande, and the Carters (AKA Beyoncé and JAY-Z) — who were overlooked for the chance to take home a gilded gramophone trophy in some significant categories.

While Grande certainly didn't go entirely overlooked, having scored two nominations, Arianators may be upset that her latest chart-topper "Thank U, Next" was shutout from the 2019 awards show. But before any high ponytails get all in a twist, don't forget that the Grammys nomination criteria states that only music released between October 1, 2017 and September 30, 2018 was eligible. Sadly, the song's November drop missed the deadline, but, hey, there's always next year.

In the interim, Grande, who dropped her latest album, Sweetener, in August, will vie for first Grammy win in either the Best Pop Vocal Album or Best Pop Solo Performance (for her single “God Is a Woman”) category.

Going up against Grande's Sweetener in the Best Pop Vocal Album category is reputation from Swift, who scored only one Grammy nomination overall. Timing also may have played a hand in her single 2019 nod, though.

The 10-time Grammy winner released her latest album reputation in November 2017, and so, yes, it was technically eligible for nomination this year, but by the time the 61st Annual Grammy Awards air on Feb. 10, the album will have been out for nearly a year and a half. Plus, it's worth nothing that reputation’s lead single, “Look What You Made Me Do” was eligible for a nomination last year but did not receive any sort of recognition from the Recording Academy.

On the Carter's summer hit "Apes***," off of their surprise Everything Is Love album, JAY-Z raps, "Tell the Grammys f*ck that 0 for 8 sh*t" in reference to his 4:44 shutout earlier this year. Well, they may have just been listening, as the Carters' joint album was overlooked in all of the major Grammys categories. (The project did, however, snag some smaller nods.)

Of course, Cardi B wasn't included in the Best New Artist category, despite her debut studio album Invasion of Privacy dropping this April. The reason? The "Bodak Yellow" rapper had earned two Grammy nods at last year's show. According to Billboard, the Grammys has adjusted the Best New Artist rules over the years, and they now state that "any artist with a previous Grammy nomination as a performer" would not qualify. The Bronx native still did just fine this year, though, earning five nominations, including Album of the Year and Song of the Year for “I Like It.”

Post Malone also did not earn a Best New Artist nomination, but he did earn several other important nods. As also reported by Billboard (via an anonymous source), the "Rockstar" rapper was "submitted for best new artist at this year's show but didn't garner a nomination." The debate, it seemed, was that, yes, Post Malone's 2018 album Beerbongs & Bentleys was his breakout, but he did also previously release an album called Stoney in December 2016.

And while "Shallow" — Lady Gaga and Bradley Cooper's lead single from A Star Is Born — was eligible for nominations this year and succeeded, the movie's full soundtrack wasn't released until after the Sept. 30 deadline. “We didn’t want to release the soundtrack before the movie because the soundtrack really is the story of the film," producer Lynette Howell previously explained to The Hollywood Reporter.

While there were certainly some surprises and disappointments this year, luckily, there are still some silver linings to soften the blow of the Grammys failing to recognize some of your favorite artists.