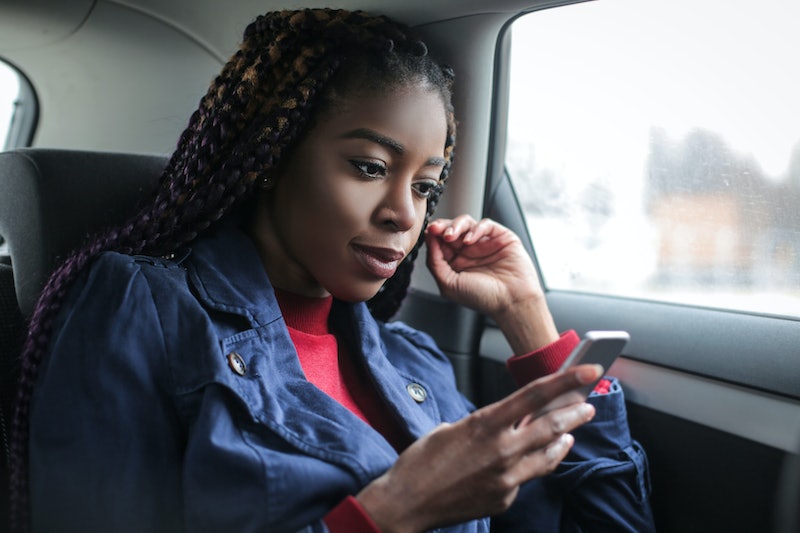 By now, chances are pretty good that you’ve tried online dating at some point, whether it’s on your computer or via your smartphone. With the New Year right around the corner, what happens to online dating on January 1? In a nutshell? It blows up.

"The beginning of a new year is the busiest time for PlentyOfFish, and the first Sunday of the year always brings the largest surge in signups and site traffic," Shannon Smith, Communications Manager at PlentyOfFish (POF), tells Bustle. "January 1st can signify a new start, so this year in particular we may see more singles than ever getting head starts on their resolutions. With many people ready to recommit themselves to finding someone special after the holidays, it's a great time to be looking for love."

Sound familiar? Overall, online dating is a huge phenomenon. And why not, right? Dating apps and sites are easy and efficient, and you can literally be swiping one minute and on a date IRL a few minutes later. According to findings by the Pew Research Center, 15 percent of adults reported using online dating sites or mobile dating apps last year. For 18- to 24-year-olds, the percentage has nearly tripled from 10 percent in 2013 to 27 percent today. Personally, I bet the numbers are even higher — and across all age groups — since not everyone admits to online dating.

So if you're single, looking, and don’t have a New Year’s Eve date, no problem! For everyone online dating out there, being online on January 1 is the place to be. Here is what some popular dating sites and apps found about their users in January. So if you’re planning on online and/or app dating in 2017, you may want to get your online dating profile ready.